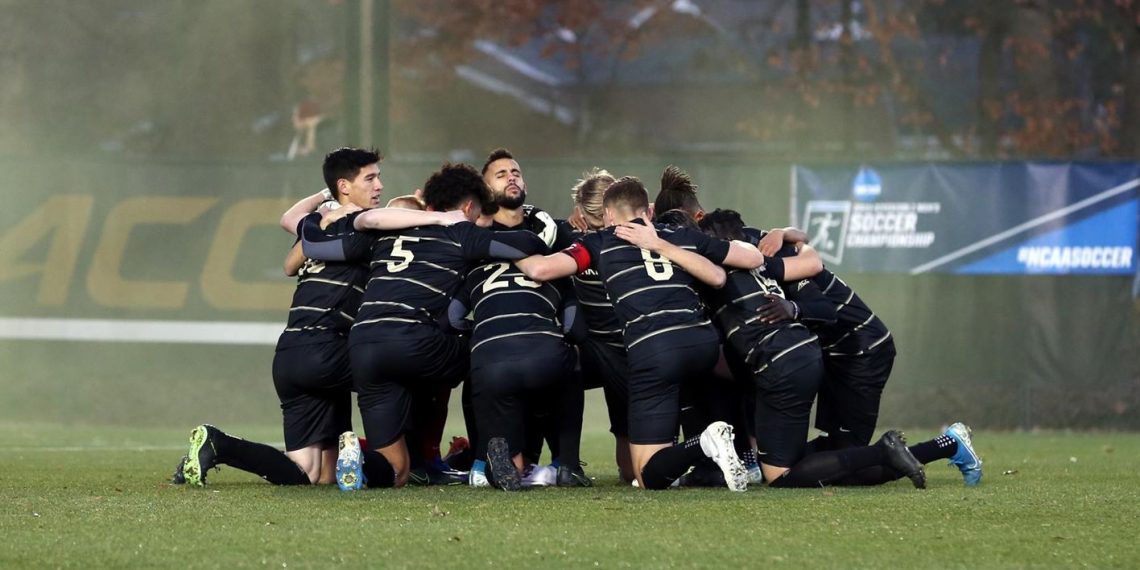 Wake Forest returns a solid contingent of experienced players from the 2019 team that was 16-5-2 overall and advanced to the College Cup with significant contributions from the entire roster due to a series of key injuries that necessitated lineup changes.

Opportunities for Improvement – Defense is where it starts at Wake Forest. Continued tenacity and organization on the defensive side of the ball. Solid team defense is critical to Wake Forest's possessin oriented offense and their ability to take advantage of opportunities to stretch the field of play and get in behind opposing defenders.

Coach's Recruiting Class Comment – Bobby Muuss stated, "We're really excited about this year's signing class and can't wait to get them on campus. It's a versatile group with high-level experience, which will help us all over the field. I especially want to thank my Associate Head Coaches, Steve Armas and Dane Brenner, for their hard work on the road to help put this impressive class together"

Summary – The old saying that the more things change the more things stay the same is applicable to the talent level and the style and brand of play at Wake Forest with the caveat that Bobby Muuss and his staff annually do an excellent job of making the adjustments needed to maximize the performance of the Demon Deacons. Wake Forest has won a total of eighty-nine games and advanced to the College Cup twice during the five seasons that Muuss has been at the helm of the program. That level of sustainable success and consistency doesn't occur without the existence of a solid foundation and culture.

Wake Forest will again be a multidimensional and experienced team in 2020 with a nice blend between upper and underclassmen. A solid group of returning players and a fresh crop of talented newcomers will give Muuss a lot of lineup options and combinations. Individuals like All-American midfielder Bruno Lapa who led the Deacons in scoring last year are not easy to replace but this is a program that has a history of players making big strides between their sophomore and junior seasons. In addition several of the current sophomores flourished last year as freshmen. The playing time the sophomores gained time last year should result in a bump in the level of their play in 2020. The newcomers will add depth and help stock the program for continued success while having the time to make a smooth transition.

Junior Kyle Holcomb (9g, 0a) is a prime timer and go-to guy who returns up-top to add punch to the offense. Senior playmaker Machop Chol (4g, 8a), a 2019 All-ACC Third Team selection, and sophomore Calvin Harris (6g, 3a), a 2010 ACC All-Freshman selection, are among others who will add balance and quickness to the attack up-top or in the midfield.  Sophomore David Wrona who appeared in sixteen contests last year will also be in the mix up-top.

Junior Isaiah Parente (1g, 7a), a 2019 All-ACC Third Team selection, returns to set the pace in the midfield. Senior Justin McMaster (4g, 1a), junior  Aristotle Zarris (3g, 4a) and sophomore Omar Hernandez (1g, 4a) are among other very talented returning linkmen. Senior Kyle McCurley who stepped into the lineup when Joey DeZart was injured last year, redshirt sophomore Jake Swallen (1g, 0a), and sophomore Takuma Suzuki round out a very deep and talented Deacon midfield.

Redshirt senior Michael DeShields (1g, 1a), a three-year starter, returns at center back to anchor the backline. Senior Justyn Thomas (0g, 1a), junior Holland Rula, sophomore Nico Benalcazar (2g, 0a) and junior Koby Carr who missed the 2019 season due to injury are among other returning defenders who figure to play prominent roles in 2020.

Redshirt junior Andrew Pannenberg who had a 0.72 goals against average with nine shutouts last year returns in goal along with redshirt junior Dominic Peters and sophomore Cole McNally to give the Deacons a deep contingent of returning netminders.

One of the biggest questions facing Wake Forest, as well as all college soccer programs in 2020, will be the impact that the downtime due to the coronavirus will have on their ability to gel as a team and develop a rhythm on both sides of the ball. This is particularly important to a team like Wake Forest with a possession oriented style of play.

Wake Forest has consistently been among the best teams in the country. There is no reason to expect anything different in 2020 from a program that has national aspirations and is aware that falling into a comfort zone can be hazaradous in the highly competitive ACC. The Demon Deacons will again have the talent base to challenge for the ACC Title and another deep run in the NCAA Tournament.