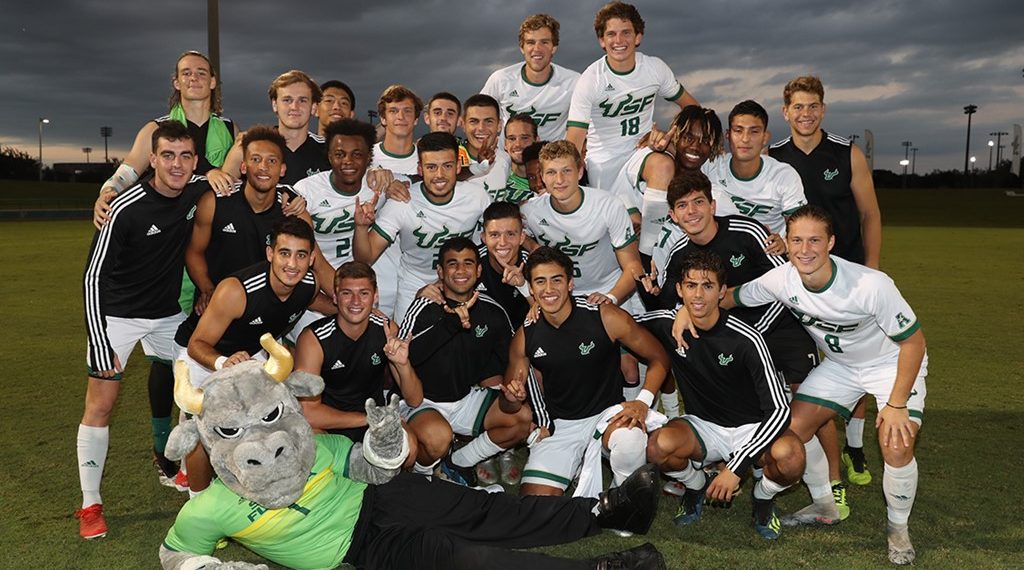 South Florida is coming off a season in which they were 11-7-1 with a 4-3-0 mark in American Athletic Conference play. The Bulls return a solid core of players supplemented by a promising recruiting class.

Big play ability. The ability to convert more of the scoring opportunities that are created in the final third.

The new normal in the now six member American Athletic Conference in soccer in 2020 includes a ten match double-round-robin schedule of conference matches. South Florida‘s season is slated to begin on Saturday, September 5 when they host Temple. The Bulls then host SMU the following Saturday and travel to tangle with in-state rival UCF in Orlando the next Saturday.

South Florida has improved during each of the three seasons that Bob Butehorn has been the head coach with six wins in 2017, seven wins in 2018 and eleven wins in 2019. The Bulls returned to the NCAA Tournament last year and had a double-digit win season for the first time since 2016. Butehorn will enter his fourth season at the helm of the South Florida program in 2020 with a team that on paper looks to be the strongest and most experienced from top to bottom that he has had to date.

Although the Bulls may be stronger and more competitive in 2020 than in 2019, it is difficult to determine how that will translate in terms of wins and losses and standing in the hierarchy of the very competitive AAC. South Florida was 4-3-0 in 2019 in conference play. Butehorn will not have to wait long to get a good idea how competitive his team will be in 2020.

South Florida’s first three contests of the season are with the three conference teams that defeated them in regular season play last year. The Bulls came out on the short end last year in a 3-1 contest with Temple, a 1-0 match with UCF and a 3-0 game with SMU.  Look for the outcome of those three matches to set the pace for South Florida’s 2020 season. Wins in those contests would be a huge momentum builder. The Bulls can’t afford to look past anyone and have to take it one game at a time but one of the best measures of the level of improvement at South Florida and their ceiling in 2020 will be how well they fare against AAC frontrunners SMU and UCF.

Senior Adrian Billhardt (6g, 1a), a 2019 All-AAC selection, returns up top along with sophomore Victor Claudel (3g, 2a). Billhardt is a playmaker who has been an impact player since arriving in Tampa. Look for Billhardt to again be the go-to guy in South Florida’s offense in 2020. Claudel was a starter last year who is now primed to get the bump in productivity that usually occurs between freshman and sophomore seasons. Freshman Oscar Resano is among several members of the recruiting class with the potential to add depth and an additional dimension to the attack up top.

The departure of Emilio Ycaza (4g, 0a) and Steven Rudderham (0g, 3a) necessitates some reloading in the midfield but a solid contingent of midfielders are set to return led by seniors Josue Monge (2g, 1a), Diego Guerreo, and Trey Jackson (3g, 2a). Juniors Richard Laval and Felipe Baptista are among other returning linkmen who will seek to be in the mix. Redshirt sophomore transfer Danny Cabrera who played in nineteen contests with four starts at Coastal Carolina in 2019 is among the newcomers who will be in the hunt for playing time in the midfield.

Sophomore Cooper Bay who started two contests last year and junior Kazuna Takase are among the returning players who will compete for the very significant starting job in goal that is vacant due to the graduation of Harrison Devenish-Meares.

Expectations are justifiably up at South Florida heading into the 2020 campaign but upward movement in the AAC hierarchy will require improvement on both sides of the ball. Cautious optimism is warranted. The Bulls may still be a season or two away from overtaking SMU and UCF. The bounce that the returning players get from the experience gained last year and the impact that the newcomers will have remains to be seen. Improvement on the offensive side of the ball will likely hinge on Adrian Billhardt’s big play ability, the productivity of Victor Claudel, and the ability of midfielders like Josue Monge and Trey Jackson and perhaps a newcomer or two to add balance to the attack. The backline looks to be very good but improvement and stability on the defensive side of the ball will likely depend on the level of play in goal which for now is a key unanswered question.