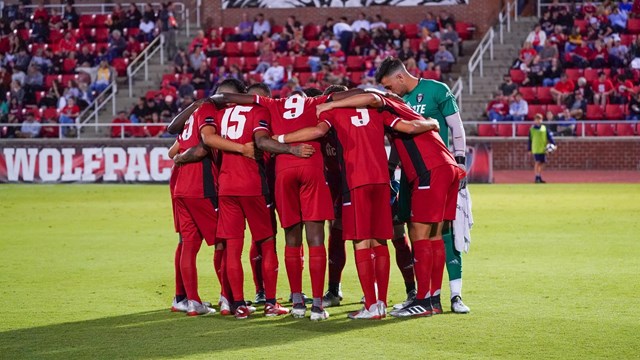 Good things are happening at NC State. The Wolfpack earned the program’s third consecutive berth in the NCAA Tournament last year while moving upward in the ACC hierarchy. NC State looks to be a program that is a work in progress while also securing positive results. That is a combination that bodes well for the future of the program.

Departures and Gaps – The Wolfpack will be without the services of midfielder David Loera (5g, 3a) who elected to enter the professional ranks after his junior season. Loera was a three-year starter who was a 2019 All-ACC Second Team selection and a 2018 All-ACC First Team member with nine career goals and fifteen career assists. Departures due to graduation include midfielders Tyler Gabarra (1g, 6a) and Gabriel Machado (2g, 3a) who was a two-year starter after transferring in from Monroe College and goalkeeper Vinnie Durand who was the starter between the pipes in 2019.

Opportunity for Improvement – The Wolfpack scored a total of twenty-three goals while allowing twenty-four last year. That ratio will need to change in order for continued improvment to occur. The Pack defense allowed three goals last year in four contests including ACC losses to Wake Forest, Syracuse and Clemson and their loss to Coastal Carolina in the NCAA Tournament.

Coach’s Recruiting Class Comment – George Kiefer stated, “With the foundation that we have been building here at NC State, we are now able to go out and be able to be very specific in our recruiting. These newcomers hit on all the position groups, and I’m really excited to see them out on the field as they have all played high-level soccer and will be tremendous additions to our team culture.”

Summary – Eight starters along with a group of players who logged significant minutes last year and goalkeeper Leon Krapf who missed all but one contest in 2019 due to injury are slated to return from the 2019 team that was 9-7-3 overall with a 3-4-1 mark in Atlantic Coast Conference competition. That means George Kiefer will have plenty of familiar faces to work with as he enters his fourth season at the helm of a program that earned a berth in the NCAA Tournament for three consecutive seasons for the first time since 1985-1987.

There is considerable continuity at NC State heading into the 2020 season with plenty of athletic ability returning at every position. Nonetheless the Wolfpack may be hard pressed to fill the void that exists due to the departure of midfielder David Loera (5g, 3a) who was the focal point of the Pack attack last year and a special player. Loera’s decision at the conclusion of the 2019 season to depart early to enter the professional ranks, like midfielder Manny Perez did at the conclusion of the 2018 season, leaves some big shoes to fill.

Junior forward Kuda Muskwe (5g, 2a) who had four game-winning goals last year is among the returning players with the potential to power the attack and assume the burden of being the focal point of the offense in 2020. Sophomore Tony Temple who appeared in fifteen contests last year and sophomore Sheldon China who appeared in three are among other returning players with the potenital to play a greater role up top in 2020. Forward Pau Palacin is among the members of the recruiting class who could be in the mix for minutes early on.

The midfield will be deep with several different lineup options available despite the loss of Loera and the graduation of Gabriel Machado (2g, 3a) and Tyler Gabarra. Junior Ivy Brisma, a starter for the past two seasons, returns to play a key role in the midfield or up top. Junior Pepe Garcia (3g, 2a), a two-year starter, returns to help carry the load as a midfielder or defender. Seniors George Asomani (1g, 0a), Brad Sweeney (0g, 1a) and Jose Morales and junior Aidan Foster (0g, 1a) should also figure prominently in the midfield mix in 2020. Redshirt sophomore A.J. Seals and juniors Bailey O’Connor and Eleo Domingos are among other returning linkmen who will be in the hunt for playing time. Junior transfer Alex Hernandez who was a starter last year at Appalachian State is among the members of the recruiting class with the potential to make an immediate impact in the midfield.

The backline will be experienced and should be a team strength. Seniors Jamie Smith (2g, 3a) and David Norris and sophomores Pablo Pedregosa (2g, 0a) and Kendall Edwards (1g, 0a) are among returning defenders who logged significant playing time last year. Senior Cyrus Rad and juniors Alex Bautista and James Orozco are among other returning backs who will seek to up their minutes in 2020. Junior transfer Parker Cross who was a starter last year at Appalachian State is a positive addition to the backline.

The Wolfpack will be in good hands in goal with the return of a healthy Leon Krapf who played every minute in goal during the 2017 and 2018 seasons. Krapf will no doubt be eager to return to the field of play after being sidelined last year due to injury. Sophomores Windham Ellis and David Merola also return between the sticks. Both are very capable goalkeepers.

The bottom line is that NC State seems to be well equipped for another successful season in 2020 based on the talent returning. A step backward is not likely but significant upward movement in the highly competitve Atlantic Coast Conference will require improvement on the defensive side of the ball and hinge on the Wolfpack’s ability to replace and build on the playmaking ability on the offensive side of the ball that Loera brought to the pitch. In a conference like the ACC which is loaded with competitive teams, it takes a complete and deep team to challenge for the title. Expectations are understandably higher now at NC State based on the success the program has had over the past three seasons. While the Wolfpack may not have the ingredients needed to break into the upper echelon of the ACC just yet, they are moving in that direction.

Declan Brose – Midfielder – Holly Springs, North Carolina – Brose is a sophomore transfer from Wake Tech where he was an All-Conference selection in 2019 with seven goals and seven assists. Took a gap year out of high school and played in France in 2019 for Stade Briochin.

Parker Cross – Defender – Cary, North Carolina – Panther Creek High School – A junior transfer from Appalachian State where he started nineteen contests in 2019 and recorded three assists. Appeared in fourteen games at Appalachian State in 2018 with one start. All-State and All-Conferene selection at Panther Creek High School where he had thirty-eight goals and fourteen assists in two seasons.

Alex Hernandez – Midfielder – Asheboro, North Carolina – Asheboro High School – Junior transfer from Appalachian State where he played in nineteen games with sixteen starts in 2019 and led the Mountaineers in scoring with five goals. In 2019 played in seventeen games at Appalachian State with one start. Played for USSDA Fusion where he scored twenty-five goals in three seasons. 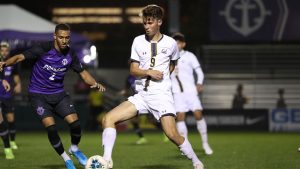