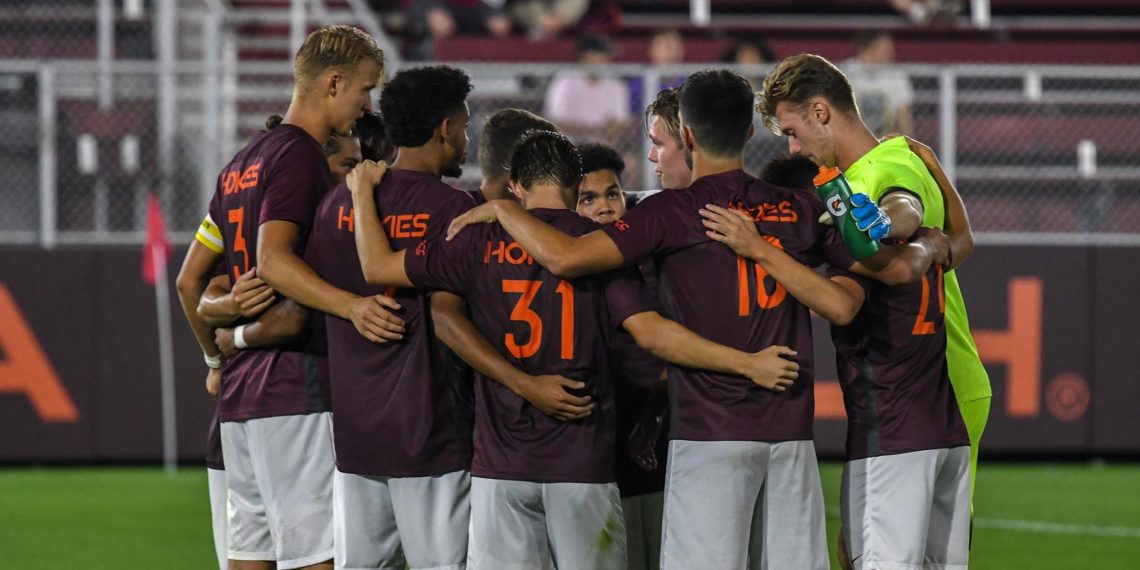 Virginia Tech will seek to sustain the level of play and momentum in 2020 that has resulted in four consecutive appearances in the NCAA Tournamnet but they will have to do so while playing one of the most challenging schedules in the country and without the services of the most decorated senior class in the history of the program. The good news is that a solid contingent returns supplemented by a recruiting class that does a good job of addressing the gaps that exist. Cautious optimism is warranted for a team that looks to have the ingredients needed to present matchup problems for most opponents.

Coach's Recruiting Class Comment – Mike Brizendine stated, "This class blends in with our team chemistry perfectly. Anytime that you have awesome young men that have a deep desire to win you will have a chance to win some games. I look forward to getting these guys on campus and getting started."

Summary – The Hokies come into the 2020 season off the most productive four-year span in the history of the program that began in 2016 with a program changing season during which Virginia Tech returned to the NCAA Tournament field for the first time since 2007 and advanced to the Elite Eight with a 13-5-4 overall record. The Hokies followed the 2016 campaign with three consecutive invites to the NCAA Tournament including the 2019 season in which they were awarded a program best number ten seed and advanced to the Sweet Sixteen.

Virginia Tech now has a roster with the across-the-board depth needed to annually reload rather than to rebuild. The success that the program has achieved has breed success on the recruiting trail both within the state of Virginia and elesewhere and created a winning culture. Accordingly, Mike Brizendine will enter the 2020 campaign with a solid contingent of returning players to work with augmented by an impressive ten member recruiting class that includes four experienced transfers with the potential to contribute immediately and several highly regarded freshmen which bodes well for the future of the program.

Good things are happening in Blacksburg but the natural cycling of college sports means that every year is different so cautious optimism is warrented. Virginia Tech faces a daunting 2020 schedule in which the difference between a win and a loss and a single-digit and double-digit win season can be very slight. There are no gimmie wins in the Atlantic Coast Conference. History has established that the balance of power in the ACC, which had a record ten teams in the NCAA Tournament field last year, can shift quickly from season to season. While the schedule will be a challenge, it also provides the opportunity for the Hokies to make their presence known on the national scene.

Virginia Tech should again have a potent and balanced offense in 2020. Chances are pretty good that the Hokies will be particularly dangerous out of set pieces. Senior midfielder Kristo Strickler (11g, 3a), an All-ACC Second Team selection, returns to power the attack along with sophomore midfielder Daniel Pereira (5g, 5a), a 2019 All-ACC Freshman Team selection, who was a key contributor to the success the Hokies enjoyed last year out of set pieces. Strickler, who was a walk-on as a freshman, is a three-year starter and Virginia Tech's leading goal scorer the past two seasons. Strickler's work ethic and team oriented attitude embodies the cohesive culture of the program. Pereira, who started every contest last year, now has the advantage that comes with having a season worth of experience under his belt.

Senior Jacob Labovitz (5g, 2a) who transferred in last year from Fairleigh Dickinson and sophomore Nick Blacklock (0g, 5a) who started fifteen of nineteen matches last year are among returning forwards who will likely be counted upon to add fuel to the attack up-top. Junior Kahill Dover, sophomore Alex Adjetey and redshirt freshman Daniel Starr are among other returning forwards who look to be in the mix. Junior transfer Cameron Joice out of Monroe College is among the newcomers with the potential to add an additional dimension to the attack up-top.

Strickler and Pereira return to set the pace in the midfield. Senior Camron Lennon (2g, 0a) who saw action in fifteen contests last year, junior Chris Little (0g, 1a), senior Andrew Weber and redshirt freshman Kyle Stenzel are among other returning linkmen who will seek to play a greater role in 2020. Junior defensive midfielder Kyle McDowell who joined the program in the spring transfers in from Ottawa University and sophomore Diogenes Mayola Kinyua who transfers in from Appalachian State are among the members of the recruiting class who should be in the hunt for playing time in the midfield.

The departure of backs Will Mejia and Jon Ingason (6g, 2a) who were three-year starters will sting but a solid necleus returns along with several newcomers who have the potential to make an immediate impact. Senior Jakob Bluemler (1g, 1a) who appeared in seventeen contests with ten starts, junior Sivert Haugli (0g, 1a) who has been a starter for the past two seasons, redshirt sophomore Nathan Durst who appeared in thirteen contests with six starts and redshirt freshman Mason McClendon are among a solid contingent of returning defenders. Junior transfer Zane Bubb from North Florida who joined the program in the spring is among the newcomers with the athleticism and experience to compete for a starting job in the back.

Virginia Tech had sufficient productivity on the offensive side of the ball last year to win several of the contests that they either lost or tied but were unable to contain their opponent. The offense, which found the back of the net thirty-nine times last year, should again be productive in 2020 and the additional depth of the 2020 team has the potential to enhance the consistency of their play.

There is some work to be done but an increase in the number of wins could be in the cards for the Hokies in 2020 if they stay healthy, if the attack continues to hold up its end of the bargin, and if they tighten things up and improve the consistency of play on the defensive side of the ball. The schedule is daunting but not so daunting to preclude another successful season in Blacksburg if everything falls into place.

Birkir Eythorsson – Midfielder – Icleand – Borgarholtsskoli – Played for Icelandic club Fylkir in Iceland's premier league. Prior to that he played for Fylkir youth team for fourteen years.

Zane Bubb – Defender – Saint Johns, Florida – Creekside High School – Junior transfer from the University of North Florida where he started sixteen contests in 2019 and led the Opsreys in minutes played. Scored two goals and added one assist at North Florida in 2019. Played in five games with one start in 2018. Four-year varsity player and three-time team MVP at Creekside HIgh School and was named the North Florida Player of the Year.  Played for Florida Elite Soccer Academy for four years.

Cameron Joice – Forward – Newcastle, Australia – Saint Phillip Christian High School – Junior transfer and team captain from Monroe College where he was a two-year letterwinner and appeared in twenty-nine contests with twenty-six starts. Had six career goals and one assist.at Monroe College. Played for the New Castle Jets and was a member of Austria's U-17 National Team.