The 2020 College Soccer Season. How The Coronavirus May Shake Things Up. 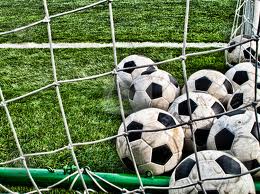 There are still a lot of big picture unknowns. Much is in limbo right now as reflected in the recent decison of Ivy League to place all sports on hold until at least January. Whether other conferences follow suit remains to be seen. The coronavirus crisis will eventually be in the rearview mirror but in the meantime there will be a new normal during the 2020 college soccer season.

Projecting ahead, the impact of the abbreviated spring season, the inability of players to participate in team related play during the offseason, and the changes that will occur in preseason training sessions will likely vary among programs. The new normal may shift the relative standing of teams and conferences in 2020.

The following factors are among those that have the potential to have a greater impact on team performance in 2020 than in the past.

Learning Curves could be extended further into regular season play for those teams that have a lot of newcomers in key roles. Teams with a solid core of returning players that have played together will not likely require the same length of time to gel. Establishing the desired balance between offense and defense may take a little longer this year.

Style of Play may make a difference. Teams with a more direct style of play may settle into a rhythm faster than those that are more possession oriented. Touch on the ball and the ability to put together combinations sometimes takes a little longer to fall into place.

Team Chemistry could be impacted. Programs with a solid core of returning leaders could have a greater edge than in the past. Some teams could take longer than in the past to sort out their identity which could impact their play in the early going.

Depth may have more of an impact in 2020 than in years past due to physical conditioning. Individual players may not be as game ready from a physical and stamina perspective in 2020. More may have to play their way into top condition. Team depth could be a significant difference maker from the get-go.

Change Management. The ability of coaches to adapt their practice sessions and preparation in general to the new normal will likely vary among programs. The facilities available could impact this.

Staying Healthy. Additional factors will be in play this year. Avoidance of the virus and the maintenance of a healthy roster will be impacted by the diligence of individual players, the procedures and processes individual programs put in place, and local conditions.

Physical Conditioning. Individual players were much more responsible for conditioning during the off season than ever before in the past. Competitive athletes know that their workouts are more productive and accountable when participaing with others. The ability of individual players to put together a full ninety minutes of play is dependent on being in shape. Lapses in play can occur when players are not fit. Poor conditioning could lead to early season upsets and more injuries.

International Student Athletes. Many teams build their rosters around international players. This could be a diffucult situation because US Immigration and Customs Enforcement recently announced that international students will need to leave the country or risk deportation if their school transitions to online only learning. Unless an exception is made for college athletes, this could result in the loss of international players that might have a significant impact on some programs.

The Recruiting Process. The restrictions preventing in-person contact in recruiting may result in more misses on the recruiting trail. The impact of this will likely vary among programs.

Recruiting Classes. Restrictions on traning sessions and player interaction may increase the amount of time it takes and make it more difficult for teams with large recruiting classes to seamlessly merge their newcomers in with returning players .

Transfers. It may take a longer period of time after the season has begun for transfers to make the transifion to a different style of play and new teammates.

Trial and Error. Soccer is among the first sports to get undeway after the start of the school year. Soccer will not have the benefit of learning from the experience of other sports.

Celebrations. Celebrations will no doubt be different. Some individuals and teams will be better able to adjust to changes like this than others.

Travel – Playing on the road could be more cumbersome than in the past due to precautions needed to keep players healthy. This could make away contests even more difficult.

Home Cooking – The fact that the crowds on hand at venues like Akron, Connecticut, Creighton, Indiana, Maryland, South Carolina, and Wake Forest among others may not be as large and perhaps as vocal as in the past might take away a little of the edge that some programs have when playing at home.