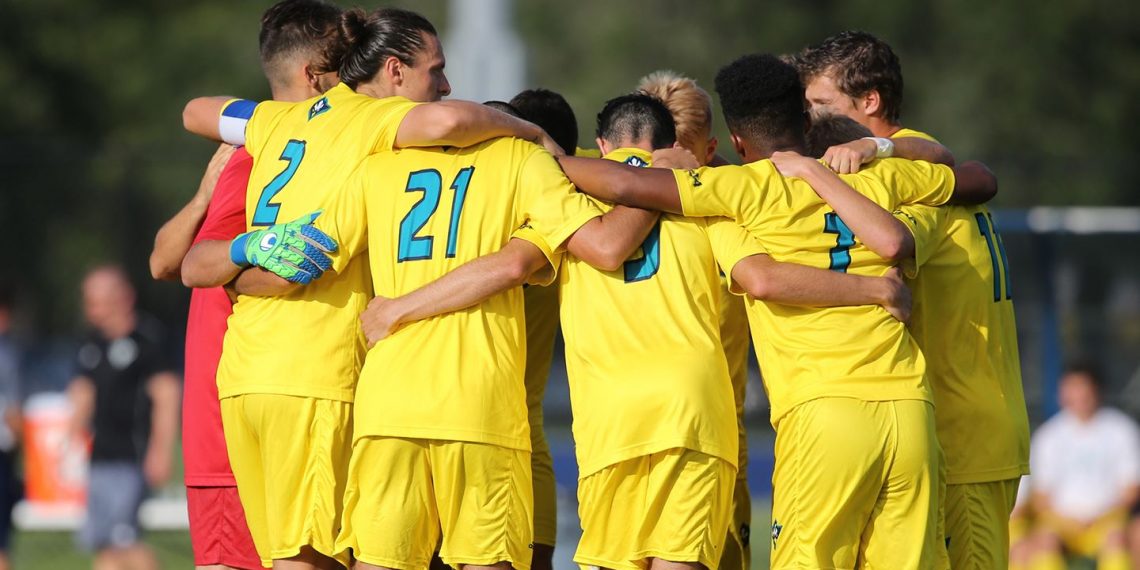 Personnel losses due to graduation create substantive gaps that must be filled up-top and in the back in order for the Seahawks to be a player in the Colonial Athletic Association in 2020. The opportunity exists for others to play a greater role in 2020. UNCW's success could hinge in part on the bump in the level of play of the current sophomores who now have a year of experience under their belts and the contribution of the newcomers.

Departures and Gaps – Departures due to graduation include forwards Phillip Goodrum (11g, 4a) and Mason Schuster (1g, 1a), midfielder Gabriel Cabral (3g, 3a) and defenders Danny Reynolds (4g, 5a), Mark Lindstrom (2g, 0a), Wilhelm Nilsson (2g, 0a) and Jamil Gracia (0g, 1a). Goodrum, Cabral, Lindstrom, and Reynolds were 2019 All-CAA First Team selections. Nilsson was a 2019 All-CAA Second Team member. Goodrum, Lindstrom and Gracia were four-year starters. Nilsson and Reynolds were two-year starters who transferred to UNCW as juniors. Cabral transferred to UNCW for his senior season.

Opportunity for Improvement – Twenty-three of the thirty-two goals that the Seahawks scored last year were placed in the back of the net by departed seniors with Phillip Goodrum accounting for eleven of them. Five returning players scored last year but none scored more than two goals. A goal scorer or two will need to emerge to power the attack and fill the void that exists on the offensive side of the ball due to graduation.

Coaches Recruiting Class Comment – Aidan Heaney stated, "Our recruiting class is one that will address some immediate needs we have as well as continue to add competition in all positions for us. We lost some experienced and talented players through graduation last year, a number of whom are now in the professional ranks, so we have worked diligently to recruit players who are excellent students and possess the work ethic needed to compete at the top levels of Division I soccer."

Summary – UNCW entered the 2019 season with experienced players on board up-top and in the back but with question marks in goal and in the midfield. Fast forward a year to the present and the midfield and goal look to be in good shape but there are unanswered questions up-top and in the back. The Seahawks looked to be an NCAA Tournament level team last year. They began the season with unexpected losses to Georgia Southern and Stetson but rebounded to go 12-5-2 overall and won the regular season CAA title with a 7-0-1 mark in regular season play. However, a weak RPI and a heartbreaking 1-0 loss in overtime to James Madison in the CAA Tournament Final at home in which they had to play most of the contest a man down placed them on the wrong side of the bubble and kept them out of the field.

The departure of four All-CAA First Team selections and one All-CAA Second Team member means that expectations will be a little lower heading into the 2020 campaign than they were last year, but expectations are never very low at UNCW.

One of the biggest challenges that UNCW faces heading into the 2020 season is replacing the offensive firepower that Phillip Goodrum provided. Goodrum, a three-time First Team All-CAA selection, finished a very successful tenure as one of only four players in school history to record back-to-back ten goal seasons. He started all seventy-six games in his college career and ranks fourth on the program's all-time list with thirty-two goals.

Sophomore Jalen Anderson (1g, 0a) who started the first six contests of the 2019 season before sustaining a season ending injury, sophomore Cannon Tootle (1g, 2a) who appeared in seventeen games last year with six starts, and sophomore Parker Norris (1g, 0a) are among returning forwards who will be eager to make an impact in 2020. Freshman forward Elias Taubo from Norway looks to be among the newcomers who could add an additional dimension to the attack.

The Seahawk midfield looks to be in good shape led by senior 2019 All-CAA First Team selection Jacob Evans (2g, 4a) who now has the benefit of a season at UNCW under his belt after transferring in last year from the University of St. Thomas. Evans is among the returning players who could play a key role in filling the gap that exists on the offensive side of the ball. Senior Alejandro Saez (2g, 1a) who started all nineteen games last year, junior Athit Berg (0g, 1a), and sophomore Colton Pleasants (2g, 1a) who was a 2019 CAA All-Rookie Team selection are among returning starters. Juniors Dominic Toone (0g, 1a) and Ryan Graham (0g, 1a), sophomore Gabe Mercer (0g, 2a) who played in seventeen games with three starts, and sophomores Jeffrey Masser and Michael Morell are among other returning midfielders who will be in the mix for a greater role in 2020.

Rebuilding the backline is the second challenge that Aidan Heaney faces heading into the 2020 season. Redshirt junior Drew Rabil (0g, 1a) who appeared in fourteen contests with five starts and sophomore Jaden Strumeier who saw action in fifteen contests last year are among returning backs. Freshman Johan Bjorck and senior transfer Michael Hornsby are among several members of the recruiting class with the potential to make an immediate contribution in the back.

Sophomore Gabriel Perrotta, a 2019 All-CAA Second Team selection who started seventeen contests last year with a 0.73 goals against average and eight shutouts, returns in goal. Perrotta was a difference maker last year and should be again in 2020 but he will have to do so without the benefit of an experienced backline in front of him. Senior Jonathan Gomes who started one contest last year also returns between the pipes.

It will be interesting to see how the Seahawks fill the very real gaps that exist due to the departure of a very talented and experienced senior class. All things considered the talent level at UNCW will measure up just fine with other members of the CAA and it is worth noting that this is not Aidan Heaney's first rodeo. Heaney, who will enter his twentieth year at the helm of the UNCW program, has successfully and quickly reloaded in the past. He will have talent to work with but he may not have the combination of talent and experience needed to prevent a learning curve and avoid a slight drop in the CAA standings.  There may be contests, particularly in the early going, in which the absence of a dominant goal scorer like Phillip Goodrum and an inexperienced backline will be felt.

Johan Bjorck – Defender – Stockholm, Sweden – Played club for Djurgardens IF. A solid ball winner with the physical and athletic ability to make an immediate impact.