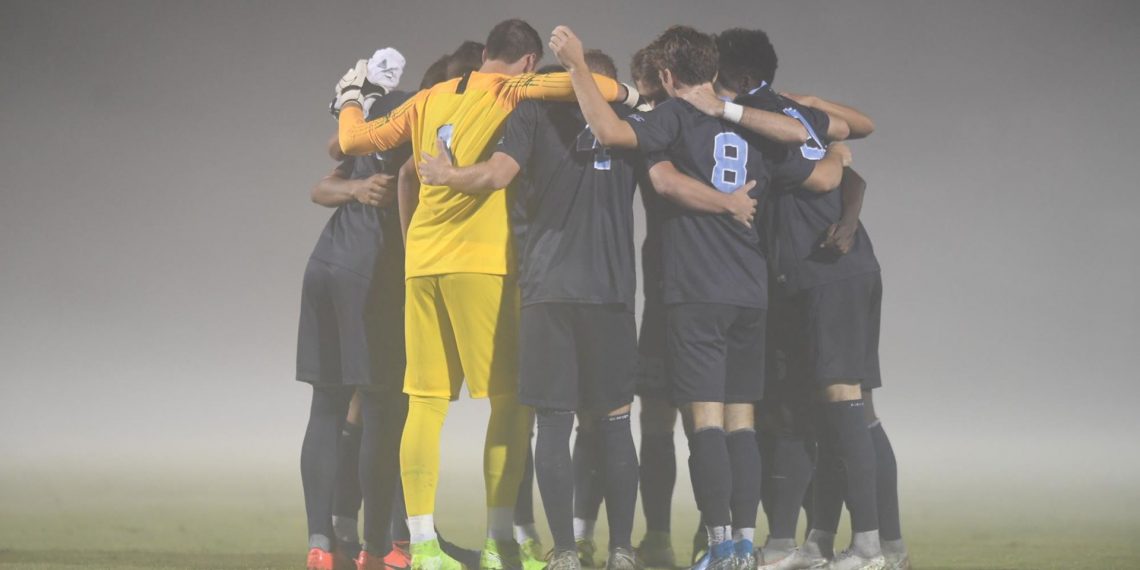 North Carolina will seek to rebound from a 7-7-4 season in which they were absent from the NCAA Tournament field for the first time in the nine seasons that Carlos Somoano, the active leader in winning percentage among Division I head coaches, has been at the helm of the program. It was an unexpected turn of events for a program that has been in the tourney field for nineteen out of the last twenty-one years and consistently ranked among the top ten teams in the country.

Opportunity for Improvement – The Tar Heels had trouble closing out games. Their 3-2 loss at home to Duke in which they were up 2-0 and 4-3 loss to Syracuse in which the Orange scored three unanswered goals were examples.  North Carolina only allowed more that one goal in one contest in 2018 (a 2-1 loss to James Madison in the NCAA Tournament). In 2019 they allowed opponents to score two goals or more in five contests. They lost four of those contests and tied one.

Summary – Things have been a little surreal recently in Chapel Hill. Who would have thought that the soccer team under Carlos Somoano and the basketball team under Roy Williams would have down years. On the other hand, the Tar Heel football squad under the direction of new head coach Mack Brown improved from 2-9-0 in 2018 to a respectable 7-6-0 in 2019 with a season ending momentum building win in a bowl game.  The goods news if you are among the Tar Heel faithful is that both the UNC soccer program under Somoano and the basketball team under Williams are among the premier programs in the country with winning cultures so the likelyhood that they will not bounce back is pretty slim. .

The turning point in North Carolina's season last year came in their 4-3 loss to Syracuse during regular season play when they allowed the Orange to score three unaswered goals in the last twenty minutes of play. The Tar Heels entered that contest with a 7-2-2 overall record and 3-1-1 mark in ACC play. They were nationally ranked and looked to be a sure bet for a berth in the NCAA Tournament. However, from that point forward they were 0-5-2 including a 1-1 tie with Campbell and a 1-0 loss to Appalachian State in non-conference play to close out the year with a 7-7-4 oveall record and  3-5-0 mark in ACC play. It was an unexpected and frustrating turn of events for a UNC team that has been a staple in the NCAA Tournament and entered the 2019 campaign as the preseason favortie to win the ACC title. The Tar Heels affirmed the old adage that the margin for error in college soccer, particularly in Atlantic Coast Conference play, is very slim and that things can change signficantly not only between but within seasons.

The Tar Heels will enter the 2020 season without several key pieces including three of their top goal scorers from the 2019 team due to graduation and will have to replace several experienced playmakers but there is no need for panic in Chapel Hill. A solid, although less experienced, necleus returns and Somoano, who is 128-37-26 as the UNC head coach, will bring on board an impressive recruiting class that will create the kind of competition for jobs that makes everyone better.  Look for North Carolina to regain the balance and confidence needed for their possession oriented offense to apply the pressure required to create scoring opportunities while maintaining the organization and stability needed on the defensive side of the ball. A case could be made that the Tar Heel defense has been so good in the past that it covered up any problems on the offensive side of the ball, but that luxary didn't exist down the homestretch last year.

Seniors Alex Rose (7g, 2a) and Giovanni Montesdeoca return to power the Tar Heel attack up-top. Rose was UNC's leading goal scorer last year and Montesdeoca who missed the 2019 season due to injury was their leading goal scorer in 2018. The loss of Montesdeoca last year took a big bite out of the Tar Hell attack. The productivity of Rose and and a now healthy Montesdeoca and the emergence of a few additional playmakers to add balance to the attack look to be the X-Factors in the Tar Heel offense in 2020. Senior Santiago Herrera (3g, 0a) who transferred in last year from UCLA and sophomore Jonathan Jimenez (2g, 0a) are among other returning forwards who are very capable finishers.

Senior Raul Aguilera (1g, 2a) returns to set the pace in the midfield.  The return of junior Lucas del Rosario (0g, 1a) who missed a large portion of the 2019 season due to injury is a big plus. Juniors Milo Garvanian (0g, 1a) and Antonio Lopez (1g, 1a) and sophomores Sebastian Berhalter and Cameron Fisher (1g, 0a) also return to give North Carolina a solid contingent of returning midfielders.

The backline and play in goal should be team strengths in 2020 based on the level of experience returning. Seniors Mark Salas and Matt Constant and sophomores Blake Malone (1g, 0a) and Julian Hinojosa are among key returning backs who now have the benefit of a year of playing together. Junior Alec Smir who was the starter in goal last year with a 1.06 goals against average returns to anchor the Tar Heel defense.

There is reason to be cautiously optimistic heading into the 2020 season with the duo of Rose and Montesdeoca providing punch to the offense and a solid contingent of experienced defenders returning. The midfield has the potential to be very good but there could be a learning curve due to the gaps that must be filled due to graduation. The newcomers may strengthen the midfield. All things considered, the chances are pretty good that UNC will get back on track in 2020. But for that to occur the things that went wrong on both sides of the ball down the homestretch last year will have to be addressed and go right in 2020. Specifically the defense must tighten up and play like the talented, experienced group that it is, and the offense will need to do a better job of creating and finishing scoring opportunities.