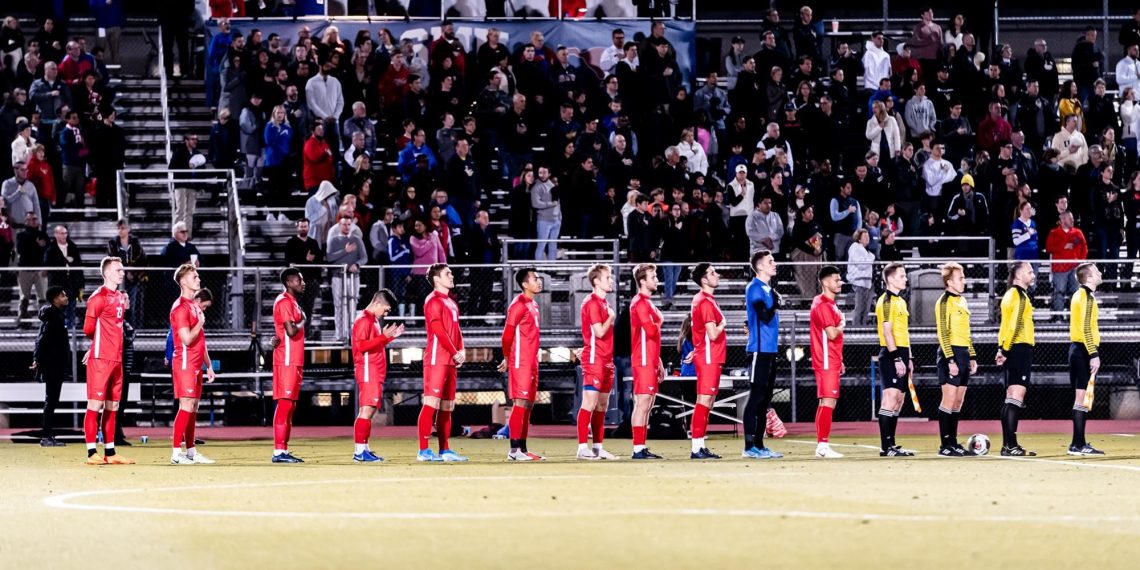 SMU has several key experienced pieces to replace, but things won't get any easier for opponents in 2020 who will likely have to find the back of the net multiple times in order to keep up with what should once again be a very productive Mustang offense.

Departures and Gaps: Departures due to graduation include forward Garrett McLaughlin (16g, 5a) who was a four-year starter with thirty-six career goals, defender Eddie Munjoma (12g, 8a) who was a four-year starter and the 2019 American Athletic Conference Defensive Player of the Year, defender Philip Ponder (0g, 1a) who was a three-year starter, midfielder DJ Williams (1g, 1a) and goalkeeper Patrick Michael Hillyard. The Mustangs will also be without defender Henrik Bredeli (3g, 3a), a 2019 AAC All-Rookie Team selection, who elected to sign a professional contract in Norway at the conclusion of his sophomore season. McLaughlin and Munjoma were 2019 All-America Team selections. The 2019 seniors finished their career with fifty-one wins, three conference championships and three NCAA Tournament berths.

Opportunities for Improvement: Others will have to step forward to replace the leadership, experience, and toughness not to mention the talent that the departed players provided. The departure of SMU's top two goal scorers has created a void in the attack that others will need to fill. SMU was tough on the defensive side of the ball last year but were vulnerable due to match-up problems in contests that resulted in a 3-3 tie with UCF, a 4-3 loss to Memphis and a 3-2 loss to Virginia.

Summary: Kevin Hudson will welcome back an impressive necleus including seven starters from the 2019 team that was 18-2-1 overall, won the American Athletic Conference Championship for the third consecutive year, and advanced to the Elite Eight in the NCAA Touranment. There are not a lot of gaps to fill due to departures but those that do exist are significant. The four starters who have departed the building leave big shoes to fill from a talent, experience and leadership perspective that will not be easily replaced. Hats off to the coaching staff for bringing on board a 2020 recruiting class that will help lessen the blow.

Last year a very prolific SMU attack netted a total of sixty-three goals. Only Clemson with a total of seventy goals scored more. Chances are pretty good that the Mustangs will again have another high powered multidimensional attack in 2020 if a player or two emerges to add firepower to the attack up top. Sophomore forward Papa Ndoye who transfers in from Long Island University where he was a 2019 All-NEC First Team selection and highly regarded freshman forward Jose Ortiz out of Arlington Sam Houston High School and the Solar Soccer Club are among the newcomers who could add the desired punch to the attack up top. The Mustangs need a scoring presence up-top to add balance to the attack.

SMU returns a group of midfielders that are built to run and stretch opposing defenders, which is something that SMU always does as well as anyone in the country. Junior Gabriel Costa (8g, 11a), the 2019  AAC Co-Midfielder of the Year and a consensus All-American, is a big play artist and prime timer who headlines a midfield that will be among the best from top to bottom in the country. Junior catalyst and playmaker Knut Ahlander (7g, 13a), a 2019 All-AAC Second Team selection, seniors  Nicky Hernandez (5g, 2a) and Noah Hilt (2g, 2a) and juniors Lane Warrington (0g, 3a) and Nick Taylor (0g, 3a) are among other returning midfielders who were starters last year. Junior Wyatt Priest (2g, 0a), sophomore Henry Smith-Hastie (2g, 1a) and senior Luke Thompson also figure to be in the mix. Junior transfer Skage Simonsen is a proven commodity who should immeiately factor into the rotation in the midfield.

The loss of defenders Eddie Munjoma, Philip Ponder and Henrik Bredeli necessitates some reloading in the backline. Seniors Brandon Terwege and Talen Maples (1g, 1a) who are three-year starters return to provide a solid core around with to rebuild. Juniors Tom Haney (1g, 1a) and Tobin Shanks and senior Josh Berney are among other returning backs who will seek to play a greater role in 2020. The backline should be buoyed by the addition of junior transfer Timo Hummrich, an All-CAA selection at Delaware, and sophomore transfer Judson Burns who should compete for a starting spot in the back.

Senior Grant Makela, the starter between the pipes for the past two years with a 0.90 goals against average last year and seven shutouts, returns to give the Mustangs an experienced and composed presence in goal. Junior Shane Lanson, a starter in six contests last year with a 0.32 goals against average and four shutouts, and sophomore Stephen Canty also return in goal.

On paper, SMU looks to be among the best teams in the country. However much will depend on the emergence of a scoring presence up-top, their ability to fill the voids that exist in the back, and how well the newcomers, particularly transfers Ndoye, Simonsen and Hummrich, adapt to SMU's style of play.

Timo Hummrich – Defender – Berlin, Germany – Hertha BSC –  A junior transfer from Delaware.  Named the 2018 CAA Rookie of the Year and a First Team All-CAA selection. Scored six goals and contributed one assist as a sophomore in 2019. Named an All-CAA Second Team selection in 2019.