The Challenges of International Recruitment in College Soccer – By Justin Sousa 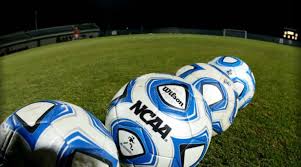 College soccer has been a long-standing platform for youth players to continue playing at a high level and receive a valuable secondary education. Even in the age of the U.S. Soccer Development Academy, the college system continued to pump out MLS and USMNT caliber players such as Jordan Morris, Jackson Yueill and Miles Robinson. Over the last decade, it’s also become a platform for international players to continue their journeys to the professional game while also planning for a future after their careers are over.

Yet, even with the growing number of international college soccer players, the actual process of recruiting such players remains a difficult one. The same financial aid provided to American citizens often does not extend to those coming to these programs from different countries. Investing large sums of academic scholarship money on international players that coaches may not be familiar with is also a big risk for any college soccer program.

“We have athletic aid to help kids pay for things, we have need-based aid to help kids pay for things based on family finances, but the need-based aid doesn’t extend beyond U.S. citizens,” Brian Wiese, head coach of Georgetown men’s soccer, said. “That makes it harder to extend our dollars to some of the international kids because they either have to be able to afford it, or we have to use a lot of athletic aid, and those funds run out pretty quickly. Luckily for Georgetown, we have great brand recognition, great degrees, it’s in a great conference and it’s got a lot of appeal for domestic kids.”

Georgetown rostered four international players in 2019, and only two of them featured in the national championship game against Virginia. Three of those players have now graduated, and goalkeeper Giannis Nikopolidis will be the sole international player at Georgetown as their incoming freshman class consists of nine domestic recruits.

Schools like Harvard, however, have the financial backing to recruit players outside of the United States. Their freshman class for next season features players from Costa Rica, Germany, Canada, Japan and England with only two of them having previous ties to the United States. The school’s global name recognition also helps sway international players to play for them over other Ivy League schools or competition in the ACC, AAC or Big East. Head coach Josh Shapiro’s experience working at the Division III level allows him to understand and appreciate the benefit of having strong financial support for a program.

“I think a lot of it has to do with your ability to attract players in a way that makes sense,” Shapiro said. “I didn’t have a lot of international financial aid while at Tufts, but I have phenomenal international financial aid at Harvard. Most [international] families are not prepared to spend money like American families are, so that $70,000 price tag can scare them. At Harvard, our ability to give full-grant packages and cover so much of the need for people makes it much more feasible.”

Harvard’s assistant head coach Mike Fucito also heralds the connections the school and the coaching staff have made both within the United States and overseas. Though the program has benefited from players taking the initiative of reaching out to the school on their own, a trusted contact who supports those players can go a long way in easing the recruitment process.

“As a starting point, it always helps to establish contact with people that we trust to send us players that we think are on the level,” Fucito said. “We also have a couple of guys who played for their respective national teams at youth level who just reached out to us. If we think it makes sense to go and see them, then we will definitely make an effort to go and do so. There’s more and more showcases popping up, but I think that’s still where we try to establish connections in different areas because it helps streamline the process a little bit.”

Still the ability to find players willing to buy into a coach’s philosophy and manage the egos some international players have can add to an already difficult task. Butler head coach Paul Snape emphasized the ability to judge a player’s character is as important as being able to assess whether they are good enough to play in college. The mental and emotional hardship of acclimatizing to a new country and the inevitable culture shock that comes with it also cannot be underestimated when contemplating the recruitment of an international player.

When programs can find these good international players, it compensates for the small pull of top domestic players going to college. The growth and development of youth systems within the United States has pushed top prospects towards signing professional contracts earlier instead of playing in college. If the talent pool just isn’t strong enough to maintain a competitive squad during conference and national tournament games, coaches are forced to explore their options outside of the U.S.

“If you can go and get a kid that’s been in a Bundesliga, Premier League, or La Liga academy for four or five years, he’s going to be exposed to all this high level competition and all this methodology even if he hasn’t made it to the first team,” Snape said. “What we’ve seen in the last decade is that the best kids are usually one-and-done, or the Christian Pulisics and Gio Reynas are going to Europe early.”

Shapiro shares a similar viewpoint on the ever-changing windows of opportunity to the professional game for players around the world. While Americans are acclimatized to their opportunities coming around their college years, youth players in Europe and South America are used to signing their first professional contracts when they’re 16, 17, or 18 years old. Those players know they can get a second chance at 22 years old, but they also know a college degree can provide future benefits if a professional career doesn’t materialize.

“Before the Coronavirus came in, I would call it an epidemic of early signings with kids signing USL contracts or MLS contracts,” Wiese said. “They think that the only way to succeed in the path to being a pro is to bypass college completely, but that just isn’t true. The coronavirus situation had quelled that because there’s no point in signing into an environment where nobody is playing, or the uncertainty is too high. There’s much more security in the college soccer ranks than there is right now in the pro soccer ranks.”

That uncertainty will undoubtedly have long-lasting effects on the pathways and development of soccer players across the country. What it does pose is an interesting challenge for college coaches to hone their recruitment skills and maximize their networks to continue building competitive rosters. Whether they do so through the inclusion of more or less international players is still to be seen as normalcy slowly resumes in the sports realm.

Justin Sousa is a contributing writer for College Soccer News. He can be reached at justin333@gmail.com.