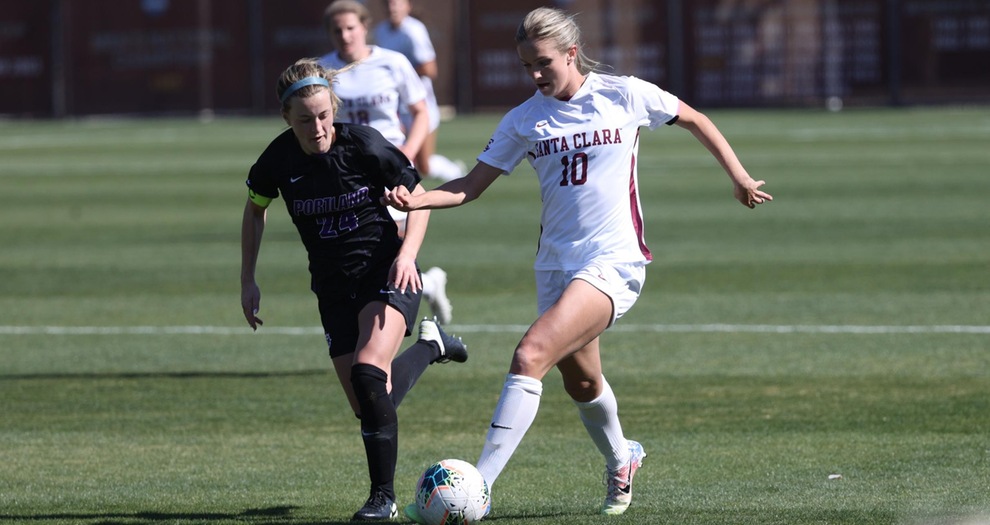 Turnbow who is from Scottsdale, Arizona has been an impact player for the Broncos since arriving on campus as a freshman in 2017. This past week she scored twice including the game winning goal in overtime to play a key role in Santa Clara’s 4-3 on the road win over Pepperdine. The win was the first for the Broncs over Pepperdine in Malibu since 1999.

The Broncos are 5-0-0 with five wins so far in WCC play. Santa Clara has a huge WCC contest coming up on Wednesday, March 31 with conference and national implications when they host a very good BYU team.