A Look At Several Of The Key Men’s College Soccer Matchups This Weekend That Will Have An Impact On conference And National Standing. 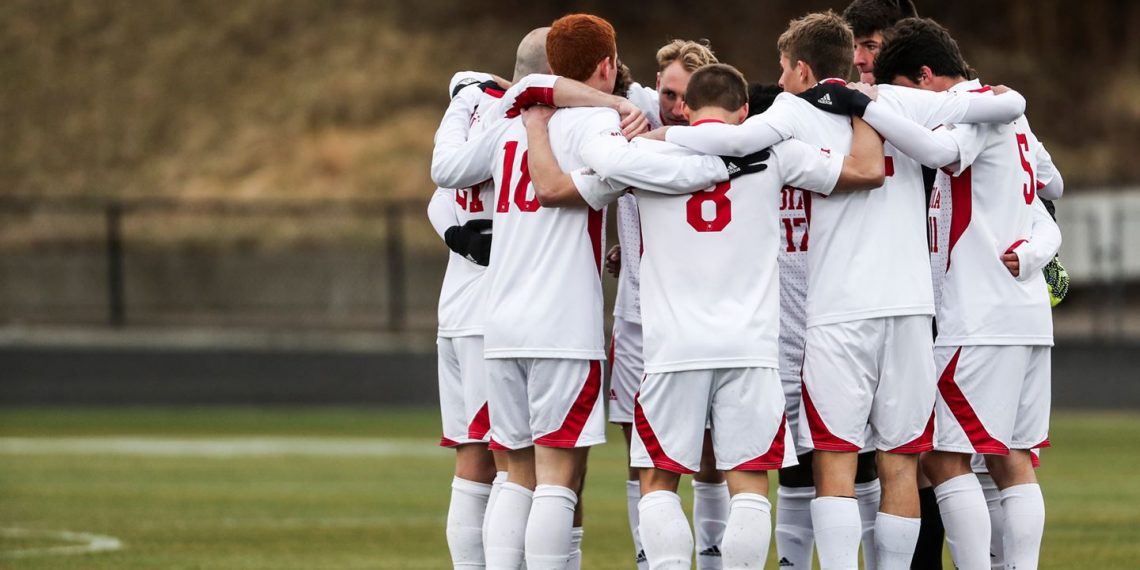 The Action Heats Up Coast To Coast As Teams Seek To Enhance Their Standing As We Head Down The Home Stretch Of The 2021 Spring Season.

This is an explosive Eagle team with a multi-dimension attack led by a group of sophomores who now have a year of experience under their belts. Boston College was the lone ACC team that didn’t play in the fall so it’s reasonable to assume that it took them a little while to shake off the rust.

Clemson is the consensus number one ranked team in the nation after winning the ACC Tournament in the fall and with wins so far in the spring season over Syracuse, Virginia Tech and N.C. State but the margin for error in ACC play is slim which means that the Tigers will have to bring their A game on both sides of the ball or they could leave Chestnut Hill will a loss.

Providence (4-2-1) vs. Georgetown (4-0-2) – Saturday, March 27 – Georgetown, ranked by College Soccer News as the number two team in the nation, has played well enough to avoid a loss but just barely. Four of their six contests to date have required extra time with the Hoyas prevailing in two of those contests and recording a tie in two including a scoreless contest on the road with Providence on March 6 in Georgetown’s spring season opener.

Georgetown looks to be a team so far that is playing to the level of their opponent. This is a talented Hoyas team but they remain a work in progress. This Big East contest could be the game in which everything falls into place for Georgetown. On the other hand, should they come out soft and allow a Providence team that has posted five shutouts to date to go up by two goals as they did in a recent contest with Villanova, they may find themselves in a hole that they are not able to dig out of.

Providence has been inconsistent in terms of offensive productivity. The Friars will likely have to post another shutout to have a shot at a win or another tie in their second meeting with the Hoyas.

Oregon State (7-2-0) vs. California (2-3-1) – Sunday, March 28 – Oregon State is coming off a disappointing and somewhat emotional 2-1 loss at home in Pac-12 play to a Washington team that they topped 2-1 when the two teams faced each other in Seattle on February 20. The Beavers travel to Berkeley to face a California team that they dominated 4-0 when the two teams squared off in Corvallis a couple weeks ago. The Beavers scored in the third minute of play in that contest and were able to control the pace of the contest.

California struggled out of the gate opening spring play with losses to Stanford, Washington, and Oregon State before rebounding to secure wins over San Diego State, UCLA and a scoreless tie with Stanford. The Golden Bears are a stronger team now than they were when they last faced Oregon State.

This one is going to come down to whether or not California can contain Oregon State’s offense. If California has to chase the game as they did when the two teams last met then Oregon State should prevail once again. An upset is not out of the question but is unlikely. Regardless Oregon State is flirting with disaster if they look past any Pac-12 opponent.

Pittsburgh (10-2-0) vs. Virginia Tech (4-5-2) – Saturday, March 27 – It is difficult to get a handle on this one. On paper Pitt looks to be a prohibitive favorite but Virginia Tech is a much stronger team than their record indicates.

This one is going to come down to which team can get their offense in gear. Pittsburgh has a multi-dimensional attack powered by midfielders Valentin Noel and Veljko Petkovic and forwards Dexter Alexander and Bertin Jacquesson.  Virginia Tech comes into the contest needing a win to get back on track after consecutive losses to Duke, Clemson and Virginia.

The return of senior Kristo Strickler will add additional punch to the Hokie attack. Forward Jacob Labovitz also looks to be a key to the productivity of Virginia Tech’s offense.

Both teams appear to have struggled in regard to finding the right balance between offensive productivity and stability on the defensive side of the ball. The team that is able to settle into a rhythm that will enable them to place their opponent under pressure while remaining organized on the defensive side of the ball will dictate the pace of the contest and prevail in this one.

Missouri State (6-0-0) vs. Loyola Chicago (3-2-2) – Friday, March 26 – Missouri State entered the spring season off a banner 2019 season in which they were 18-1-1 overall with a 10-0-0 mark in MVC play. Their only blemish in MVC play in 2019 was a 1-1 tie with Loyola Chicago in which they were topped by the Ramblers in penalty kicks in the MVC tournament championship match.

Missouri State under head coach Jon Leamy is off to an impressive start in the spring season with a 6-0-0 record and 5-0-0 mark in MVC play. The Bears, ranked by College Soccer News as the number eight team in the country, have allowed a total of only three goals while scoring 12 but their margin for error remains slim. Loyola Chicago under the guidance of head coach Neil Jones has scored seven goals while only allowing three.  Missouri State has a more potent attack but both teams are equally strong on the defensive side of the ball.

Missouri State comes into this contest off a 3-2 win over Drake in which forward Nicolo Mulatero scored two goals including the game-winner. Loyola Chicago comes into it off a 2-1 loss to Drake. Junior forward Fabian Becerra (2g, 0a) looks to be the X-Factor in Loyola Chicago’s attack.

This one is going to come down to which team is able to take advantage of the few scoring opportunities that come their way. Letdowns on the defensive side of the ball will be fatal. Neither of these teams wants to have to chase the game.  Whoever scores first should have a huge advantage. This one is up for grabs and belongs on the potential upset list.

Indiana vs. Michigan (4-1-1) – Saturday, March 27 – Rhythm and balance are the key ingredients in this Big Ten showdown. Both sides have the ingredients needed to put their opponents under pressure and will seek to find opportunities to push forward to secure a numbers advantage that they can exploit. Both will also be aware and sensitive to the fact that their opponent is capable of doing the same to them. The winner of this Big Ten match will have to put in a full shift on both sides of the ball. Look for the play of IU sophomore goalkeeper Roman Celentano and Michigan sophomore goalkeeper Owen Finnerty to be a factor in the outcome.

Indiana is ranked as the number nine team and Michigan as the number eleven team in the most recent College Soccer News Top 30 National Poll. Give Michigan the home field advantage and Indiana the edge on the defensive side of the ball along with the intangible advantage that goes with being Indiana. Both coaches will have their teams prepared. This one should be a dandy.

North Carolina needs a win to remain in the number on spot in the Coastal Division.  Notre Dame topped the Tar Heels 1-0 in the quarterfinals of the ACC Tournament when the two teams last meet in the fall 2020 season.

Chances are pretty good this one will again be decided by a single goal. Giovanni Montesdeoca looks to be the key to UNC’s attack. Jack Lynn and Aiden McFadden are the go-to guys in the Irish offense.

This is another contest in which the margin for error for both teams is very slim. Notre Dame is coming off a heartbreaking 3-2 loss to Wake Forest in which they uncharacteristically allowed the Deacons to score twice in the last fifteen minutes of the match. The Tar Heels are coming off a 0-0 tie with Syracuse during which they were unable to get into a rhythm on the offensive side of the ball but were solid defensively.

SMU (4-2-0) vs. Tulsa (4-1-1) – Saturday, March 27 – SMU has had a roller coaster season to date. The Mustangs looked to be among the top teams in the nation before suffering back-to-back losses to Temple on the road and UCF at home. They rebounded to secure a 3-2 win at home over South Florida in which midfielder Skage Simonsen contributed all three goals. Tulsa has two good wins over UCF, two wins over Memphis and a loss to South Florida.

This looks to be a tipping point contest for both teams with the winner gaining a ton of momentum. If SMU gets into a rhythm, they have the ability to score in multiples but they have also been porous at times on the defensive side of the ball.  A fast-paced run and gun tempo likely favors the Mustangs. Consistency has been a strength so far for Tulsa. A more controlled tempo favors the Golden Hurricane. Accordingly, Tulsa’s fate will hinge in large part on their ability to maintain possession and remain organized on the defensive side of the ball.