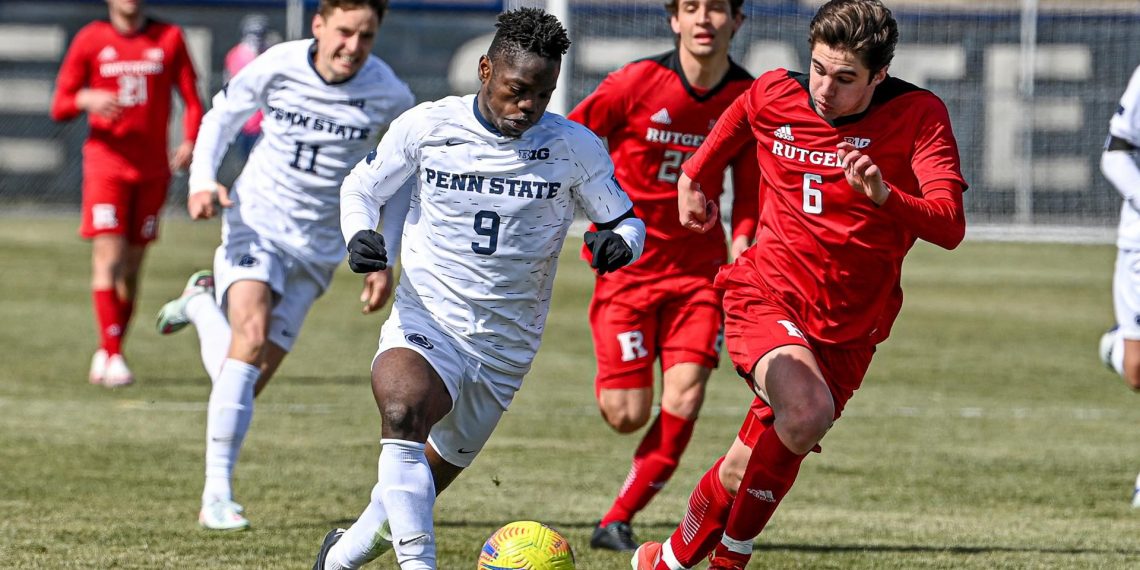 Bloyou helped Penn State secure Big Ten wins over Rutgers and Northwestern. In both contests he made the runs that he needed to make to be in the right place at the right time to create and then finish the opportunities to score that came his way.

Bloyou scored twice in Penn State’s 4-1 win over Rutgers. His first goal was set up by a nice combination of passes from Liam Butts and Andrew Privett. His second goal was a left footed blast from inside the box after receiving a pass from Tyler Evans.

Bloyou also contributed the game-winner in overtime with an assist from Evans to give the Nittany Lions the edge they needed to top a determined Northwestern team 1-0 on the road.

Penn State improves to 4-1-0. The Nittany Lions will host Ohio State on Tuesday, March 23 and Wisconsin on Saturday, March 27.