These Colleges Would Have Highly Competitive Men’s Division I Soccer Programs. Where There Is A Will There Is A Way. 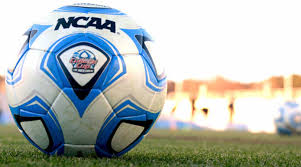 The likelyhood of men’s college soccer programs being added right now are probably slim to none due to the budgetary concerns facing athletic departments and compliance requirements contained in Title IX of the Federal Education Amendments of 1972 which mandated that educational institutions provide equal opportunity to men and women in athletic programs. In short, Title IX, requires that colleges give scholarships to men and women in roughly the same proportion as the male-female student population ratio. The addition of another men’s program without the addition of another women’s program could raise Title IX compliance issues.

Be that as it may, the following colleges are among those who do not currently have a men’s Division I soccer program that would likely be very competitive if they did. All are in states that have a solid contingent of very competitive home grown talent, all would be members of a highly successful conference or fit nicely into a conference as an affiliate member, and all have successful women’s soccer programs with a good following which would tend to indicate that the same would be true if they had a men’s soccer program.

Florida State University – Go Noles. There is a ton of soccer talent in the state of Florida. A lot of it departs Florida every year to play collegiate soccer elsewhere. Many who go elsewhere would welcome the opportunity to remain in-state and play for the Seminoles in the Atlantic Coast Conference.  FSU created a women’s program in 2000 that has been very successful with a lot of in-state talent playing key roles. The women’s program has a solid fan base. No reason to believe that a men’s program would not thrive as well. A men’s soccer program at FSU would be a win-win. It would be win for Florida State, a win for soccer in Florida, great for the ACC, and a plus for soccer in general. .

Georgia Tech – Georgia, the Atlanta area in particular, is a hot bed of youth soccer. Concorde Fire is just one of many successful soccer programs in the area. The Yellow Jackets are members of the Atlantic Coast Conference which would be a big plus in terms of recruiting and program stability.  Atlanta is a large metropolitan area and hub. The market for college soccer in Atlanta is huge as reflected in the fact that Atlanta United which began play as an MLS expansion team in 2017 has one of the largest fanbases in the MLS.  Georgia Tech is the only school in the ACC that does not have a womens soccer program. They do have both mens and womens club soccer teams but this is a college that looks to be a natural for a Division I varsity program.

University of Georgia – The Bulldogs are members of the SEC. Kentucky and South Carolina are the only two SEC schools that currently have men’s Division I soccer programs. Both are affiliate members of Conference USA in men’s soccer which also includes Marshall, Charlotte, FIU, FAU, UAB and Old Dominion. The University of Georgia would be a great addition to Conference USA. The fact that both South Carolina and Kentucky have had successful teams with a very solid fan base is a good indicator that Georgia could do the same. Football is the big dog at the University of Georgia and in the SEC and always will be. Regardless, Georgia could field a very competitive men’s soccer program by tapping a portion of the in-state talent as well as the talent in neighboring states. There are a lot of young men in Georgia who are die hard Bulldog fans and elite soccer players who would like nothing better than to be able to represent the University of Georgia in soccer. The state of Georgia has produced a lot of very talented soccer players. Georgia added a women’s soccer program in 1995 when former football head coach Vince Dooley was the athletic director. The women’s program has enjoyed great fan support. A men’s team would as well with plenty of very competitive opponents not very far from Athens.  .

Brigham Young University – There are a lot of reasons to believe that BYU could field a very competitive Division I men’s soccer program. For starters, youth soccer is very big in Utah. The Cougars currently have a very competitive club team that some might favor over a Division I program. The BYU women’s soccer team under the direction of head coach Jennifer Rockwood has qualified for the NCAA Tournament twenty out of the twenty-five seasons that the program has been in existence. In 2019 they were 21-1-1 overall, won the West Coast Conference title, and advanced to the Elite Eight. Thirteen of the twenty players on BYU’s 2020 women’s roster are from Utah. It stands to reason that there are also talented young men in Utah who would like to stay in-state and play for BYU. Utah Valley University which is located in Orem, Utah is the only Division I men’s college soccer program in Utah. Utah Valley began play at the Division I level in 2014 in the Western Athletic Conference. Under head coach Gregg Moss, Utah Valley has been very competitive in the short period of time that the program has been in existence at the Division I level. The fact that the Wolverines earned a berth in the NCAA Tournament in 2015 speaks for itself. A men’s Division I soccer program at BYU would also prosper and be a great addition to the West Coast Conference.

University of Southern California – USC checks all the boxes when it comes to warranting a men’s Division I soccer program yet is one of the few schools in California that does not offer a varsity men’s soccer program. It shoud be noted that the Trojans do have a self-funded club team. California is among the top producers of highly competitive youth soccer players in the United States with numerous academy teams. USC would not have a problem fielding a very competitive men’s team. They would play in the highly competitive Pac-12 which would also benefit greatly from the addition of another participating school in men’s soccer. The women’s program at Southern California has been very successful with a resume that includes winning the national championship in 2007. All the Pac-12 schools have Division I women’s soccer teams. The interest as well as the talent exists to field a successful men’s soccer program at Southern California. The large contingent of international students at USC makes it even more of a natural. The fan support that the LA Galaxy enjoys in the MLS is just one more positive indicator. A men’s soccer program at USC would blossom in no time at all.

Washington State – Washington State has a men’s club team but not a Division I mens soccer program. There is a lot of talent to draw from in Washington and California as well as other neighboring states. The Cougars would have the additional advantage of playing in the highly regarded Pac-12 Conference. Washington State began fielding a women’s Division I soccer program in 1993. Last year the women’s team advanced to the College Cup for the first time in the history of the program.  Jamie Clark at the University of Washington in Seattle has fielded very successful teams by recruiting heavily within the state of Washington. Pullman might be a little less attractive to some than Seattle but there is no reason to believe that Washington State could not attract its fair share of elite players. Enthusiasm for soccer in general is favorable in Washington as reflected in the number of folks who attend the MLS contests of the Seattle Sounders.