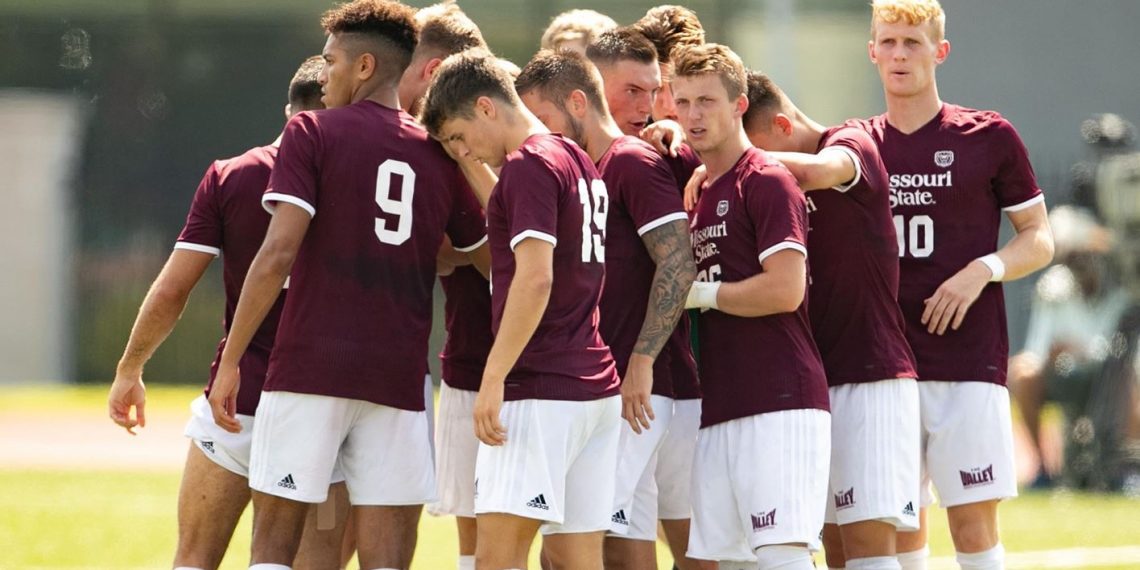 What will Missouri State do for an encore in 2020 after an historic 2019 season in which they were a program best 18-1-1 with a perfect 10-0-0 mark in Missouri Valley Conference play? Don't let the fact that the Bears were eliminated in the second round of the NCAA Tournament distract you. They were among the top teams in the nation last year and will enter the 2020 season with a solid core of returning players supplemented by a six member recruiting class that has an international flavor and includes three transfers.

Departures and Gaps – Missouri State has several big shoes to fill due to graduation. Departures include forward Matthew Bentley (15g, 4a), midfielders Stuart Wilkin (5g, 4a) and Ian Jones (3g, 2a) and defender Ben Stroud (4g, 0a). Bentley was a 2019 College Soccer News and United Soccer Coaches All-American and the Missouri Valley Conference Offensive Player of the Year. Wilkin was a 2019 All-MVC First Team selection and four -year starter. Jones was a 2019 All-MVC Second Team selection. Stroud was an All-MVC First Team member and a four-year starter.

Opportunities for Improvement –  Granted, it's hard to improve on an eighteen win season and perfect 10-0-0 mark in conference play. Continued improvement in their ability to close out games in 2020 hinges on the bump in play that the returning players get from the experience gained last year and the ability of the newcomers to help fill the voids that exist. Team chemistry and the hunger for improvement after a banner season are always important.

Coach's Recruiting Class Comment –  Associate head coach Michael Seabolt stated, "The 2020 additions to our program are very important for our short and long term goals. It is our responsibility to make sure we continue on the path of growth that has hallmarked this program since its inception."

Summary – Missouri State will enter the 2020 season full of ambition and momentum as they hope to build on a stellar 2019 campaign in which they were 18-1-1 overall, won the MVC regular season title with a 10-0-0 mark in conference play, returned to the NCAA Tournament for the first time since 2009, and secured the program's first ever win in the NCAA Tournament. With that said, the Bears do have a few key crucial gaps to address due to graduation. The 2019 team excelled in large part because they combined the program's normally tenacious play of the defensive side of the ball with an explosive and balanced attack that enhanced their chances of winning the close contests.

Missourii State will be without the services of defender Ben Stroud who was a four-year starter. However, the backline will again be a position of strength for the Bears in 2020. Senior Kyle Hiebert (1g, 2a), a 2019 All-America selection and the MVC Defender of the Year, is slated to return to anchor the backline. Hiebert is a team leader and consistent ball winner with three years of starting experience under his belt. He will be joined by senior Connor Langan (0g, 3a), a three-year starter, and senior Gregg Stratton (1g, 3a) who was a starter last year. Redshirt sophomores Hugo Jonsson (1g, 1a) who appeared in fourteen contests last year and Sean Green and redshirt junior Evan DeGreeff look to be among other returning defenders who will be in the hunt for a greater role in 2020. New recruits Samuel Ottley who is a transfer from Newberry College and Mattis Koch have the potential to compete for playing time in the back right away.

Redshirt junior Michael Creek, the 2019 MVC Goalkeeper of the Year and a United Soccer Coaches All-West Region selection, returns between the pipes to anchor a Bear defense that allowed a total of only thirteen goals last year while posting nine shutouts. Creek has been the starter for the past two seasons. Redshirt junior Gage Steiner who saw action in two contests in 2020 also returns between the pipes.

The midfield is somewhat of a question mark heading into the 2020 season due to the graduation of All-MVC First Team member and four-year starter Stuart Wilkin (5g, 4a) and All-MVC Second Team selection Ian Jones (3g, 2a). Both added an additional dimension to the attack. Juniors Jack Denton (0g, 9a) and Aadne Bruseth (2g, 2a), sophomore Kian Yari (0g, 1a) and redshirt sophomore Will Osgathorpe (1g, 2a) are among returning players who provide a sound foundation upon which to reload. Denton was effective in the defensive midfielder role and played a key role in putting into play most of Missouri State's set pieces. Bruseth appeared in fifteen contests last year with twelve starts. Yari gained valuable first year experience and was named to the MVC All Freshman Team. Osgathorpe played well before sustaining an injury early own that cut short his season. Nicolas Torres who transfers in from Iowa Western Community College is among the newcomers who should compete for minutes in the midfield right away.

Replacing a consensus All-American like forward Matthew Bentley will not be an easy feat. Bentley trasferred to Missouri State last year after playing for West Virginia Wesleyan College for three seasons. Bentley's fifteen goals including six that game-winners had a lot to do with the increase in the Bears' offensive productivity from twenty-six goals in 2018 to forty-three goals in 2019. The good news is that All-American senior forward Josh Dolling (7g, 5a) is slated to return up-top to power the attack. Dowling is a pure finisher and power forward with big play ability as refected in his five game-winning goals last year. Juniors Nicolo Mulatero (2g, 1a) who appeard in twenty contests with fifteen starts last year and Dawson Lee (1g, 2a) who appeared in twenty games with nine starts and sophomore Jon Koka who saw action in seventeen matches also return up-top. .

The bottom line is that it will be difficult to acheive another eighteen win season but despite the loss of several key players due to graduation, the 2020 team returns the talent on both sides of the ball to again be very good.

Samuel Ottley – Defender – Telford, England – Transfer from Division II Newberry College where he played the past two seasons. Played with Wolverhampton and Barnsley clubs in England.