Indiana Announces Six Recruits. Hoosiers Eager To Get Underway In 2020. 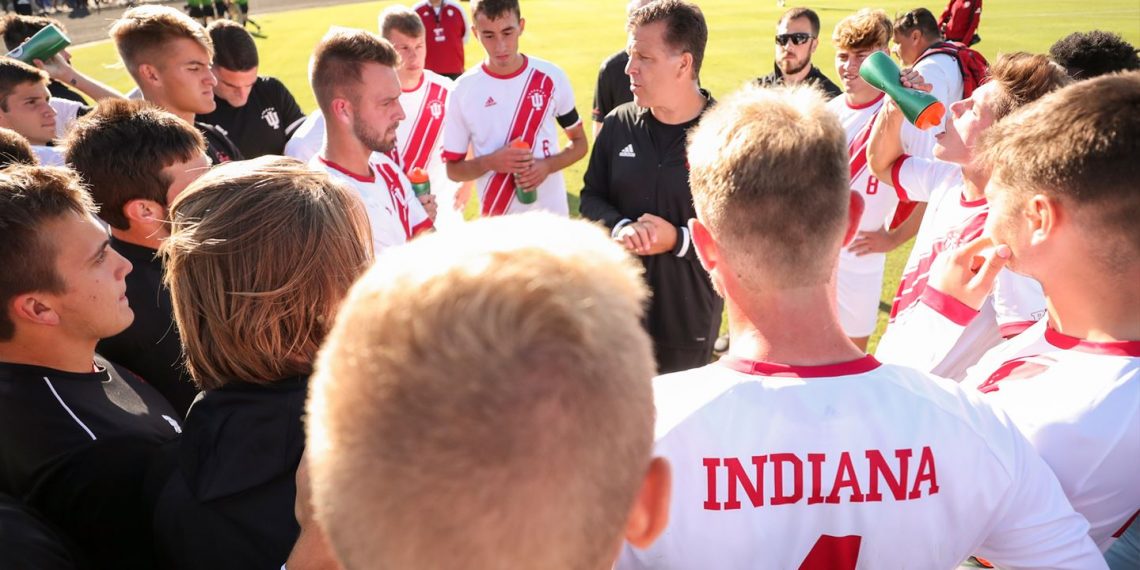 Indiana returns a solid necleus from the 2019 team that was 15-3-4 overall with a 7-1-0 mark in Big Ten play. It was IU soccer as usual in 2019 with the Hoosiers winning both the Big Ten regular season and tournament titles and earning the number five seed in the NCAA Tournament despite the fact that they faced the challenge of replacing ten starters from the 2018 team that had advanced to the College Cup.

Departures and Gaps – Back Jack Meyer (4g, 2a), the 2019 Big Ten Defensive Player of the Year, and midfielder Aidan Morris (2g, 8a), the Big Ten Freshman of the Year, departed early to enter the professional ranks. Defenders Simon Weaver an All-Big Ten Second Team selection and Jordan Kleyn, midfielder Joris Ahlinvi (2g, 0a), and goalkeeper Sean Caulfield were the seniors on the 2019 team.

Opportunities for Improvement – The Hoosiers had a lot of freshmen in key roles last year. If they get the traditional freshman to sophomore bump in the level of their play they will be a force to contend with in 2020. Indiana had a productive offense last year but there is room for improvement in their ability to take advantage of the scoring opportunities that come their way.

Coach's Recruiting Class Comment – Todd Yeagley stated, "We are really excited about our incoming class. It is a balanced group that will help strengthen our team heading into the 2020 season. It is important we continue to build upon our strong tradition of excellence and without question this class will leave a positive mark on the soccer program. They possess the strong character and winning mentality that we look for at IU."

Summary – Expectations are always high at Indiana but they were tempered a little last year because the Hoosiers entered the 2019 season without ten starters from the 2018 team that advanced to the College Cup. Indiana's roster in 2019 included eighteen true or redshirt freshmen. The potential existed for a learning curve that would provide opponents the opportunity for a little revenge but that was not to be the case. Todd Yeagley and his stafff did an excellent job of merging the newcomers in with returning players. The freshmen proved to be differnece makers who hit the ground running and the returning players quickly transitioned into roles of greater responsibility. In retrospect, it was short-sighted to underestimate the ability of a program that has earned thirty-three consective invites to the NCAA Tournament to quickly reload.

It was a banner season with the exception of the fact that the Hoosiers' season came to a heartbreaking end sooner than expected when they were upset at home by UC Santa Barbara 1-0 in the Sweet Sixteen. The memory of that loss, as is often the case, should provide a little extra incentive in 2020.

Indiana will enter the 2020 campaign with significantly fewer gaps to fill and a talented bunch of sophomores who should benefit from the experience they gained last year. Regardless, the decision of defender Jack Meyer to depart to enter the professional ranks after his sophomore season and midfielder Aidan Morris to do the same after a one year stay in Bloomington leave gaps that could be a challenge to fill.

Yeagley will have a lot of lineup options. Sophomores Victor Bezerra (8g, 3a), All-Big Ten Second Team member Joshua Penn (6g, 2a), All Big-Ten Freshman Team selection Herbert Endeley (2g, 3a) and Maouloune Goumballe (2g, 3a) and seniors Thomas Warr (2g, 2a) and Ian Black (3g, 1a) are among returning players who will power what should be a balanced and explosive attack either up-top or in the midfield. Redshirt junior Joe Schmidt (1g, 2a) returns to set the pace and add stability to the midfield.

Redshirt senior, captain, and All-Big East Second Team selecion Spencer Glass (1g, 2a) and redshirt senior A.J. Palazzolo (3g, 4a) will provide an experienced and talented presence on the backline. Redshirt sophomore Daniel Munie (1g, 1a) and sophomore Brett Bebe are among other returning defenders who figure to be in the mix in 2020. Sophomore Roman Celentano who started fourteen contests last year with a 0.55 goals against average and eight shutouts returns in goal to anchor the defense with the added benefit that accompanies a year of experience.

Todd Yeagley, as his father Jerry Yeagley did before him, always does a really good job of recruiting and developing talented soccer players who are also great athletes. The 2020 recruiting class is no exception with several members capable of contributing right away and providing the depth that is a critical success factor as the season progresses.

Players who scored thirty-two of Indiana's forty goals last year are slated to return. The Hoosiers look to be a very balanced and experienced team in 2020 with multiple players who have the ability to add punch to the offense along with a solid contingent of defenders. The stability that Jack Maher brought to the defense will be missed but the biggest challenge will be replacing the playmaking ability that midfielder Aidan Morris brought to the pitch. There is no need to temper expectations at IU heading into the 2020 season.