James Madison Reloading In 2020. Newcomers Will Have The Opportunity To Make An Impact 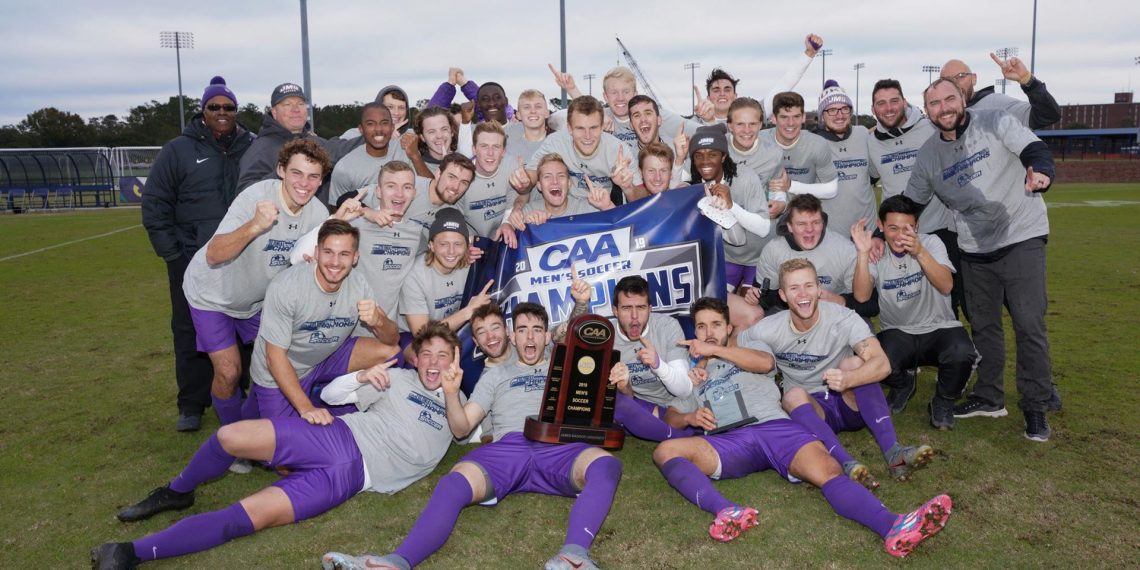 The Dukes have momentum after claiming their second consecutive CAA championship and berth in the NCAA Tournament last year but they will enter the 2020 season will the challenge of filling some very significant shoes due to graduation.

Opportunity for Improvement – The Dukes margin for error in 2020 may be small. They will have to avoid the costly letdowns that occurred at times last year. ln three of their losses in 2019 and in one of their ties, they uncharacteristically allowed three goals placing themselves in a hole that they were unable to dig out of.

Summary – The cupboard is far from bare at James Madison but there are a lot of unanswered questions heading into the 2020 season due to the loss of a very productive eight member 2019 senior class.

The first and most pressing question is who will replace the offensive firepower that All-American and CAA Player of the Year Manuel Ferriol provided. Ferriol was responsible for sixteen of the thirty-six goals that the Dukes scored last year including six game winners. Redshirt senior forward Carson Jeffris, sophomore forwards Clay Obara (1g, 5a) and Dennis Mensah (4g, 0a) and junior midfielder Tyler Glegg (4g, 2a) are among the most likely suspects to power the attack in 2020. However, more likely than not, it will be offense by committee at JMU in 2020 without a single dominant goal scorer like Ferriol who set a new single season points record for the Dukes last year.

A healthy Jeffris, who scored eight goals and contributed four assists in 2018 but was slowed by injury last year and never got fully untracked, has the potential to be a difference maker. Obara was a 2019 All-CAA Second Team selection and the 2019 Gatorade Virgina Boys Soccer Player of the Year out of Frank W. Cox High School. Mensah saw action in nineteen games last year. Both Obara and Mensah are goal scorers who now have the advantage of a year of experience at JMU under their belts. Clegg, a 2019 Third Team All-CAA selection, is a playmaker who participated in twenty-one contests last year with eight starts.

Redshirt senior Max Poelker who missed most of the 2019 season due to injury is among other returning forwards who look to be in the mix in 2020. Senior Petur Thorsteinsson (2g, 1a) and junior Connor Hester (0g, 1a) look to join Clegg as key members of the midfield. Senior Steve Foss and sophomores Evan Paez (0g, 1a), Sloan Sullivan and Ethan Del Hierro are among other returning linkmen who will likely be in the hunt for a greater role in 2020.

Senior back Thomas Judge (1g, 1a), a 2019 All-CAA First Team selection and two-year starter, and junior back Melker Anshelm (1g, 0a), a 2019 All-CAA Second Team member and two-year starter, return to provide a solid necleus upon which to build the backline. Both are athletic and physical ball winners. Sophomore Prince Loney-Bailey who played in ten contests last year is among other returning backs who figure to be in the mix in 2020.

Redshirt senior TJ Bush, a multi-year All-CAA First Team selection with three-years of starting experinece under his belt, returns in goal to anchor the defense. Bush is among the best shot stoppers in the country and will no doubt play a key role in the degree of success that the Dukes have in 2020. Senior Alex Desatnick who played in two games last year is among other returning netminders.

James Madison's streak of two consecutive CAA championships and NCAA Tournament berths could be in danger in 2020. The good news is that the departures due to graduation create the opportunitity for others to play a greater role and they, along with Palul Zazenski and his staff, seem to embrace the challenge in front of them. The bottom line is that it is difficult at this point to label JMU as the frontrunner in the CAA but it would also be premature and foolish to count them out.