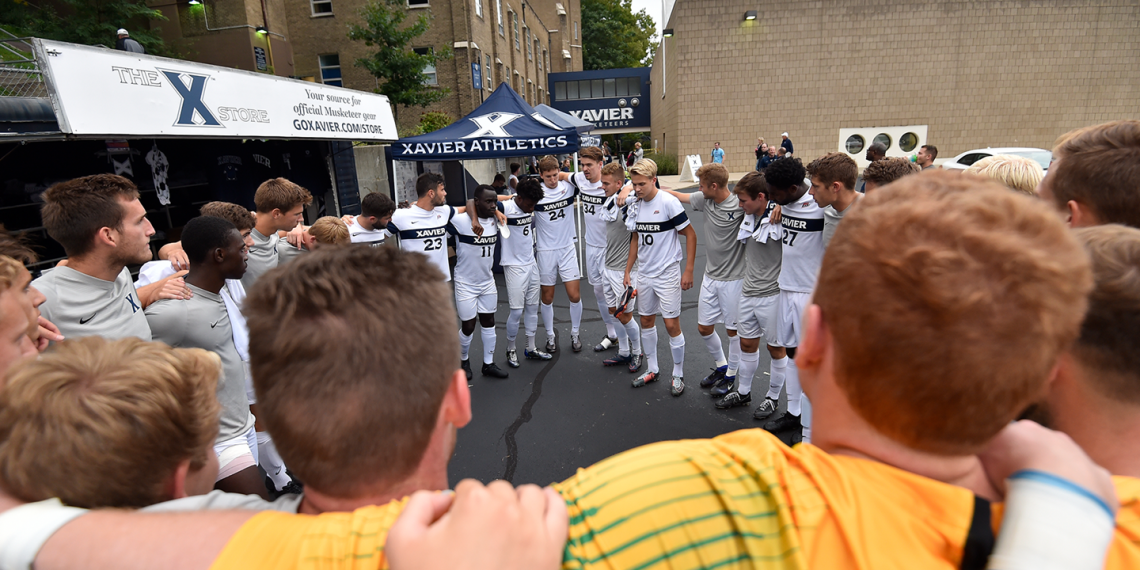 Xavier seeks to bounce back from a challenging 2018 season during which they had more than their share of adversity.

Departures and Gaps – Xavier will be without seven seniors from the 2018 team. Departures include midfielders Simen Hestnes (8g, 8a) a 2018 All-Big East First team selection and two-year starter, Joash Sutherland (1g, 1a) and Tomek Pauer (3g, 4a), defenders Matt Nance (1g, 5a) and Cameron Taylor, and goalkeeper Colin Hanley.  They also will be without goalkeeper Zachary Nelson who appeared in ten contests last year and defender Samuel Buzzas who appeared in nine games who have transferred.

Opportunities for Improvement – Improvement on the defensive side of the ball. Xavier allowed a total of twenty-eight goals in 2018. They ranked nine out of ten in that statistic among teams in the Big East Conference. An opportuntity for improvement also exists when playing on the road. Five of Xavier's seven losses and three of their six ties occurred last year when playing away from home.

Coach's Recruiting Class Comment – Andy Fleming stated, "I'm always cautious with classes and feel you can't truly grade one until their four-year window is done. However, these players have tremendous ability and character; and the national recognition of the class as a whole and it individual members speaks for itself. Five players are rated in the nation's top 150 and the class has garnered top-ten recognition form multiple outlets."

Summary – Injuries occur but Xavier was definitely over quota last year. Injuries plagued the Musketeers in 2018 hampering consistency and limiting what the coaches could do in practice. As a result, what began as a promising 2018 season didn't play out as expected. The Musketeers began the 2018 season with a 3-4-0 record that included an impressive 3-2 Big East Conferene win over Georgetown on the road and a 0-0 tie with a very good Kentucky team.  Xavier looked to be a team that was headed toward a double digit win season and a serious run for the Big East title. Instead they lost seven out of their next nine games before rebounding to close regular season play with wins over Seton Hall and Butler to secure a spot in the Big East Conference Tournament for the sixth consecutive season.

A solid core of returning players augmented by a very promising recruiting class that contains what appears to be several immediate difference makers looks to be eager and capable of getting back on track in 2019. But in order for that to happen tangible improvement is needed in several areas and Xavier will need to avoid the injuries that hampered the consistency of their play last year.

Redshirt senior forward Samson Sergi (9g. 3a), a 2018 All-Big East Second Team honoree, returns to power the attack up-top. Sergi's athleticism, quickness, and touch on the ball make him a difficult player to contain in the attacking third. Sophomore Felix Boe-Tangen (3g, 0a) who appeared in nineteen matches last year with two starts is among returning players with the potential to add balance to the attack up-top. Sergi's ability to come up with game-breaking plays and the emergence of Boe-Tangen as an additinal threat up-top look to be among the keys to Xavier's offense in 2019. Karsen Henderlong and Oliver Valaker-Edvardsen are among the members of the recruiting class who have the potential to add balance and productivity to the attack up-top.

Senior Derrick Otim (2g, 2a), who was among those who missed several contests last year due to injury, returns to add punch and tenacity in the midfield. Otim is a three-year starter who will set the pace and the tone in the center of the park.  Redshirt senior Sean Wilson (0g, 1a), redshirt junior Payton Miller (0g, 1a), redshirt sophomore Cameron Belle (1g, 4a), senior Bryce Curran (0g, 2a) and redshirt freshman Jacob Bernsen round out a solid contingent of Musketeer midfielders. Xavier could use a little more offensive punch from its midfielders. Accordingly, the ability of the midfielders to add an additional dimension to the attack is among the factors that could be the difference between a good and a really good season.

Redshirt senior Jacob Goodall (1g, 1a) who has been a starter the past two seasons and redshirt sophomore center back Taylor Crull (0g, 1a) who now has the advantage of a year of starting experience under his belt are among key returning backs. Graduate student Ryan Bellavance who transfers in from Colgate where he was a starter last year and freshman Johannes Sundgot look to be among the newcomers who could contribute immediately and challenge for a starting role in the back.  Redshirt junior transfer Matthew Rosenberg who enrolled in January, redshirt sophomores Eddie Walsh and Nate Logan and freshman Cole Jensen are the netminders who will be competing for the crucial starting job in goal.

Andy Fleming has done a really good job of building a program at Xavier with talent and energy. The 2018 season was the first since Fleming became the head coach at Xavier in 2010 in which the Musketeers have had a losing season. The extent to which Xavier bounces back in 2019 will likely hinge on senior leadership, a return to the tenacious play on the defensive side of the ball that has been the trademark of the best Xavier teams, and the ability of a few additional players to emerge as scoring threats.

Sometimes the adversity of one season proves to be a springboard for success the following year. Whether or not that proves to be the case for Xavier remains to be seen. The Musketeers have to take it one game at a time and can't look past anyone.  Xavier opens the 2019 season at home against nationally ranked Akron.  A win in that contest would be a big first step forward.

Ryan Bellavance – Defender – Medfield, Massachusetts – The Rivers School – A redshirt junior transfer from Colgate who will enroll in graduate school at Xavier. Appeared in a total of thirty-nine contests at Colgate with eighteen starts. Played in twenty-two contests at Colgate in 2018 with sixteen starts. Scored two goals in 2018..  Returned from injury in 2017 to appear in four contests with two starts. Was a four-year starter at The Rivers School. Played for the FC Blazers.

Oliver Valaker-Edvardsen – Midfielder – Drobak, Norway – Bjearke VGS – Played for the Grorud IF team. Made thirty-eight appearances and scored seven goals in two seasons for Valerenga IF Reserves. Played for the U-16 Norwegian National Team.