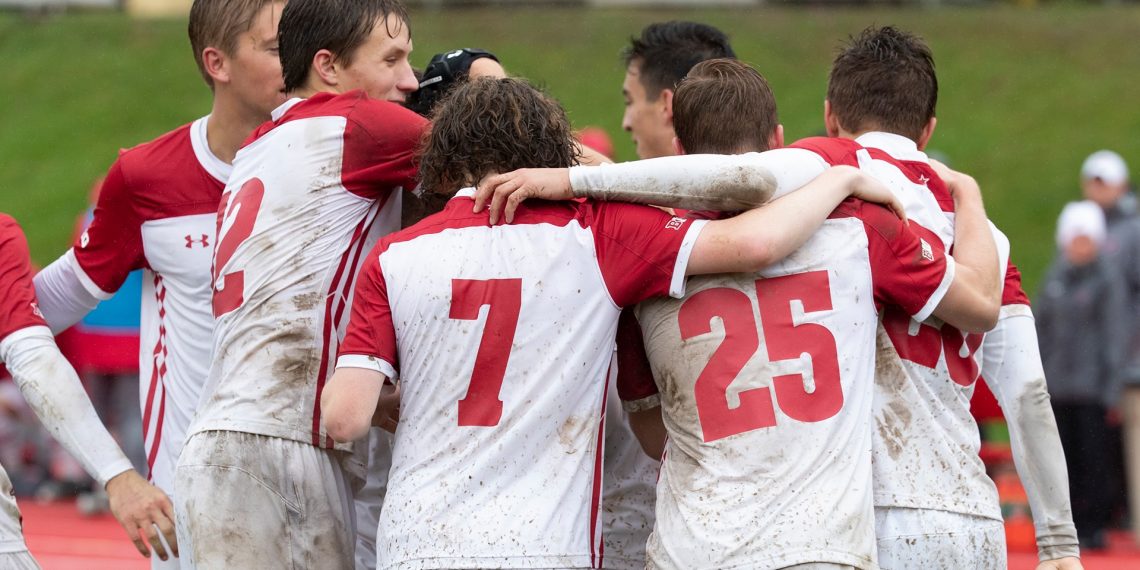 There is reason for optimism and excitement in Madison. Almost everyone returns from a relatively young 2018 Wisconsin team that was 10-6-2 overall with a 6-2-0 mark in Big Ten play. The Badgers appear to be well equiped to contend for the Big Ten Title and a berth in the NCAA Tournament in 2019.

Departures and Gaps – The 2018 roster only included three seniors. Forward and team captain Isaac Schlenker is the lone starter lost due to graduation.

Opportunities for Improvement – The experience the younger Badgers gained last year should enhance consistency and the ability of Wisconsin to put together a full ninety minutes of play which is required in order to prevail in the highly competitive Big Ten Conference.

Coach's Recruiting Class Comment – John Trask stated, "The staff here at Wisconsin is very excited about releasing our 2019 recruiting class. This ten member class has addressed needs and will continue to add depth and quality to our existing team. The combination of high-level soccer pedigrees and, just as important, an academic background, will help them adjust and ultimately reach their potential in a highly competitive environment here at Wisconsin."

Personnel changes like that tend to create a lot of unanswered questions heading into the season and a learning curve in the early going which was the case last year at Wisconsin.  But that's not the case at Wisconsin heading into the 2019 campaign where the cast of characters is stable and the storyline is pretty straight forward with ten starters slated to return along with several other players who gained valuable experience last year.

Sophomores Andrew Akindele (4g, 4a) and Noah Melick (6g, 2a) return to power the attack up-top with the benefit of a year of starting experience and the knowlege gained from the grind of Big Ten play under their belts. Akindele and Melick, who were named to the All-Big Ten Freshman Team, will be even more productive in 2019 if they benefit from the bump in the level of play that normally occurs between the freshmen and sophomore seasons.  Sophomore Matthew Comiskey is among other returning forwards who will be in the hunt for a greater role in 2019.

Seniors Mitch Guitar (0g, 2a), a 2018 All-Big Ten Second Team selection, and Noah Leibold (2g, 3a) who has been a starter for the past three seasons return to set the pace in the midfield. Both are gutsy, talented, and hard working box-to-box midfielders. Senior Duncan Storey (1g, 2a) who started every contest last year and junior Alex Alfaro (2g, 0a) are among other returning midfielders who figure to pay a prominent role in the midfield in 2019. Junior Michael Russell (1g, 1a), sophomore Olafur Olafsson (0g, 1a) and senior Jack Shaw are among other returning linkmen who will seek to up their up their minutes.

The backline looks to be solid and deep led by senior Robin Olofsson (1g, 0a) who was a 2018 All-Big Ten Second Team selection. Sophomore Zach Klancnik (1g, 3a) who was named to the 2018 All-Big Ten Freshman Team,  junior Ben Leas and redshirt senior Elan Koenig who was a starter in 2016 and 2017 but had to sit out the 2018 season due to a knee injury round out a backline that has the potential to be very good. Senior Dean Cowdroy, who was the starter between the pipes last year after transferring in from Lander University, returns to give the Badgers a very steady and composed presence in goal.

The experience gained last year should enable Wisconsin to hit the ground running in 2019. Look for the Badgers to be a little more aggressive and a lot more confident on both sides of the ball. Despite the additional experience, depth and the grind of Big Ten play could pose a problem but strong coaching, senior leadership, and the gusto of the sophomores look to be among the factors that could give Wisconsin the edge they need to secure the Big Ten Title in 2019 and make a statement on the national scene.

Justin Bobb – Defender – Maryland – Played for the Bethesda Soccer Club. Trained at the U.S. Training Center in 2014 and 2015. Multi-sport athlete who also played basketball and hockey.