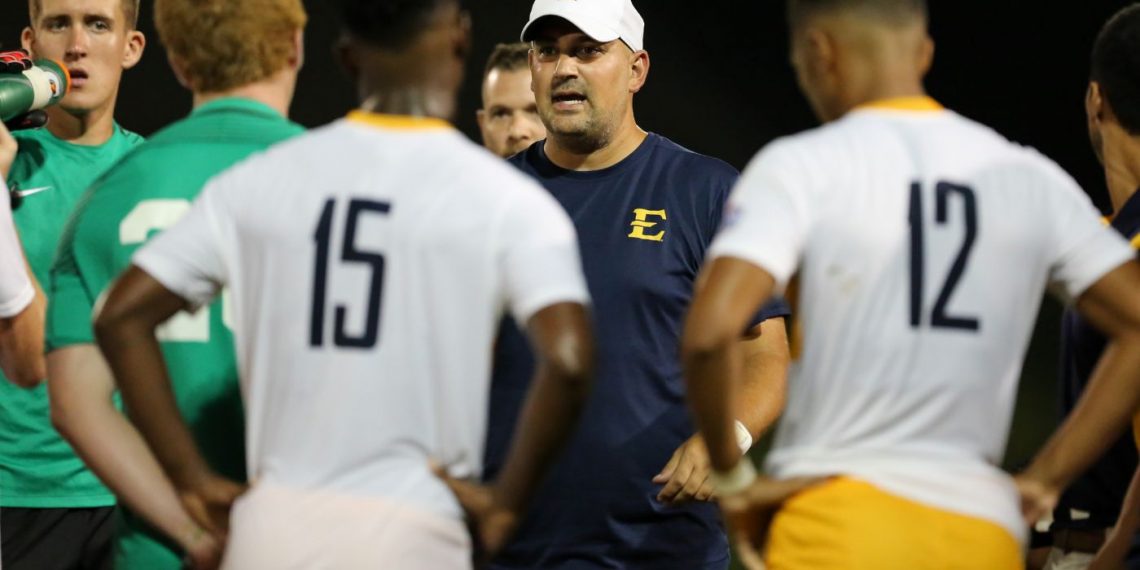 David Casper enters his second season as the head coach at ETSU will the addition of a twelve member recruiting class that includes ten freshmen and two transfers. The class includes nine international players.

Opportunities for Improvement – ETSU enters the 2019 season with the benefit of a year of experience under the direction of David Casper which should help facilitate the merger of the twelve member recruiting class in with returning players.  The experience that ETSU's defenders and goalkeeper gained last year along with the healthy return of centerback Joe Pickering provides the opportunity for improvment and greater consistency on the defensive side of the ball.

Coach's Recruiting Class Comment – David Casper stated, "I am extremely proud to add these twelve students to our Bucs Soccer Family. Not only are we adding outstanding soccer players, we are also adding great students and people. I have no doubt that they all will come in and add to our culture, and help us grow as a team." Casper added, "I want to thank Coach Josh Scott for all the hard work he has done to help put this class together."

Summary – Mission number one heading into the 2019 season at ETSU will be team chemistry. Specifically, effectively and timely merge the newcomers in with the returning players to produce a team identity and culture that is aligned with the Bucs attack oriented and blue collar work ethic. Mission number two will be filling the void that exists on the offensive side of the ball due to the departure of forwards Danny Barlow (9g, 1a) and Cameron Woodfin (6g, 3a) who combined to produce seven game winning goals last year.

Senior Bruno Andrade (4g, 3a), an All-Southern Conference First Team selection the past two seasons, looks to be the most likely candidate to power the attack up-top in 2019. Andrade's productivity and the ability of a teammate to step forward and complement his play up-top will have a big impact on how ETSU fares in 2019. Mathias Aannestad from Norway, who has been described by Casper as a "diamond in the rough" is among the newcomers with the potential to add an additional dimension to the attack up-top.

The midfield looks to be an area where ETSU will need some of the newcomers to help fill the void that exists due to the graduation of Sergio Gomis and Nick Spielman. Fifth-year senior Luke Parker (1g, 3a) and sophomore Luke Howson (0g, 1a) are among returning midfielders who will likely have an expanded role in the midfield in 2019. Bradley Empson, Kieran Richards, Gilly Miller and Jeremiah Edouard are among the members of the recruiting class who look to be in the hunt for minutes in the midfield right away.

The defense looks to be deep and experienced with the potential to be very good.  Redshirt senior John Lucchesi and senior Merveil Bilomba who were 2018 All-Southern Conference Second Team selections return to anchor the backline along with junior left back Austin Bihlmeyer, redshirt junior centerback Joe Pickering and senior back Glenn Holmes. Philip Hildebrandt is among the newcomers who appears to have the athleticism needed to challenge immediately for a starting role in the back or elsewhere. Redshirt sophomore Josh Perryman, the starter in goal last year and an All-Southern Conference Second Team honoree, returns to achor the defense with the advantage of a year of starting experience under his belt.

ETSU along with Mercer and Furman figure to be the frontrunners in what looks to again be a tightly contested 2019 Southern Conferene race. The Bucs also have the opportunity to make their presence known on the national scene with non-conference contests on their schedule with the likes of Old Dominion, Kentucky and North Carolina State.  An improvement in ETSU's 9-7-1 overall record last year, a conference title, and berth in the NCAA Tournament will hinge on the level of improvement of ETSU's returning players who played a lot of minutes in 2018 and the ability of at least a few of the twelve members of he recruiting class to contribute immediately.

Mathias Aannestad – Forward – Tonsberg, Norway – Wang Toppidrett Tonsberg – Played club for FK Tonsbert in Norway. Described by Coach Casper as a potenial "diamond in the rough in the class." .

Hank Andreas Fossen – Forward – Moely, Norway – Ringsaker Videregaende – Played club for Brummundal IL. A target forward and ball winner who plays well with his back to the goal.