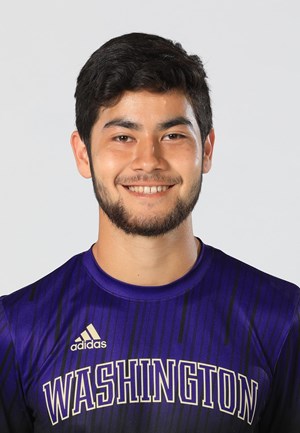 Washington pretty much dominated the run of play from the get-go to top Portland 3-1 in the second round of the NCAA Tournament but it took a while before the Huskies were able to find a seam in the Pilots defense that they could exploit. When they did break through it became the Dylan Teves show on the offensive side of the ball for the Huskies.

Teves enabled Washington to go into halftime with a 1-0 advantage when he scored in the final minute of the first half of play from the middle of the box after making a move his left to create the angle he needed to drive a shot into the net. Freshman midfielder Kalani Kossa-Rienzi contributed the helper on the goal.

Teves made it 2-0 Washington when he drove a header into the far post that was set up by an excellent cross from defender Charlie Ostrem. Teves converted his third goal of the evening after pushing forward off the dribble to create the space he needed to place a shot into the far side of the net from the right side of the box. Teves’ third goal was set up the a nice combination of passes from Christina Soto and Nick Scardina.

Number two seed Washington improves to 15-1-2 and advances to the Sweet Sixteen where they will host an always dangerous Indiana team out of the Big Ten on Saturday.