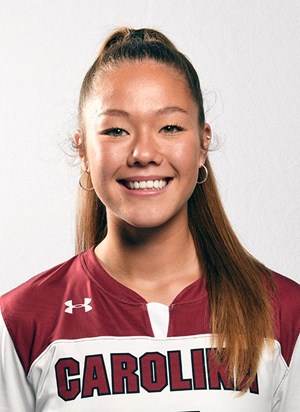 Chang played a key role in South Carolina’s 3-0 win over Hofstra and 2-0 win over Penn State. In the win over Hofstra, she scored from close range out of a free kick that was put in play by Lauren Chang and then headed to her by Catherine Barry. Chang also assisted on Barry’s subsequent goal in the second half that gave the Gamecocks a 2-0 advantage.

Chang also scored South Carolina’s first goal in the win over Penn State when she controlled the rebound of teammate Jylissa Harris’ header and flicked it into the back of the frame.

Unseeded South Carolina continues to play well on both sides of the ball. They improve to 14-6-1 after wins over North Carolina, Hofstra, and Penn State during time which they have not allowed a goal. The Gamecocks now advance to the Elite Eight where they will face a very talented and explosive BYU team in Provo on Saturday, November 27.