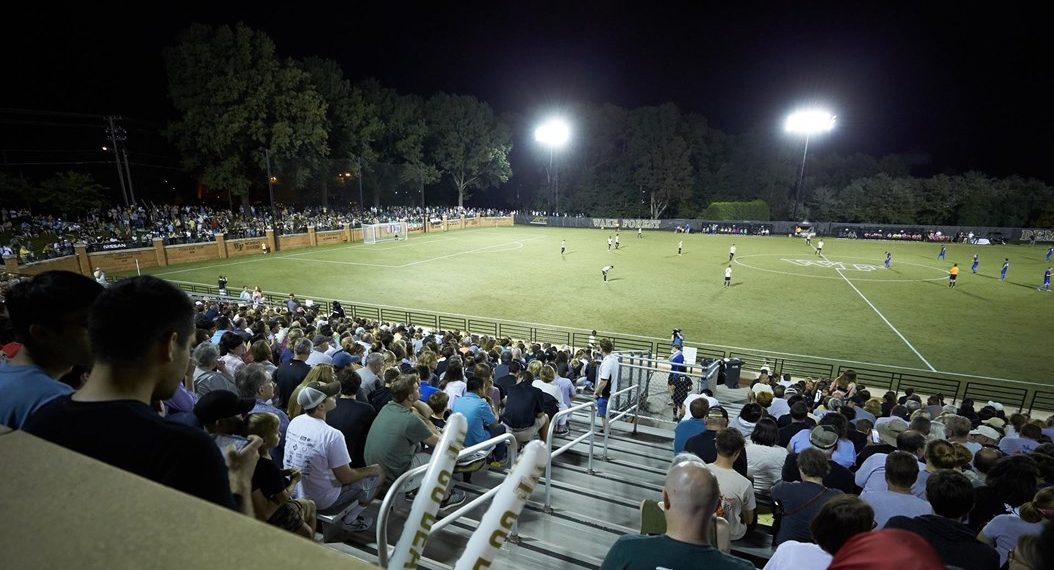 Bobby Muuss enters his fifth season as the head coach at Wake Forest with a 73-11-7 record over the past four seasons including an 18-3-0 overall record last year. The Deacons have more wins during that four year span than any other Division I program.

Departures and Gaps – Wake Forest will be without defensive midfielder Brad Dunwell  (0g, 2a) who was a four year starter, center back Sam Raben (0g, 1a) who was a four year starter, and right back Logan Gdula (1g, 5a) who was a three year starter due to graduation. They also must fill the shoes of midfielder Omir Fernandez (12g, 6a), a 2018 United Soccer Coaches and College Soccer News All-American and the ACC Offensive Player of the Year, who elected to sign a homegrown contract with the New York Red Bulls at the conclusion of his sophomore season.

Opportunities for Improvement – Defensive tenacity and focus. The Deacons allowed a total of twenty goals last year.  The Wake Forest defense was good but not elite last year. The Deacons allowed thirteen goals in 2017, twelve in 2016 and thirteen in 2015. The last time Wake Forest allowed twenty or more goals was the 2014 season when they allowed twenty-five.

Coach's Recruiting Class Comment – Bobby Muuss stated, "I think this is one of the most balanced classes we have had since I have been back at Wake Forest. We added players in several positions that I think allow us to have strong competition and depth in almost all positions. More importantly we have brought in a group from top to bottom of hard working, hungry, competitive, and greatly disciplined young men that want to win while working to earn of the the best degrees in the country."

Summary – All teams have somewhat different identities annually based on the mix of talent and experence availalble. The level of success that Wake Forest has enjoyed reflects the ability of the program to effectively adjust to the change that inherently occurs annually due to graduation or early departures to enter the professional ranks while maintaining a consistent culture of excellence.  Wake Forest is among the programs in which a culture of excellence is passed annually from the older to the younger players. All sorts of good things flow from that including the successful transition of returning players into greater roles of responsibility and the ability of the newcomers to help address immediate and future voids. The bottom line is that Bobby Muuss and his staff always seem to have an answer for the gaps that exist due to departures or areas where improvement is needed.

Offensive productivity does not look to be a concern for the Demon Deacons in 2019. The offensive firepower provided by Omir Fernandez will be missed but with players returning who were responsible for thirty-nine of the fifty-two goals that Wake Forest scored last year the chances are pretty good that opposing teams will again have a difficult time containing what should be a multi-dimensional Deacon attack. It is highly likely that the Deacon offense will generate a lot of goals again in 2019. Wake Forest is as good as anyone in the country at maintaining possession, switching the point of attack, and finding a weakness that can be exploited.

Depth in the front looks to be a team strength. Accordingly, Muuss will have a lot of different options in regard to how he utilizes his players. Junior Machop Chol (5g, 7a) who played in twenty-one contests with fourteen starts last year and sophomore Kyle Holcomb (3g, 2a) who played in fifteen contests in 2018 with seven starts but missed the later part of the season due to injury are among returning forwards. Newcomer Calvin Harris who joined the program in the spring is among the members of the recruiting class who could add to the attack up-top are elsewhere.

Senior Bruno Lapa (10g, 9a), a 2018 United Soccer Coaches and College Soccer News All-American and the 2018 ACC Midfielder of the Year, returns to power what should be a very deep and talented Deacon midfield. Lapa is a difference maker with big play ability. Seniors Alistair Johnson (3g, 5a) and Joey DeZart (1g, 2a), juniors Justin McMaster (6g, 4a) and Kyle McCurley, sophomores Aristotle Zarris (5g, 5a) and Isaiah Parente (1g, 8a) who had banner freshmen seasons, and redshirt freshman Jake Swallen are among a solid group of midfielders who will be in the mix. The Deacon midfield looks to be among the best in the country from top to bottom.

The graduation of defensive midfielder Brad Dunwell and backs Logan Gdula, and Sam Raben creates a significant experience, talent, and leadership void on the defensive side of the ball. Senior Eddie Folds (0g, 2a) who has been a starter for the past two seasons, redshirt junior Michael DeShields (1g, 0a), redshirt senior Tater Rennhack (1g, 1a), and sophomores Koby Carr (1g, 1a) and Holland Rula (1g, 0a) are among returning backs. Freshman Nico Benalcazar and junior transfer Justyn Thomas look to be among the members of the recruiting class who could compete for minutes in the back right away. Highly regarded senior Andreu Cases Mundet returns to anchor the defense in goal with three years of starting experience under his belt. Junior Andrew Pannenberg and redshirt sophomore Dominic Peters also return to give Wake Forest a very solid contingent between the pipes.

Wake Forest has proven its worth week-to-week at the highest level of college soccer over the past four seasons. The Deacons were 18-3-0 overall last year with a 7-1-0 mark in ACC play. Nonetheless, the fact that two of Wake Forest's three losses last year came at home in their final three contests of the season had to sting a bit. A 2-1 overtime loss to Louisville in the ACC Tournament and a 1-0 loss by the number one seeded Deacons at home to Akron in the Sweet Sixteen of the NCAA Tournament are now water under the bridge but they might provide a little extra incentive down the home stretch in 2019 for what looks to be a very talented, deep, and most likely hungry Wake Forest team.

Jaden Servania – Forward – Birmingham, Alabama – Played for the Houston Dynamo. Played with the Puerto Rico U-20 National Team. Brother of midfielder Brandon Servania who played for Wake Forest in 2017.

Justyn Thomas – Defender – Keswick, Ontario, Canada – Bill Crothers Secondary School – Junior transfer from Memphis where he started in fourteen contests in 2018 and thirteen in 2017. Played for the Vaughan Azzuri Soccer Club in Ontario.