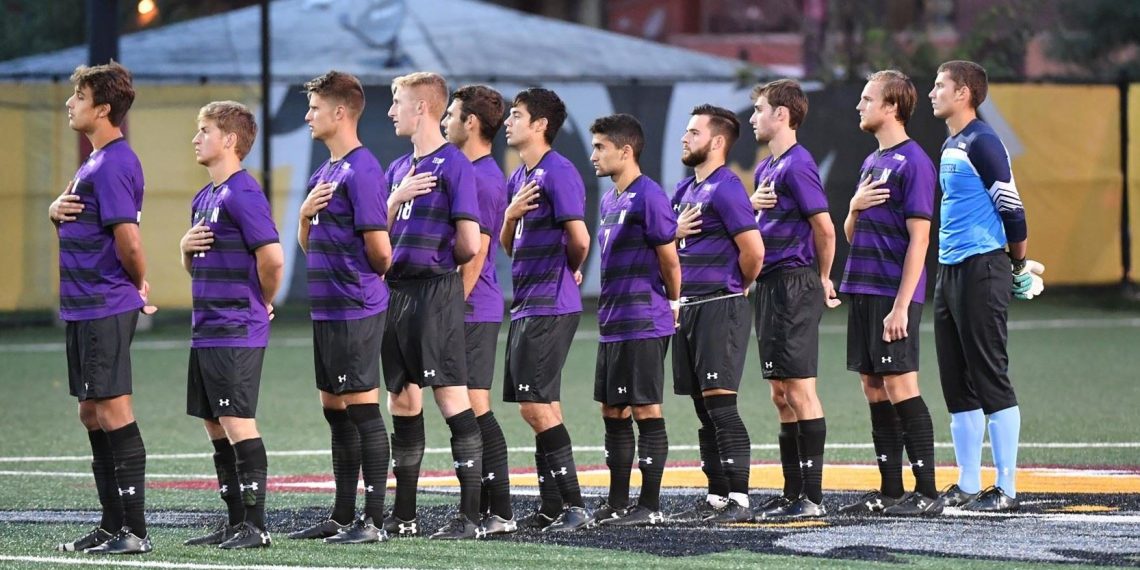 Tim Lenahan will have a solid contingent of returning players to work with supplemented by a nine member recruiting class that the program can build around.

Departures and Gaps – Northwestern will enter the 2019 campaign without six seniors from the 2018 team that was 6-9-5 overall with a 0-5-3 mark in Big Ten play. Key departures due to graduation include midfielder Camden Buescher (7g, 2a) who was a four-year starter, defender John Moderwell (0g, 2a) who was a three-year starter, and Jake Roberge (1g, 1a) who played in eighteen contests in 2018 with five starts.

Opportunities for Improvement – Offensive productivity and big play ability. Northwestern scored a total of only four goals in eight regular season Big Ten contests last year. The ability to close out contests. Ten of Northwestern's twenty contests last year went into overtime and several of their losses resulted from goals allowed in the last ten minutes of regulation. The Wildcats were 1-4-5 in contests that went into ovetime.

Coach's Recruiting Class Comment – Tim Lenahan stated, "I've very happy with the future Wildcat Class of 2023. We have a very well rounded group having added athletic attacking and dynamic players in Achara, Jr. and Alex Gordon, three versatile midfield players in Eric, Smits, Vincente Castron and Logan Weaver and three athletic and physical defenders in Jack Ratterman, Deng Deng Kur and Haluk Ercan-Fang.  A goalkeeper with great potential in Kevin Klausz rounds out what I think is a deep and impactful class."

Summary – Lenahan, whose team played in ten overtime contests last year, understands the delicate nature of win-loss records especially in the highly competitive Big Ten Conference where the margin for error is slight and any weaknesses that may exist are exploited. Lenahan will no doubt enter the 2019 season hoping that his team can make the big plays needed to shift the contests that were near losses and ties last year into the win column in 2019. Sufficient talent returns supplemented by a promising nine member recruiting class to make an increase in Northwestern's win total a possibility but there are several areas that must be addressed that will require improvemnent on the part of returning players and several of the newcomers to step in and perform immediately.

Northwestern appeared at times last year to play not to lose instead of to win.  Additional playmakers must emerge to provide teeth to the Wildcat offense. If that occurs Northwestern will regain their mojo and begin to win the close contests that eluded them last year. Senior midfielder Matt Moderwell (5g, 1a) who appeared in eighteen contests with one start in 2018, senior forward Ty Seager (2g, 4a) who has been a starter for the past two seasons, and sophomore forward Jose Del Valle (2g, 3a) who appeared in twelve games last year with ten starts are among the most likely returning players to add punch to the offense. However, hope for improvement in the attack could hinge on the ability of newcomers Ugo Achara, Jr. and Alex Gordon to add an additional dimension to the attack up-top.

Junior Spencer Howard (0g, 1a) and senior Mac Mazzola are among other returnig forwards. The midfield looks to be deep and expereinced. Seniors Sean Lynch (1g, 2a) and Mattias Tomasino (1g, 1a), sophomores Bardia Kimiavi (2g, 0a), Richie Bennett (0g, 1a) and Connor McCabe and junior Drew Viscomi return along with Matt Moderwell.

Northwestern allowed a total of twenty-three goals in 2018 which is significantly better that the thirty-five goals allowed in 2017. The defense will be good enough for Northwestern to be competitive but this is an area where continued improvment is needed in order to move upward in Big Ten play.  Junior Garrett Opperman (2g, 2a) who has been a starter the past two years and sophomore Julian Zighelboim (0g, 2a) who now has the benefit of a year of starting experience under his belt return to anchor the backline. Junior Miha Miskovic who posted eight shutouts in goal last year with a 1.12 goals against average returns to anchor the defense. Graduate student Robbie White also returns between the pipes.

Lenahan knows what it takes to win at the highest level. Under his direction Northwestern has appeared in the NCAA Tournament nine times. It would be a mistake to count the Wildcats out but there are gaps that must be addressed. The window is open for Northwestern to up its win total and secure an upper-tier finish in Big Ten play in 2019 but for that to occur the Wildcats must become more opportunistic and some seasoning must occur on both sides of the ball.