Virginia Eager To Get Back On Track In 2022. 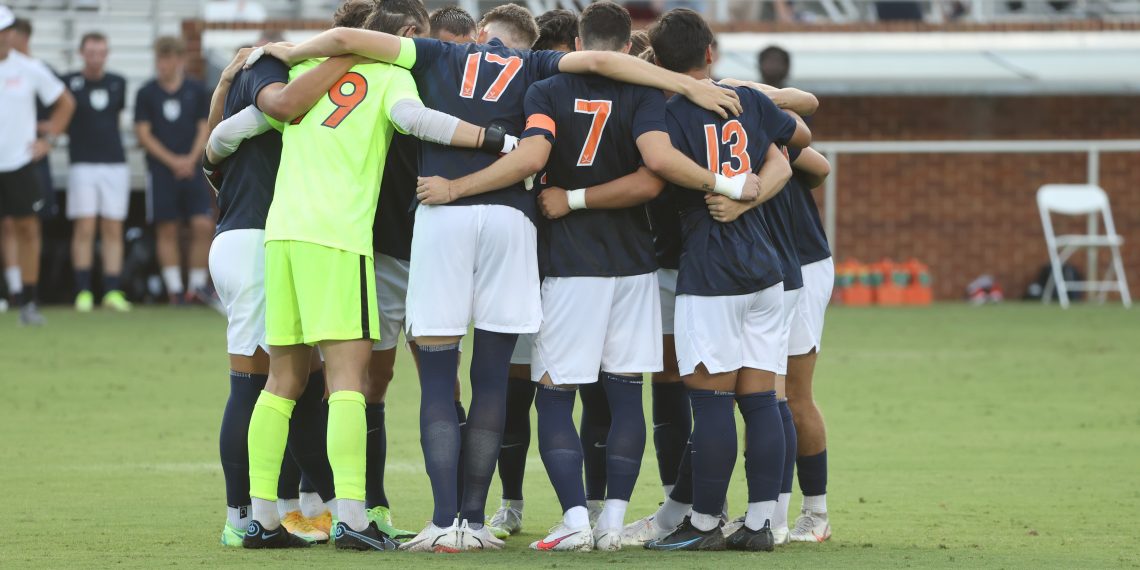 Daniel Wright – Forward – A graduate student transfer from Duke who played in 18 contests with 11 starts at Virginia in 2021 with one goal and two assists.

Ark Nibogora – Forward – Played in 15 games with four starts during 2021 season with one goal and one assist.

Oliver Gerbig – Defender – Played two seasons at Coastal Carolina before transferring to Virginia. Played in 15 games with 14 starts with one assist in 2020 (spring 2021) season. Played in 14 games with 13 starts and one goal during 2021 season.

The ability to close out contests and avoid the costly mistakes late in regulation and in overtime that hampered Virginia in 2021. The Cavaliers played in seven overtime contests and were 0-4-3 in those matches.

George Gelnovatch stated, “I am very excited to welcome this deep and talented 2022 recruiting class to grounds as it possesses a nice mixture of quality, experience and positional diversity. He added, “Specifically we’ve blended some transfers with a proven track record of success at the collegiate level, with high level international and American based players from various professional academies and clubs. Adding this highly rated group to the talented pool of current players we have, will most certainly enhance the quality and depth of our team to compete for championships immediately”

It is noteworthy that Virginia was 6-1-1 when they were able to score twice. Their lone setback when scoring twice was a 3-2 loss in overtime to Duke during which the Cavaliers came from two goals down to tie the contest at the end of regulation. Last year Virginia averaged 1.28 goals per game while allowing an average of 1.50 goals. One of the keys at Virginia in 2022 will be their ability to settle into a balance that will enable them to put pressure on their opponents and take advantage of opportunities to score without leaving themselves vulnerable on the defensive side of the ball. The Cavaliers and Boston College were the only two ACC teams that allowed more goals than they scored last year.

Junior forward Leo Afonso (8g, 2a), a 2021 All-ACC Second Team selection, returns to power the attack up top. Five of Afonso’s eight goals came during Virginia’s last six contests. Sophomore forwards Kome Ubogu (4g, 2a) and Michael Tsicoulias (2g, 1a) return with the advantage of a year of experience under their belts. Both have big play ability. Ubogu provides an athletic and physical presence in the box while Tsicoulias possesses the quickness and touch on the ball that can make him difficult to contain in the attacking third. Juniors Phillip Horton and Kevin Ogudugu who saw limited action last year due to injury are both capable finishers with the potential to be difference makers. Graduate student Cabrel Happi Kamseu who has appeared in 51 contests with 20 starts over the past four season adds an additional dimension to the offense.

The opportunity for improvement exists for a Virginia team that allowed a total of 27 goals last year. Mistakes on the defensive side of the ball due to mental lapses or fatigue during the later parts of games hampered a Virginia team that already had a small margin for error. A reduction in costly lapses in play on the defensive side of the ball is vital for continued improvement in 2022.

It is a plus that junior netminder Holden Brown who played every minute in goal last year now has a year of starting experience under his belt. Senior defender Andreau Ueland (2g, 1a), the lone remaining starter from the 2019 team that advanced to the national championship match, returns to anchor the backline. Ueland is a prime timer with three years of starting experience.

Ueland will be joined by sophomore back Paul Wiese (0g, 6a) who started seventeen games last year and junior back Will Citron (2g, 0a) who appeared in 16 games with 10 starts. Sophomore Nils Henry Orywol who started three games at left back in 2021 before sustaining a season ending injury is among other returning players who figure to be in the mix in 2022. Senior transfers back Maritz Kappelsberger who was a starter at Wisconsin and sophomore center back Aidan O’Connor who was a starter for Western Michigan are among several members of the recruiting class who are likely to challenge for a starting role.

Let’s begin with a little background information to put things into perspective. The last two seasons have not been the norm for a Virginia men’s soccer program that was absent from the NCAA Tournament field in 2020 (spring 2021) and 2021 after having been awarded a berth for 39 consecutive seasons (1981-2019).

Prior to that a berth in the NCAA Tournament for Virginia was pretty much a given and the unanswered question heading into a season was not whether the Cavaliers had the talent and experience needed to succeed but the degree to which they would be able to merge their individual talents into a unified team and whether or not the team had the grit and physicality needed to hold their own over the grind of a season.

To be fair, the effort was there in 2020 and 2021 and George Gelnovatch, as he always has in the past, did a good job of making the adjustments in style needed to give his team the best opportunity to win. However, the Cavaliers didn’t have the level of talent and experience from top to bottom that existed in past seasons. Virginia was competitive but for the past two seasons they have been a work in progress.

Gelnovatch knows what it takes to win at the highest level. Under the best of conditions the margin for error in the ACC is thin and any weaknesses are quickly discovered and exploited. Virginia’s margin for error was razor thin the past two seasons but there looks to be light at the end of the tunnel heading into the 2022 season with Virginia fielding what appears to be a stronger and now more experienced team. The experience gained over the past two seasons and the addition of a very promising 2022 recruiting class that includes several players who should contribute immediately will enhance Virginia’s chances of moving upward in the always competitive ACC race and returning to the NCAA Tournament field.

Moritz Kappelsberger – Defender – Rosenheim, Germany – Sebastian Finsterwalder Gymnasium – A senior center back transfer from Wisconsin where he led the team in minutes played as a junior. An All-Big Ten Second Team selection. Prior to that he played at Duquesne for two seasons.

Umberto Pela – Midfielder – Milan, Italy – International School of Milan – Played club for Como 1907. Named to the U16 and U17 Lombardy All-Region Team.