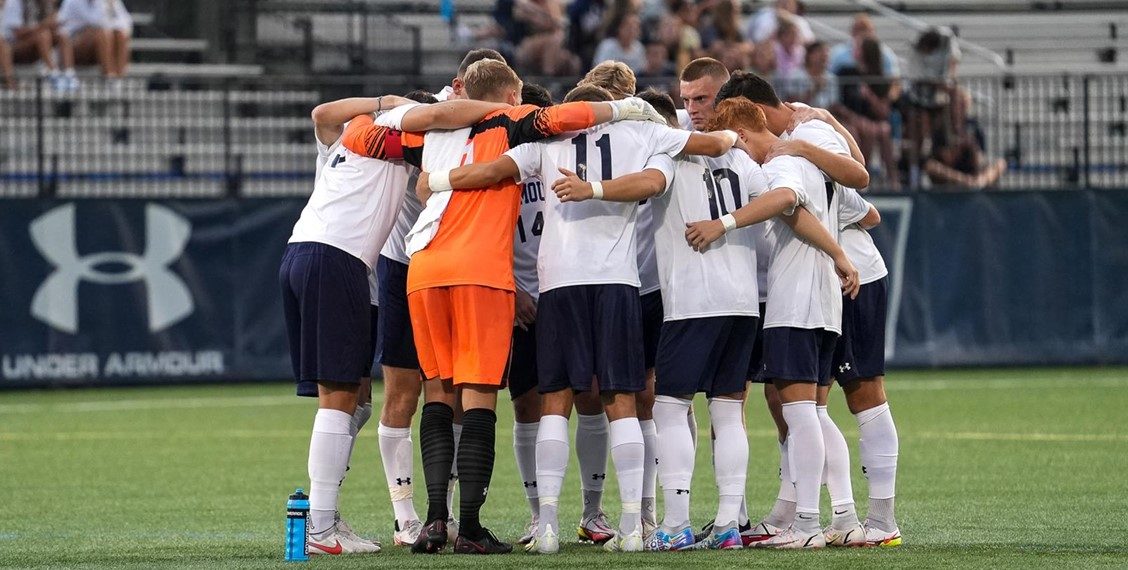 A Solid Core From The 2021 Squad That Was 8-9-1 Will Combine With A Promising Ten Member Recruiting Class.

Sean Murray – Goalkeeper – A four-year starter in goal. A multi-year All-MAAC selection. Played in a total of 63 contests with 47 starts over four seasons. Had seven shutouts in 2021. Had 14 career shutouts.

Liam McGregor – Forward – Played in 18 games in 2021 with eight starts with three goals and two assists. Appeared in a total of 44 games with 17 starts over four seasons. Had eight career goals and 4 career assists.

Robin Oswald – Defender – Appeared in 17 contests in 2021 with 17 starts. Had one goal in 2021. A three-year starter with 43 career appearances and 43 career starts. Had four goals and two assists during three seasons. A 2021 All-MAAC Second Team selection. A 2020 United Soccer Coaches All-Region selection.

George Akampke – Defender – A five-year starter. An All-MAAC 2021 First Team selection. The 2020 MAAC Defensive Player of the Year. A team captain. Played in 71 games with 66 starts over five seasons.

Jonas Lindner – Midfielder – A two-year starter who appeared in 18 games with 17 starts in 2021 and ten games with ten starts in 2022. Had one goal and one assist during two seasons. A 2021 All-MAAC Second Team selection.

Sebastian Rodriguez – Forward – Played in ten games with one start in 2021 with one assist. Played in a total of 35 games with 17 starts over three seasons for Monmouth with four career goals and one career assist.

Alex Hajj – Forward – Appeared in eight games with four starts in 2021. Played in 43 games with 20 starts over three seasons.

Monmouth played everyone close last year but came out on the short end of six of their last seven contests. The effort was there but the Hawks lacked the big play ability needed to give them the edge to prevail in the close contests. The opportunity exists for Monmouth to do a better job of taking advantage of the opportunities to score that come their way and to avoid the lapses in play on the defensive side of the ball that were so costly last year for a team that had a very low margin for error.

The Hawks return two of their top three goal scorers from the 2021 team. Senior forward Ben Zakowski (5g, 5a), a three-year starter, and senior midfielder Griffin Tomas (4g, 2a), a three-year starter, are among returning players who should play a prominent role in the offense in 2022. However, Monmouth will be without the playmaking ability that forward Julian Gomez, the Hawks top goal scorer in 2020 with seven and in 2021 with six, brought to the pitch.

Senior center midfielder Luke McBeth (2g, 2a, a 2021 All-MAAC second team selection and starter for the past two seasons, returns to provide stability and playmaking ability in the center of the park. Senior midfielder Nick Rogers (0g, 2a) who appeared in 12 games last year with five starts is among other returning players who look to be in the mix in 2022.

Sophomore midfielders Jonas Lyshoj (1g, 2a) who appeared in 17 games in 2021 with eight starts, Brett Sieg (0g, 1a) who played in 15 games with three starts, and Chris Morandi who appeared in eight contests will also contend for a greater role in 2022 with the advantage that goes with having a year of experience under their belts.

Midfielders senior Santi Martinez who transfers in with three-years of starting experience at NJIT, graduate student Sam Decencio who is a transfer from La Salle where he was a four-year starter, and junior Gabe Miranda who is a transfer from Lindenwood are among the experienced members of the 2022 recruiting class with the ability to add an additional dimension to the offense. Freshman forward Kristian Loenvig is an imposing presence in the attacking third with the quickness and athleticism to be in the hunt for playing time up-top.

The return of graduate student left back Chris Jensen (0g, 1a) and junior right back Bastian Hatcher (1g, 1a) provides a nucleus upon which to rebuild the defense. Both Jensen and Hatcher are very capable and battle tested backs with two-years of starting experience. Junior Calum Ferguson who played in 15 games in 2021 with nine starts is among other returning backs who should play a key role in 2022.

Redshirt sophomore Eryk Dymora looks to be in line to assume the starting job in goal. Dymora is a talented shot stopper with the potential with a little seasoning to follow in the footsteps of a long line of successful Monmouth netminders.

Sophomores Gabe Dahlin who transfers in from Bucknell where he was a starter in 2021 and Olle Brorsson who started eight contests last year at Coastal Carolina look to be among the newcomers who will be in the mix for playing time as center backs.

The Hawks will seek to regain the momentum that they had during the 2020 (spring 2021) season when they won the MAAC Tournament and returned to the NCAA Tournament field for the first time since 2014.

Monmouth is coming off an 8-9-2 roller coaster season in 2021 during which they played well at times but ended the season with losses in six out of their last seven contests. The Hawks return a solid nucleus of players on both sides of the ball upon which they can build and it appears that Rob McCourt has added an experienced recruiting class that provides the pieces needed to fortify the roster and add depth. Much will depend on the ability of the coaching staff to successfully and seamlessly merge the newcomers in with the returning players.

The potential exists for Monmouth to regain the momentum that the program has had in the past. However, the Hawks face the inherent challenge that accompanies a move to a new conference and they need to elevate their play on both sides of the ball in order to make the step from a team that plays everyone close as the 2021 team did to a team in 2022 that can win the close contests.

The creation of team chemistry, the ability of the returning players to respond to the challenge, and the impact of the newcomers will be prime components as the season unfolds. If the returning players and the newcomers thrive in their roles, Monmouth should have a very productive season. The transition to the CAA makes it difficult to determine just how that will shake out in terms of wins and losses which makes the 2022 season a very exciting one for the Hawks.

Olle Brorsson – Midfielder – Orebro, Sweden – Idrottsgymnasiet Orebro – A sophomore transfer from Coastal Carolina where he appeared in 12 games with eight starts in 2021. Played for Orebro SK U-19.

Gabe Dahlin – Defender – Gothenburg, Sweden – Glen Ridge High School – A sophomore transfer from Bucknell where he appeared in and started in 16 games in 2021 with one goal and one assist. Played for Cedar Stars Bergen U-15-U-19 Development Academy and MLS Next. Played with Cedar Stars Rush USL2 team in 2021. 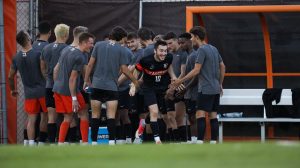