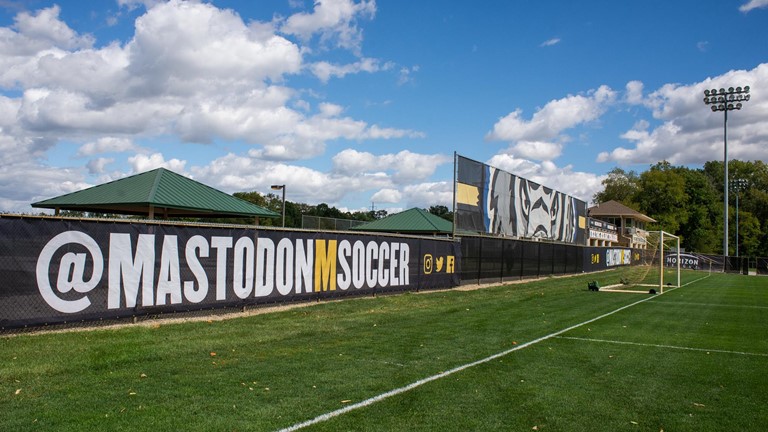 Alejandro Lopez – Midfielder – Two-year starter after transferring in from Prairie State College. Scored three goals and contributed one assist in 2021.

Ayrton Redmore – Defender – Appeared and started in 15 games in 2021 with one assist after transferring in from LSU Shreveport.

Vukasin Bulatovic – Two-year starter after transferring in from Valparaiso. Appeared in and started 15 games in 2021. Appeared in nine games with eight starts in 2020. Had one career goal and three assists.

Purdue Fort Wayne was among the youngest teams in the country for the second straight season in terms of the number of underclassmen who played 50% or more of the overall minutes. The opportunity exists for the experience gained to result in an increase in the of number of wins in 2022.

Stephen Gorton stated, “This class has a variety of incoming freshmen, junior college transfers, grad transfers and plenty of high level experience. With these additions and development we have made with our returners it is exciting to see what this group will do in 2022 and beyond.”

The Mastodons scored 12 goals and allowed 21 during the 2021 season. That ratio must be reversed or at least significantly improved upon for the win total to begin ticking upward. Purdue Fort Wayne ranked number nine in terms of goals scored in the eleven member Horizon League. Only IUPUI with seven goals and Green Bay with ten scored fewer goals.

Redshirt senior forward Alex Frank who transfers in after two seasons at UTRGV where he appeared in seven game in 2020 (spring 2021) is an intriguing recruit who could add punch to the attack. Frank was a starter at Purdue Fort Wayne in 2018 and 2019 and was an All Summit-League Second Team selection as a sophomore in 2019. Freshman forward Marco Antonio Valencia and freshman midfielder Abe Arellano are among several other newcomers who could contribute to offensive productivity.

Senior Danny Salazar who appeared in six contests last year with four starts and an impressive 0.59 goals against average and three shutouts returns to anchor the defense in goal. Salazar’s shutouts came in Horizon League play in a 2-0 win over UIC 2-0, at 0-0 tie with Green Bay, and a 1-0 win over IUPUI.

Junior Nathaniel Edwards who has been a starter the past two seasons, junior Romario Simpson who did not compete in the 2021 season but was a starter in 2020 (spring 2021), redshirt senior Michael Teller who has two-years of starting experience under his belt, and fifth-year senior Moses Akimana who has three years of starting experience are among returning defenders who should play a key role in the back. Senior Marco Navarro who has appeared in 14 matches over the past two seasons is among other returning backs who figure to be in the mix.

Junior back Daniel Tareke, a transfer from Salt Lake Community College where he was a starter, and junior back Joel Opoku, a transfer from Virginia Tech, are among the members of the recruiting class who could challenge for minutes right away.

Gorton and his staff have had successes that they can build on and are making progress. Purdue Fort Wayne has had a noticeable increase in its RPI over the past two seasons and expectations have increased. However, no matter how you spin it they have a tough hill to climb. The 2018 season during which the Mastodons where 10-8-1 overall is the only season since the program began playing at the Division I level in 2001 during which the Purdue Fort Wayne had more wins that losses. With a focus on 2022 and beyond and not the past, Gorton has expressed confidence that the foundation the returners have put in place and the level of experience that the newcomers add will yield dividends in 2022.

The bottom line is that some of the pieces needed for Purdue Fort Wayne to challenge for the Horizon League title are in place but not all. Improvement is likely in 2022 but the extent to which it will result in an increase in the number of the overall number of wins and the Mastodon’s standing in the Horizon League remains to be seen. The Mastodons could surprise but more likely than not they are a season or two away from being able to consistently hold their own with the top tier teams in the Horizon League. However, a berth in the six team Horizon League Tournament is not a stretch goal and would be a good step forward.

It is a plus that the Mastodons will be armed with more weapons on the offensive side of the ball than they were in 2021. Returning forwards Luke Benford and Keith Larson and midfielder Ali Nasser along with several of the newcomers have the potential to add additional punch to the attack.

It is also a plus and momentum builder that Purdue Fort Wayne improved on the defensive side of the ball last year as the season progressed. The Mastodons concluded the 2021 season with three shutouts in their last four matches. Continued improvement is likely on defense with the return of an experienced group of defenders and senior goalkeeper Danny Salazar who provides a solid presence in goal. In addition, the recruiting class includes several defenders who will add depth.

Gorton and his staff assumed the leadership of the program in 2020 facing the challenges and restrictions that existed due to COVID as well as the transition of Purdue Fort Wayne from the Summit League to the Horizon League. With that now in the review mirror, the 2022 season looks to be an important and interesting one in terms of the continued progress and momentum of the program.

Much will hinge on the collective improvement in the level of play of the returning players and the ability of the newcomers to enhance performance.

Alex Frank – Forward – Hamilton, New Zealand – Hamilton Boys High School – A redshirt senior transfer from UTRGV where he played for two seasons. Played in seven games with one assist during the 2020 season (spring 2021). Didn’t play during fall 2021 season. In 2019 was an All-Summit League Second Team Selection. Played for Purdue Fort Wayne in 2018 and 2019.

Cesar Cosio – Midfielder – Chicago, Illinois – Mount Carmel High School – A graduate transfer from Western Illinois. Played in 40 games with 37 starts at Western Illinois with two goals and two assists. Was a 2019 All-Summit League Second Team selection. Did not play during the fall 2021 season due to injury.

Joel Opoku – Defender – Brampton, Ontario – St. Marquerite d’Youville – A transfer from Virginia Tech were he redshirted the 2021 season. Prior to Virginia Tech he played for Casper College where he started 12 games in the 2020 season (spring 2021). Played club with Vaughan SC.