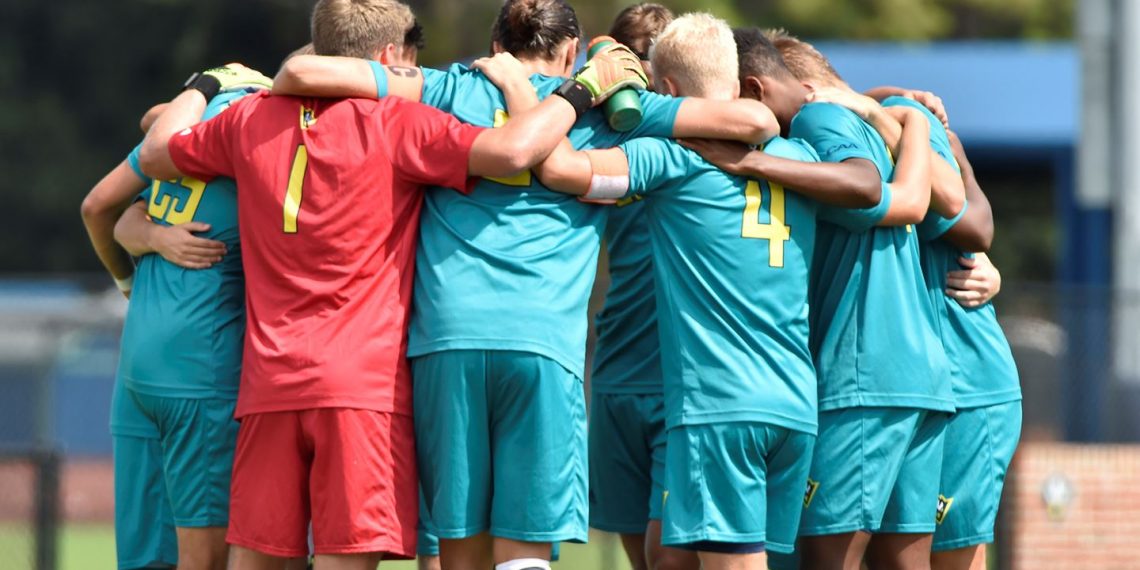 Aidan Heaney will enter his nineteenth season as the head coach at UNCW in 2019 with the addition of a six member recruiting class that he hopes will be able to help address the gaps that need to be addressed due to graduation. The success that the Seahawks have enjoyed in recent years, three NCAA Tournament appearances in the past four seasons, has generated momentum and paid dividends on the recruiting trail.

Departures and Gaps – UNCW will enter the 2019 campaign without the services of a very productive eight member 2018 senior class. The Seahawks also will be without junior forward Emil Elvertoh (11g, 5a), a 2018 All-CAA First Team selection, who transferred out. Departures due to graduation include midfielder Joel Rylander (0g, 3a) who was a four-year starter and 2018 All-ACC First Team selection and midfielders David Lozano (3g, 3a), Ben Fisher (1g, 4a) and Shane Mecham (0g, 3a). They also will be without back Huntley Munn (1g, 4a) and goalkeeper Ryan Cretens due to graduation who were three year starters.

Opportunities for Improvement – The Seahawks seemed to peak as a team with their 3-0 win over North Carolina State on October 16. They went 1-2-1 for the remainder of the regular season and were defeated by Hofstra 2-1 in the semifinals of the CAA Tournament when they allowed two goals in the final eleven minutes of play. UNCW's season then came to an end in the first round of the NCAA Tournament when they were topped by Furman at home in a contest that was determined by a penalty kick shootout after it was scoreless at the end of 110 minutes of play. The Seahawks appeared to lack the level of intensity, decisiveness, and confidence down the home stretch that they displayed early on. It is highly likely that the destruction and disruption that resulted from Hurricane Florence was a factor. Regardless, in order for UNCW to have a shot at the CAA regular season and tournament titles and make a sustained run in the NCAA Tournament in 2019 they will need to avoid a dropoff in intensity and finish strong.

Summary – The departure of Emil Elveroth creates a gap to be filled up-top. Nontheless, UNCW will boast one of the country's most productive goal scorers in 2019 in senior forward Phllip Goodrum (12g, 4a) who was the 2018 CAA Player of the Year. He should put a lot of pressure on opposing defenders. Sophomore forward Cesar Cruz (2g, 2a) also returns up top to add another dimension to the attack. The backline also looks to be strong with 2018 All-CAA First Team member senior Mark Lindstrom, three-year starter senior Jamil Gracia, senior All-CAA Second Team selection Wilhelm Nilsson, highly regarded redshit senior Danny Reynolds and redshirt junior Drew Rabil among those slated to return.

The X-Factor at UNCW in 2019 will be the midfield and the play in goal where losses due to graduation create unanswered questions and the likelihood of a learning curve. It is not an accident that the Seahawks' six member recruitng class includes five midfielders. While UNCW will undoutedly look somewhat different in 2019, their standing in the CAA hierarcy will not. Expect the Seahawks to have the talent and the mental edge and toughness needed to again be in the thick of the CAA race and a contender for another berth in the NCAA Tournament.

Jalen Anderson – Forward – Hamden, Connecticut – Kingwood High School – Played for the Houston Dynamo Academy where he found the back of the net eighteen times with the U-16 team. A speedster who was also a member of the track and field team at Kingwood.

Gabe Mercer – Midfielder – Wake Forest, North Carolina – Crossroads Flex High School – Played at Heritage High School as a freshman and sophomore where he was a two-time All-Conference selection. Played for the NCFC Academy.