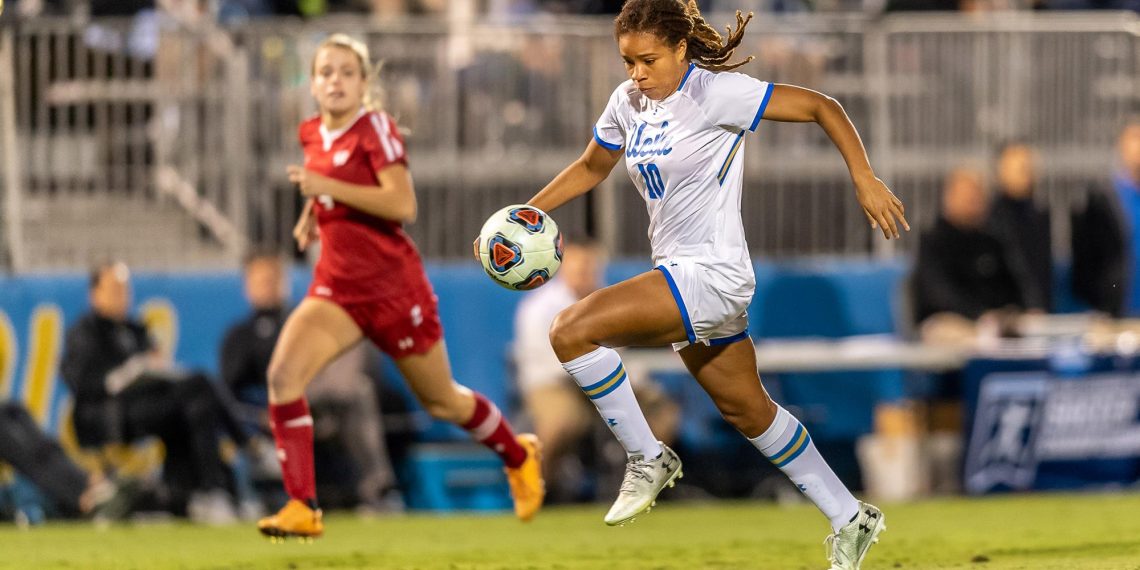 She utilized her quickness and touch on the ball to send a left footed shot into the far post and contributed the assist on teammate Sunshine Fontes’ second goal in UCLA’s win over Oregon.

Fishel also converted a header out of a corner kick and earned the penalty kick after she was fouled in the box that teammate Marley Canales placed in the back of the frame in overtime in the hard fought win over Oregon.

Fisher has a total of four goals including two game-winners to date and is among the reasons why the Bruins have been strong out of the gate with a 6-0-0 overall record including a 3-0-0 mark in Pac-12 play.

UCLA now takes to the road to face a very good Colorado team in Boulder on Friday, March 12 and Utah on Sunday, March 14 in Salt Lake City.