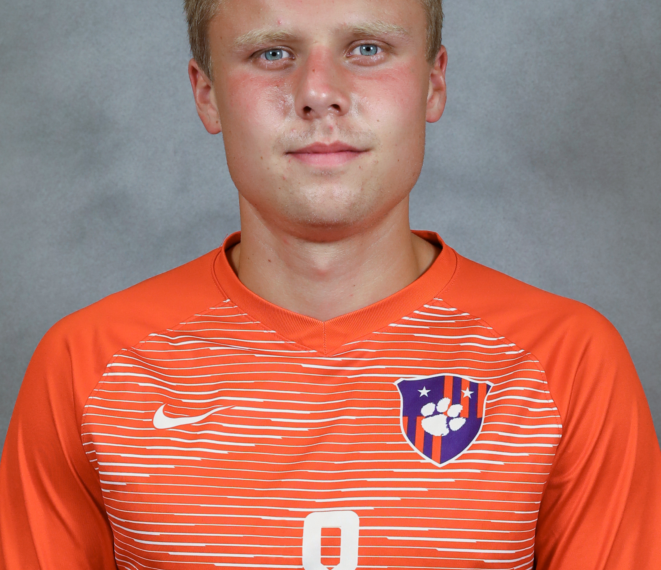 Johnson who is from New York, New York scored twice in Clemson’s spring season opening 3-1 win over Syracuse. He skillfully lofted a shot over the head of the on-rushing Syracuse netminder after receiving a cross from midfielder Luis Felipe Fernandez-Salvador and decisively drove a one timer into the back of the net from seven yards out after receiving a pass from defender Isaiah Reid.

Clemson head coach Mike Noonan stated, “He’s (Johnson) a really good player. We talked to him after the fall and told him that we need more production because if he’s going to take that next step, the production’s got to come with it.” Noonan added, “He obviously took it to heart with the two goals.”

Clemson improves to 9-2-1. The Tigers have a difficult contest coming up on Saturday, March 13 when they travel to Blacksburg to tangle with a good Virginia Tech team.