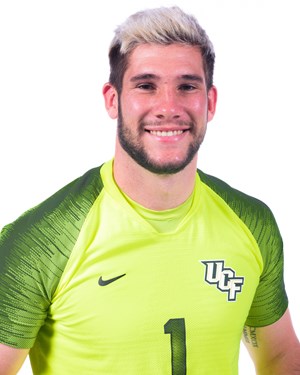 The play between the pipes is never more vital to the success of a team than it is in tournament play. Oettl made the stops he needed to make and then some to enable UCF to advance past AAC Tournament nemesis SMU in penalty kicks after the two teams were tied 1-1 at the end of regulation and extra time. Oettl had nine saves in the game with the Mustangs. He followed that up with a five save evening in another solid Knight defensive effort in a 1-0 win over Tulsa in the AAC Tournament final.

Oettl has recorded six shutouts to date during the spring season with a .912 save percentage.