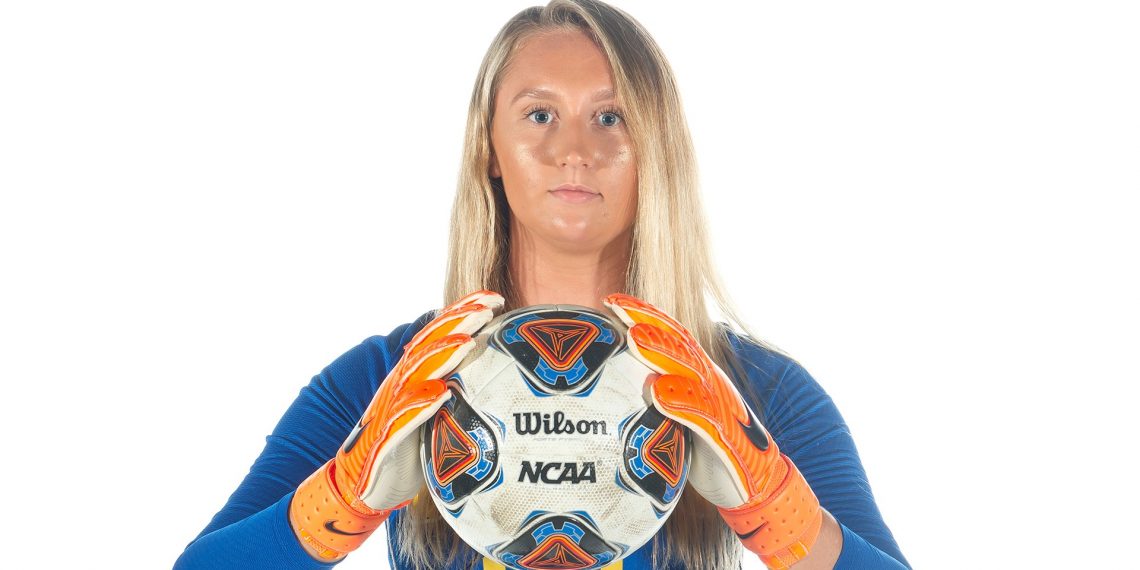 The Saints under the guidance of head coach Steve Karbowski have defied preseason expectations with a magical 6-0-2 spring season to date that has included wins over Iona 3-0 and Rider 2-1 to advance to the MAAC Tournament Championship contest where they advanced past four-time defending MAAC Tournament Champion Monmouth in a contest that was decided by a penalty kick shootout after it was scoreless at the end of 110 minutes of play.

Adams had three saves in the win over Rider and a career-high 12 saves that included two vital stops in the penalty kick shootout with Monmouth to anchor a bend but don’t break Saint defense. Adams was truly a difference maker for her team.

Adams and her Siena teammates will seek to keep their magical season alive in the upcoming NCAA Tournament.

Posted in Player Of The Week, Uncategorized