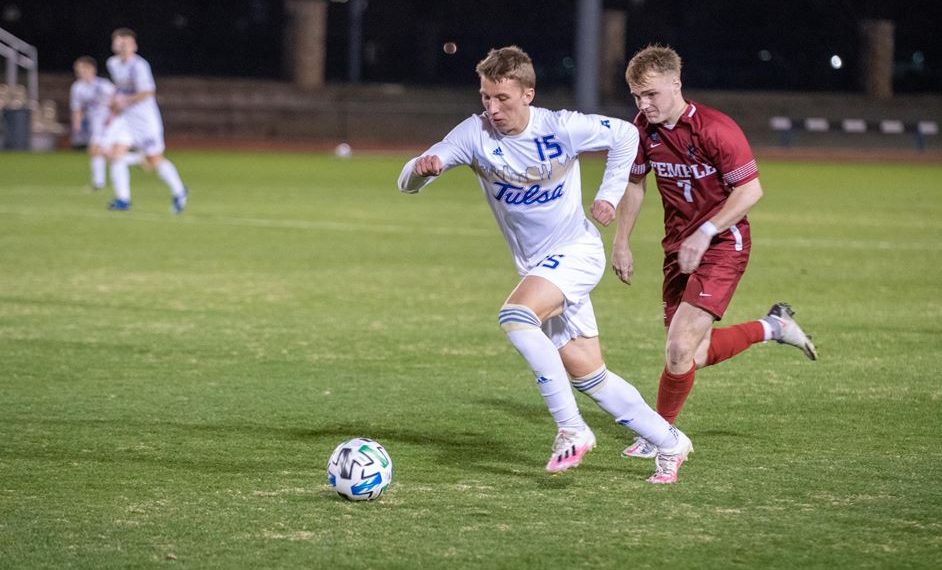 Meinhard had a four goal evening to power Tulsa past Memphis 5-0 in an American Athletic Conference contest. He opened the scoring for the Golden Hurricane when his shot found its way into the back of the net after deflecting off a Memphis defender. His first goal was set up by a nice cross from freshman forward Tom Protzek.

Meinhard added his second score of the match when he used his touch on the ball and quickness to evade several defenders to secure the angle he needed to send a ball into the back of the frame from 16 yards out.

In the second half of play, Meinhard converted two penalty kicks to round out a very productive evening of play.

Meinhard now has twelve goals and two assists season on the season.

Meinhard and his Golden Hurricane teammates have a tough slate of opponents in front of them beginning with a conference contest on Wednesday against SMU in Dallas. They then continue AAC play with a challenging contest in Philadelphia with Temple on Sunday and close out regular season play the following Friday when they host a UCF team that topped them 3-2 when the two squared off in Orlando.