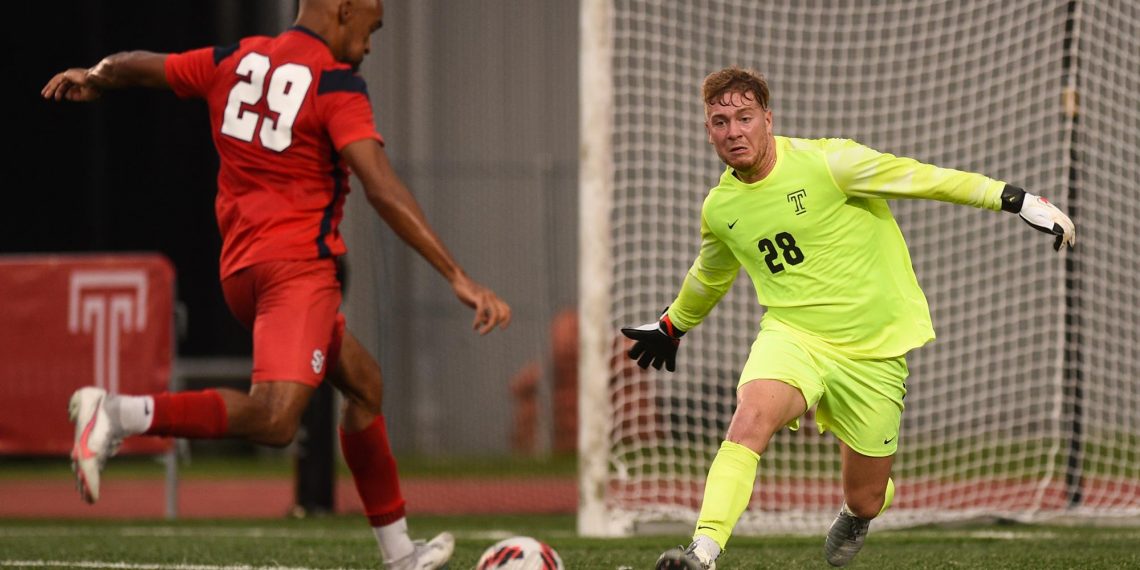 No player in the country may have made a greater impact on his team during the first week of the 2021 season than Gawronski who continually came up with the big saves that he needed to make to put his team in position to be successful. In Temple’s season opening 0-0 tie with Seton Hall on the road Gawronski stood tall in the goal with a six save evening that included several difficult stops including a game-saving stop of a penalty kick in overtime. In Temple’s subsequent 0-0 tie on the road with Rutgers Gawronski had three saves including another game-saving stop of a penalty kick in overtime.

Temple begins the season with a 0-0-2 record. The Owls will seek to get into the win column when they host Manhattan on Saturday at 3 p.m.