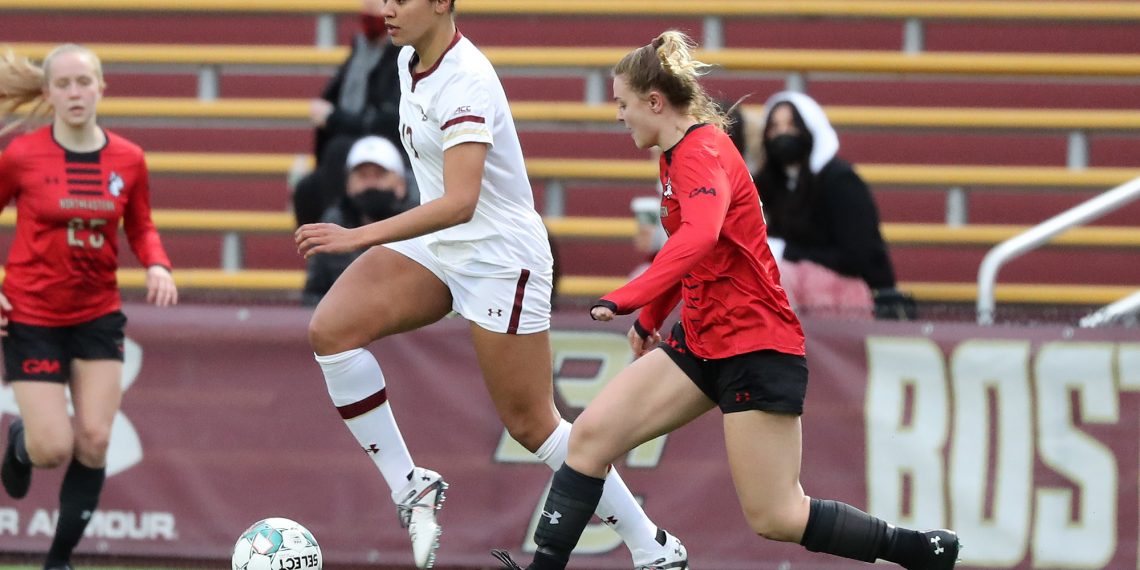 Boama was a force on the offensive side of the ball for the Eagles with a three goal and two assist week that helped Boston College secure a 3-1 win over Massachusetts, a 3-1 win over local rival Boston University, and a 4-1 win over Connecticut.

In the win over Massachusetts Boama alertly controlled a loose ball and sent it into the back of the frame and contributed the helper on teammate Ella Richards goal. In the win over Boston College she scored after running on to a long pass over the top from teammate Haley Thomas. In the win over Connecticut Boama made a nice move to create the space she needed to score from within the box after receiving a pass from Richards. She also contributed an assist on a subsequent goal by Richards.

Boston College improves to 4-0-0. Things don’t get any easier for the Eagles with a match coming up on their dance card against a talented South Carolina team in Columbia on Thursday at 7 p.m.