Syracuse Looks To Be A More Balanced, Deep And Experienced Team In 2022. 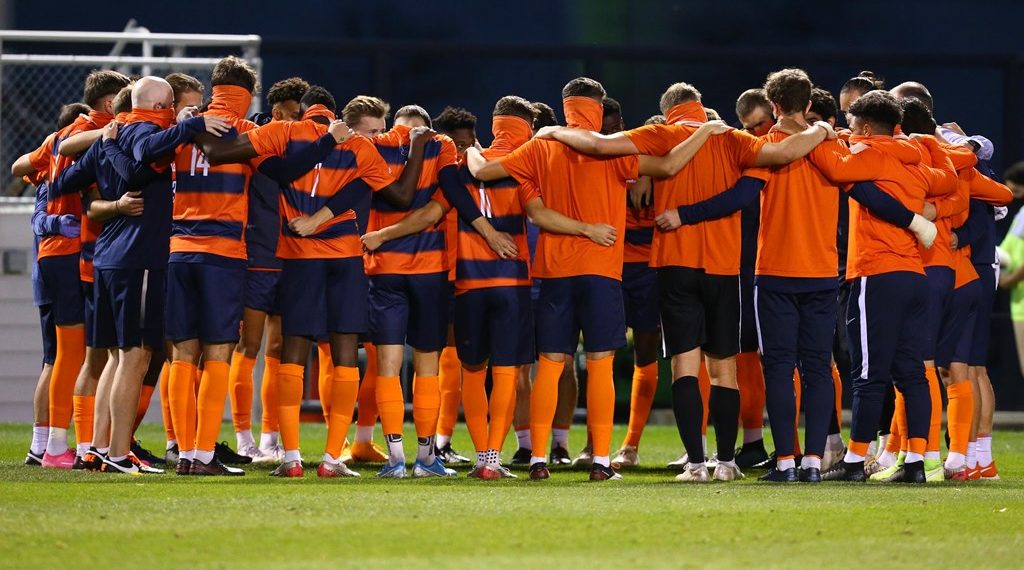 Max Kent – Defender – Played in 16 games with 14 starts in 2021. Transferred in as graduate student after playing his undergraduate career at Macalester College. Had two goals and one assist in 2021.

Luke Biasi – Defender – Played in 18 games with 17 starts in 2021. Transferred in as a graduate student in 2021 after playing for the University of Memphis during his undergraduate career.

The ability to close out the close contests that eluded the Orange in 2021.

Coach McIntyre stated, “These young men have each succeeded on the soccer pitch and in the classroom. They understand what it takes to be a Syracuse soccer player, and they will take tremendous pride in representing Syracuse University while fully embracing the challenges and demands that we place upon our student-athletes.

The first order of business will be replacing the firepower that forwards Deandre Kerr (9g, 3a) and Manel Busquets (6g, 2a) provided. Kerr, a 2021 All-ACC First Team selection, entered the professional ranks after leading the Orange in goals scored in 2020 and 2021. Busquets was a two-year starter after transferring in from Duquesne. Their departure means that Syracuse will have to depend on a number of new faces to power the attack in the final third in 2022. The good news is that there is no shortage of candidates with the potential to fill the void that exists.

Sophomore forward Curt Calov (5g, 1a) is a dynamic goal scorer with the creativity in the final third that can cause matchup problems for opposing defenders. Sophomore forward Francesco Pagano (4g, 0a) who was an impact player off the bench last year is well positioned to play a greater role in 2022. Sophomore forward Giona Leibold also had a productive freshman season during which he contributed five assists. Leibold’s ability to push forward on the flank at speed adds another dimension to the attack.

The Orange have added three transfers with the potential to make an immediate impact. Senior forward Levonte Johnson transfers in from Seattle University where he scored nine goals and contributed eight assists last year. Johnson was a United Soccer Coaches Association All-Far West First Team selection. Junior forward Nathaniel Opoku transfers in from Lindsey Wilson where he was named a 2021 NAIA All-American and the Mid-South Conference Player of the Year after a 16 goal and 5 assist season. Junior midfielder Lorenzo Boselli is a transfer from Dallas College Richland where he was a two-time NJCAA All-American and the 2021 NJCAA Player of the Year. Johnson and Boselli got a jump on the transition by joining the program in the spring.

The Orange must replace 2021 starting backs Max Kent (2g, 1a) and Luke Biasi (0g, 1a) who transferred in last year for a single season. On the plus side of the ledger, senior Buster Sjoberg (0g, 1a) who was a starter last year after transferring in from Wofford and junior Abdi Salim who was a starter in 2020 but missed the 2021 season due to injury return to anchor the backline.

Sophomore back Olu Oyegunle, who now has a year of playing experience under his belt, is a physical and athletic defender who looks to be in the hunt for a more prominent role in 2022. Seniors Christian Curti (2g, 0a) and Camden Holbrook are among other returning backs who figure to be in the mix.

Four factors to keep in mind in regard to Syracuse in 2022.

One. Syracuse has had a great deal of success since Ian McIntyre became the head coach in 2010. In addition, a good number of Orange players have had successful professional careers with many of them departing early over the last eight years to enter the MLS. That speaks well of the program and is a plus but it can be problematic at times.

McIntyre and his staff do a good job of annually filling the voids that exist but the bottom line is that no program is immune from the fact that overtime the cumulative impact of the early departure of key players can at times hamper the continuity and consistency of play of a team.

In that regard, the Orange were 2-7-4 overall in 2020 and 8-8-2 overall in 2021. They were absent from the NCAA Tournament field in both seasons after having earned a berth in six of the prior eight seasons. Despite the early departure of All-ACC First Team forward Deandre Kerr, Syracuse looks to be a more balanced, experienced, and deep team in 2022 than they were in 2020 and 2021.

Two. The departure of Kerr will likely result in an attack that will depend more on the combined talents and contribution of several players. The bump in the level of play that sophomore forwards Curt Calov, Francesco Pagano and Giona Leibold get from a year of experience and the ability of transfers Levonte Johnson, Nathaniel Opoku and Lorenzo Boselli to quickly and effectively merge into the team look to be among the critical success factors on the offensive side of the ball. Last year Syracuse outshot their opponents in almost all of their contests but it didn’t always convert into an advantage in terms of goals scored.

Three. Improvement is contingent upon Syracuse’s ability as a team to collectively learn how to consistently win ACC matches. The margin of error in the ACC is razor thin. Last year the Orange lost five ACC games by one goal and three of those five matches were decided in overtime. Syracuse looks to be a stronger team from top to bottom in 2022 in terms of the talent, stamina, and balance of the program which should enhance their ability to put in the full 90 minutes of play needed to close out close contests.

Four. Last year Syracuse held opponents to an average of 1.17 goals allowed per game. Not bad and an improvement over the 1.54 goals allowed per game in 2020. However this is an area where continued improvement is warranted particularly in ACC play. The return of back Abdi Salim who missed the 2021 season due to injury is a plus. Salim combines with Buster Sjoberg to anchor the backline. The healthy return of Salim and the experience others gained last year bodes well for continued improvement on the defensive side of the ball in 2022.

Nathaniel Opoku – Forward – Accra, Ghana – Junior transfer from Lindsey Wilson where he was an NAIA All-American Second-Team All-American. Had 19 goals and 5 assists during 2021 season.