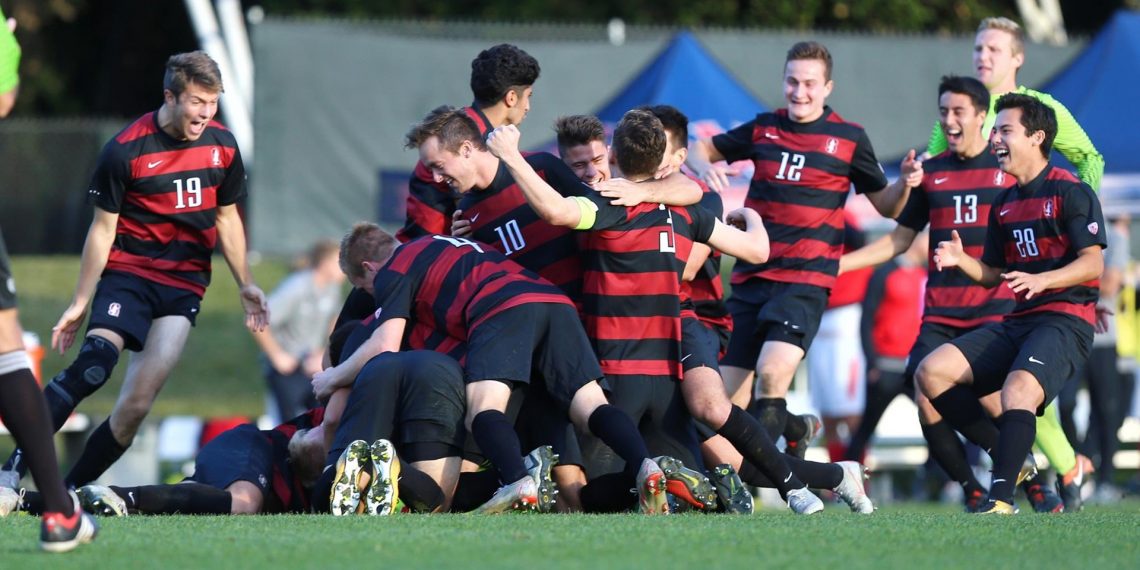 The Cardinal have announced the addition of an eight member recruiting class that on paper checks all the boxes. It includes playmakers at key positions across the pitch that address Stanford's immediate as well as longer term needs. Carol Agostinelli, Ousseni Bouda, and Gabe Segal are among the newcomers with the potential to immediately add pop to the offense.

Departures and Gaps – Jeremy Gunn will need to replace United Soccer Coaches Third Team All-America and Pac-12 First Team selection forward Amir Bashti (7g, 5a) and backs Adam Mosharrafa (1g, 2a) who was a three-year starter and Collin Liberty (0g, 2a) who appeared in eighteen contests last year with six starts.  The good news is that Stanford does not face the attritution due to graduation and the resulting voids that the program faced heading into the 2018 season.

Opportunities for Improvement – Stanford's attack improved steadily as the season progressed last year producing a total of thirty-three goals. Nonetheless, the opportunity exists for a more potent and aggressive offense in 2019.  Last year the Cardinal attack was tentative at times and had trouble settling into a crisp pace.

Coach's Recruiting Class Comment – Gunn stated, "I am always reluctant to say too much about student-athletes who have yet to arrive on campus, because past successes do not dictate immediate rewards at the next level, but there is no doubt that our staff has attracted a phenomenal group to the Farm. We have signed some of the brightest strikers in the country who will hopefully continue the rich tradition of top-level goal scorers in our program. We have added strength and depth across the midfield and solidified the backbone of the team by bringing in a cernter back, fullback and goalkeeper."

Summary – After winning three consecutive national championships it was inevitable that Stanford would have to come up for air at some point. They did that in 2018 with a 12-4-5 overall record, their fifth consecutive Pac-12 title with a 7-2-1 mark in league play, and by "only" advancing to the Elite Eight in the NCAA Tournament.

The Cardinal return nine starters in 2019 along with a solid group of talented returning players who are eager for the opportunity to play a greater role in 2019. They also have supplemented their roster with a very talented recruiting class. Redshirt sophomore forward Zach Ryan (10g, 3a) returns to power the attack with the benefit of a year of starting experinece under his belt. Seniors Derek Waldeck (1g, 6a) and Jared Gilbey (0g, 2a) and juniors Logan Panchot and Charlie Wehan (2g, 5a) return to give Stanford a very talented and deep midfield. Center back Tanner Beason (8g, 5a), the 2018 Pac-12 Player of the Year, and sophomores Ryan Ludwick (0g, 2a) and Andrew Aprahamian (0g, 2a) return in the back. Sophomore Andrew Thomas, a 2018 All-Pac-12 First Team slection, returns in goal to anchor the backline.

There a two critical success factors. The first is the emergence of another goal scorer or two to compliment Zach Ryan up-top and add balance to the offense. The second is successfully filling the center back position that is vacant due to the graduation of Adam Mosharrafa. Candidates to accomplish both of those objectives appear to be on board. The learning curve involved and the impact of it, if any, remains to be seen. Whoever fills the vacant center back slot will have to prove early on that they can handle the physicality.

Keegan Hughes – Defender – Heath, Ohio – Played for Columbus Crew SC Academy. 2018 Columbus Crew Academy Player of the Year. Netted five goals for Columbus Cres as a center back in 2017-2018. Tenacious ball winner who can add to the attack from the back.

Alex Rando – Goalkeeper – New York, New York – Beacon High School –  Played for the NYCFC Academy. Has participated in multiple U.S. Soccer National Team camps including two with the U18 National Team in 2018-2019.  Talented and composed presence between the pipes.

Keegan Tingrey – Defender – Danville, California – De La Salle High School – Played for San Jose Earthquakes Academy.  A solid playmaker with the potential to make an impact in the back or in the midfield.