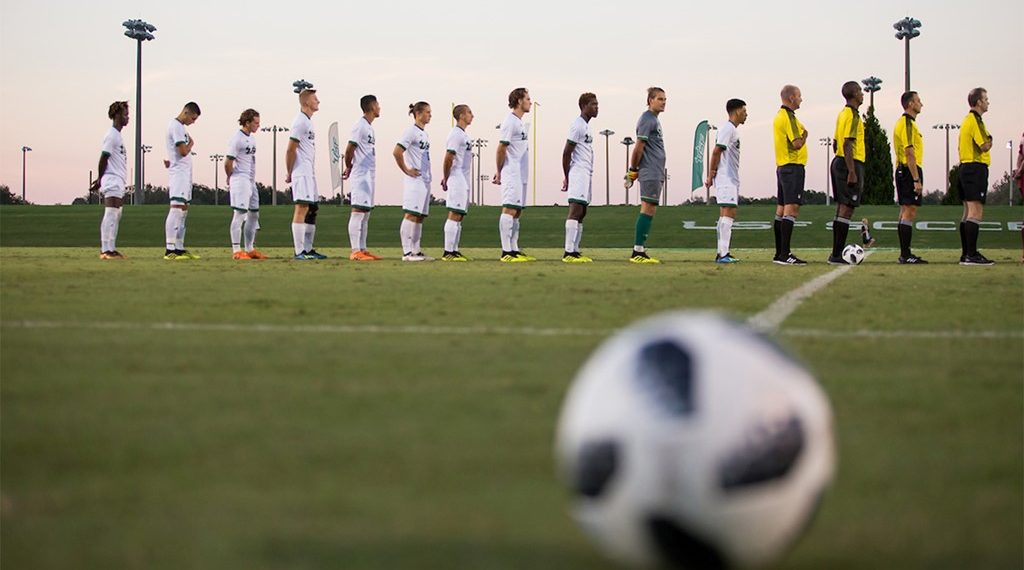 Bob Butehorn enters his third season as the head coach at South Florida with a very solid foundation in place upon which to build. The Bulls have added a six member recruiting class with an international flavor to a relatively young 2018 team that improved as the season progressed. The potential for significant improvement exists in 2019 but the Bulls remain a work in progress as they seek to capitalize on the experiece and growth gained last year.

Departures and Gaps – Almost everyone returns. Forward Tomaz Skublak, a 2018 All-ACC First Team selection, is the lone starter lost to graduation. Skublak led the South Florida attack last year after a breakthrough season in which he scored eight goals including four game-winners. His departure creates a void in offensive productivity that must be addressed.

Opportunities for Improvement – Enhanced productivity on the road and the avoidance of costly lapses (particularly out of restarts) on the defensive side of the ball. The Bulls were 2-6-2 when not playing at home last year. They allowed opponents to find the back of the net a total of thirty times in 2018. Improvement is needed in both of those areas in order for the Bulls to up their win total.

Summary – The Bulls improved as the 2018 season progressed and proved to be a tough opponent after beginning the year with four consecutive losses against a very competitve slate of opponents. South Florida concluded the 2018 season with a 7-8-2 overall record and a very solid 4-1-2 mark in AAC play.

The return of ten starters along with a solid contingent of players who saw a lot of action, many of whom were underclassmen, is an indicator that South Florida will have the talent, experience, and depth to contend for the AAC title and a double digit win season in 2019. The experience the young Bulls gained last year, particularly on the defensive side of the ball, should enhance their performance. Nontheless, the AAC race looks to be very competitive so South Florida's margin for error remains small. Frontrunners SMU, Central Florida, and Connecticut also return very competitive teams.

Junior Alex Zis (6g, 9a), a 2018 All-AAC Second Team selection, and junior forward Adrian Billhardt (0g, 3a), the 2017 AAC Rookie of the Year, are among returning players who should add spice to the offense. Zis returns to lead a midfield that should be balanced and deep. Senior Stephen Rudderham (3g, 1a), juniors Diego Guerrero (1g, 1a), and Jose Monge (2g, 0a) and sophomores Gordon Phipps (1g, 0a) and Richard Laval are among other returning linkmen.  Juniors Avoinne Flanagan, a 2018 All-ACC Second Team selection, Kori Cupid (2g, 0a) and Freddy Gil (0g, 1a), senior Jonathan Rosales (0g, 3a) and sophomores Henrique Gallina (1g, 1a) and Marcus Murphy return in the back. Senior Harrison Devenish-Meares, the starter in goal last year, returns to give South Florida an experienced presence between the pipes.

Vinicius Loureiro – Midfielder – Fortaleza, Brazil – Played for FC Utrecht in the Netherlands where he scored two goals in 2019 action.