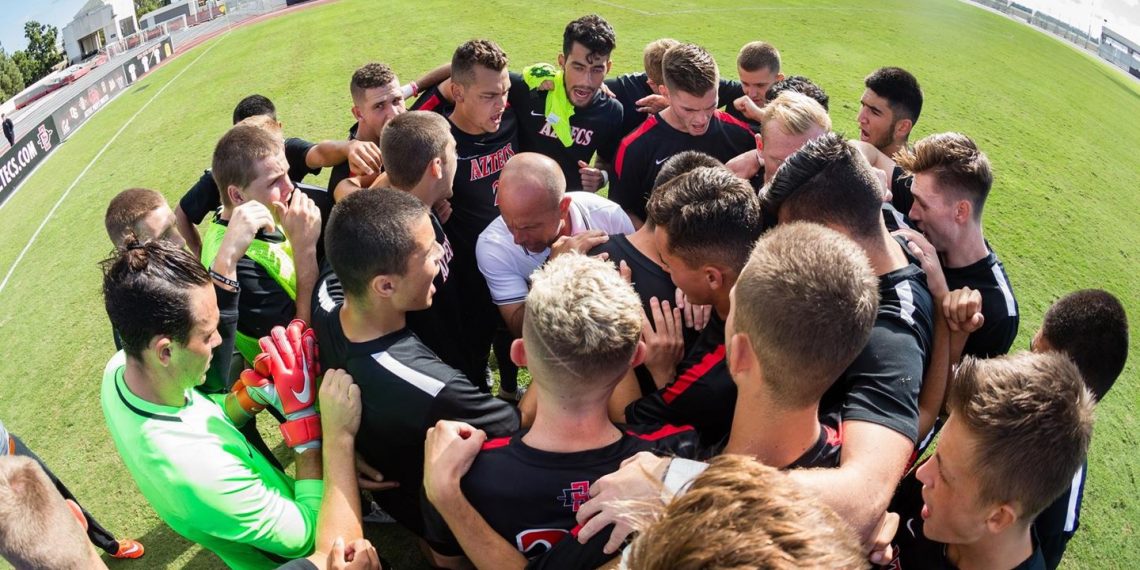 Lev Kirshner has added a nine member recruiting class that could prove to be just what the doctor ordered at San Diego State. The class includes several newcomers with the potential to add punch to the SDSU attack and strengthen the defense.

Departures and Gaps – San Diego State will be without four seniors from the 2018 team. The departures include All-Pac-12 First Team forward Damian German (8g, 1a) who transferred in for his senior season after starting at Grand Canyon for three years, starting backs Aleks Berkolds and Ilai Shvika, and goalkeeper Cameron Hogg. All four were starters.

Opportunities for Improvement – The Aztecs need a boost on the offensive side of the ball where their lack of big play ability hampered their productivity. SDSU scored a total of sixteen goals in 2018 while allowing a total of twenty-three. Their inability to finish was particularly glaring in Pac-12 play where they managed a total of only four goals while allowing sixteen. SDSU doesn't need to do a lot of things differently, they just need to do them better.

Coach's Recruiting Class Comment – Lev Kirshner stated, "My staff and, specifically, lead assistant, Josh Hill, have worked tirelessly to put together one of the top classes in the country and they deserve to be commended for their great work. This highly ranked group joins a very strong necleus of returning players, former ranked classes and ensures that our future remains bright."

Summary – The Aztecs have earned a berth in the NCAA Tournament a total of nine times with the 2016 season being the most recent. In 2016 SDSU was 9-4-6 overall with a 4-3-3 mark in Pac-12 play which was good for a third place finish in the conference. But over the past two seasons the Aztecs are a combined 3-17-0 in Pac-12 play.  During the 2016 season SDSU scored nineteen goals and only allowed thirteen. In 2017 they scored nineteen while allowing thirty. In 2018 they found the back of the net a total of sixteen times while allowing twenty-three.

Finding and/or developing an additional playmaker or two looks to be the key to SDSU's quest to improve their win total and secure the edge needed to prevail in close contests in 2019. Their progress in accomplishing that is difficult to predict because it depends on the ability of untested newcomers, forwards Matthew Hoppe, Hunter George, Austin Wehner and Ryan McCusker and midfielder Blake Bowen, as well as the returning players to add an additional dimension to the offense.

On the plus side of the ledger, San Diego State returns one of the best midfielders in the Pac-12 in 2019 All-Pac 12 Second Team selection redshirt senior Pablo Pelaez (6g, 3a). He is the guy who will set the tone and the pace for the Aztecs in 2019. Seniors AJ Valenzuela (0g, 2a), Emil Kjellker (1g, 2a), and Adam Vargas (1g, 1a) and redshirt sophomore Laukoa Santos (1g, 0a) are among a solid group of seasoned midfielders slated to return.

The departure of backs Berkolds, Shvika and goalkeeper Cameron Hogg leaves a void to be filled on the defensive side of the ball. Senior backs Mac Clarke and Miles Stray return along with several other defenders who saw significant playing time last year to provide an experienced necleus upon which to build. Defender Gisli Martin Sigurdsson, who joined the program during the spring, is among the newcomers who should compete for a starting job. Redshirt senior Max Watkin who appeared in seven contests is among returning goalkeepers.

Kirshner has leaned heavily upon transfers to fill gaps at times in the past. While that often is effective it can be problematic from a team chemistry and fluidity perspective. Almost half of the 2018 team members were in their first season as an Aztec.

It is not out of the question that San Diego State will be very competitive in 2019 but a noticeable increase in the number of wins is not likely without signficant improvement on both sides of the ball. Climbing out of the cellar of the highly competitive Pac-12 Conference is not going to be easy. A climb back to a .500 record in Pac-12 play in 2019 would be a great start. The bottom line is that team chemistry looks to be a plus at SDSU in 2019. Perhaps that, along with a little more punch on the offensive side of the ball and intensity on the defensive side will give the Aztecs the edge they need to prevail in more of the close contests in 2019.

Tetsuya Kadono – Goalkeeper – Irvine, California – Woodbridge High School – Played for the strikers FC U-18/19 team where he has appeared in seventy matches over the past five years. Team captain.