Maryland Restocks with the Addition of Eight Well Prepared and Gifted Newcomers. 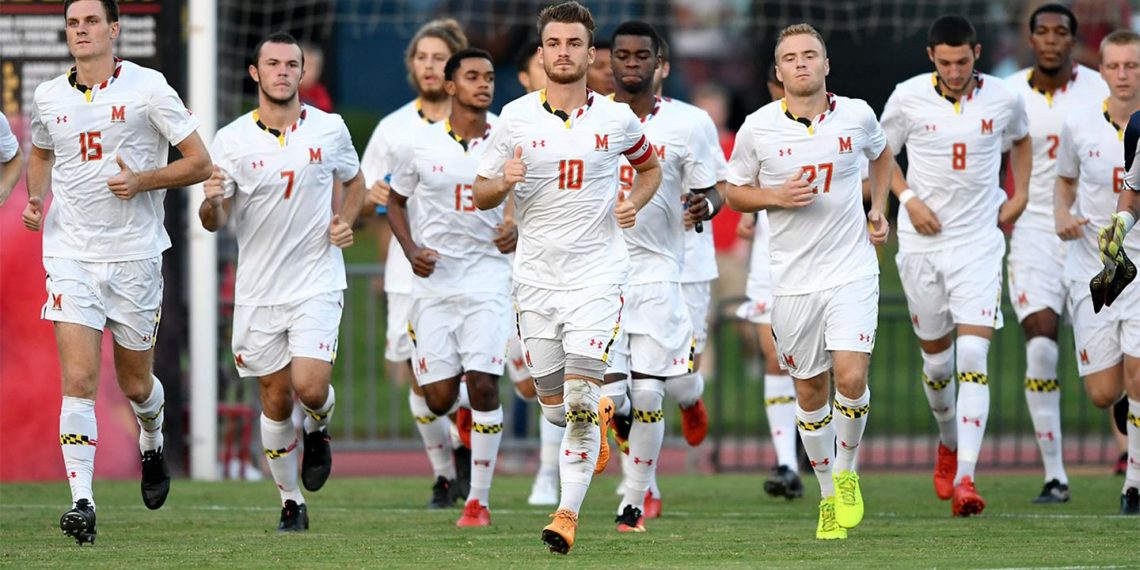 Maryland has announced eight newcomers with more additions to follow at a later date. The newcomers announced have the technical skills and athletic ability required to fit into Maryland's fast paced and pressure oriented system of play. Center backs Ryan Blumberg and George Campbell and midfielder David Kovacic look to be among the recruits who are likely to make an impact early on.

Departures and Gaps – Maryland must address the departure of six starters. The Terps will be without six seniors from the 2018 squad in addition to 2018 All-American and All-Big Ten First Team center back Donovan Pines who elected to forgo his senior season in College Park to sign a homegrown player contract with D.C. United.

Opportunities for Improvement – The talent and effort were there from the beginning last year but it took Maryland a while to establish their identity, gel as a team, and consistently put together a full ninty minutes of play.

Coach's Recruiting Class Comment –  Sasho Cirovski stated, "I am delighted to welcome these outstanding young men to our program. They are everything we look for in our recruits. They possess great ability that fits our needs, but more importantly, as people, they are all made of the right stuff. Not only do that have the skill and mindset to attack ruthlessly, but also have the pride and to defend relentlessly. They will fit in seamlessly with our returning players and are ready for the challenge of the 2019 season."

Summary – Maryland is always a threat. The Terps, who have earned a berth in the NCAA Tournament for eighteen consecutive seasons and won four national championships (1968, 2005, 2008, 2018), are among the elite college soccer programs in the country. Regardless, it is unlikely that even the most die hard Terp fan would have predicted back on October 12 that a Maryland team that was 4-5-3 at the time would go on to win the 2018 national championship.

Maryland is at their best when they are attacking and applying pressure. To do that successfully, which the Terps so often do, all the pieces must fit together. If they don't vulnerabilities exist, particularly on the defensive side of the ball, that can be exploited when facing the grind of competition from Big Ten foes as well as a challenging slate of non-conference opponents. Everything fell together for Maryland in the NCAA Tournament last year and the result was a run to the national championship during which the Terps didn't allow a goal in 450 minues of play.

Maryland will enter the 2019 campaign with key gaps to plug in both talent, leadership, and experience on both sides of the ball. Filling the voids is no small order but it's not all bad news for a program that is never short on talent. The cupboard will be packed with talented players eager for the opportunity to play a more prominent role and you can count on Cirovski and his staff having them prepared to play. So the talent isn't the question, as it rarely is at Maryland. As much as anything, it's about senior leadership and the ability of the Terps to merge together their individual talent in a way that maximizes their effectiveness as a team.

Maryland will likely look to All-Big Ten Second Team selection sophomore forward William James Herve (4g, 3a), senior forward/midfielder Paul Bin (4g, 3a), junior forward Eric Matzelevich (2g, 3a) and sophomore forward Vinicius Lansade (1g, 1a) to carry the scoring load in 2019. Herve's quickness and touch on the ball, in particular, should present matchup problems for opposing defenders. Senior Eli Crognale (0g, 4a) and junior Matt Di Rosa (1g, 1a) are among key returning midfielders. Senior left-footed center back Johannes Bergmann and sophomores Ben Di Rosa (1g, 0a) and Brett St. Martin (1g, 0a) are among returning backs. Sophomores Russell Shealy and Craig Eichelberger are among returning netminders who will seek to assume the starting role in goal. Neither saw any action between the pipes last year.

Ryan Blumberg – Defender – Sydney, Australia – Played for Charlton Athletic where he played twenty plus games for the U-23 team. Played at the Nike Academy in England before Charlton. A left center back. Joined program in spring season.  Initially signed with Maryland in 2017 but elected to attend the Nike Academy instead.

Luke Brown – Forward – Cambridgeshire, England – Senior transfer from Hofstra where he was a starter for three seasons and scored a total of nineteen goals. 2018 and 2017 All-CAA Third Team selection. 2016 All-CAA First Team member.

Marques Antoine – Defender – Dollard-Des-Ormeaux, Quebec – Montreal Impact Academy – Played fourteen games with the Montreal Impact U-17 and U-18 teams in the 2016-2017 season. Member of the Canadian Youth Nation Team.