Louisville Begins the John Michael Hayden Era with the Addition of Seven Newcomers. 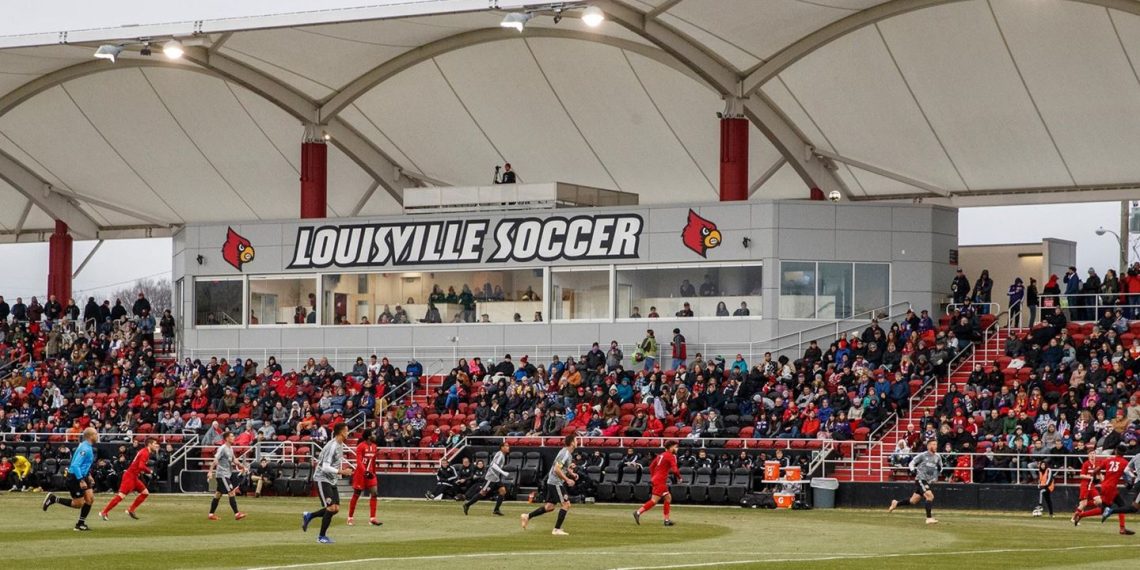 Louisville has leaned heavily on transfers in the past to fill gaps. The Cardinals' 2019 class is no exception. John Michael Hayden's first recruiting class at Louisville includes four very talented junior transfers and three freshmen. The experienced transfers all have the potential to make an immediate contribution.

Departures and Gaps – Louisville will be without four seniors due to graduation and one starting back who transferred. Key departures due to graduation include forward Tate Schmitt (5g, 8a) and midfielders Geoffrey Dee (3g, 2a) and Adam Wilson (4g, 3a). Schmitt was a 2018 All-ACC First Team selection who finished a highly productive tenure in Louisville with twenty-six career goals including eleven game-winners. Dee was a 2018 All-ACC Second Team selection and two-year starter who transferred in after playing at Tulsa for two seasons. Wilson was a two-year starter who transferred in after playing two seasons at Cincinnati. Louisville will also be without defender Defender Fekri Ziyad (1g, 2a) who transferred to Connecticut after being in a starting role in 2017 and 2018. The Cardinals will enter the 2019 season without Ken Lolla who resigned after thirteen highly successful seasons as the Louisville head coach to pursue other callings. Lolla turned Louisville into a national contender with eleven NCAA Tournament appearance, five trips to the Elite Eight, and a run to the College Cup in 2010.

Opportunities for Improvement –  Avoiding slow starts. The Cardinals came out flat at times last year allowing early goals in many of the contests that they lost or tied.

Coach's Recruiting Class Comment – John Michael Hayden stated, "Each of these young men possess specific qualities that we value and because of this will greatly enhance our program for years to come."  He added, "The pursuit of winning championships is our ultimate goal and these additions to our team will make us stronger for the 2019 campaign."

Summary – The process of transitioning to a new head coach and staff can create a learning curve but the transition should be a smooth one at Louisville since Hayden served as an assistant coach at Louisville under Lolla for four seasons (2012, 2016, 2017, 2018). One of the early challenges will be successfully merging the newcomers, particularly the transfers, in with returinng players.

Hayden inherits a solid group of returning players from the 2018 team that was 11-5-3, won the programs first ever ACC Championship, and was awarded the number four seed in the NCAA Tournament. The expectation that the Cardinals would make a deep run in the NCAA Tourney last year ended abruptly when they were upset at home 2-1 by Michigan State in the second round of the tournament.

The level of returning talent on both sides of the ball and the strength of the recruiting class bodes well for the potential for continued success and a differnent ending to the 2019 campaign. Louisville looks to have all the ingredients needed for a possession oriented offense capable of wearing opponents down. Senior Kino Ryosuka (1g, 3a), junior Isaiah Jennings (2g, 0a) and sophomores Pedro Fonseca (1g, 3a) and Haji Abdikadir (2g, 0a) are among returning players who will power the attack up-top. The addition of junior transfer forward Emil Everoth who is a proven goal scorer should add another dimension to the offense.

Senior Cherif Dieye (5g, 0a), a 2018 All-ACC Third Team honoree, is an experienced playmaker who provides additional punch to the attack in the midfield. Look for Dieye to set the pace and the tone in the middle of the park. Senior Lamine Conte (0g, 1a), juniors Liam Bennett and Elijah Amo (3g, 0a) and sophomore Cameron Wheeler (0g, 1a) among others rounds out what looks to be a talented and soccer savvy group of linkmen. Junior transfers Neil Boyal and Carlos Sanchis should also figure in the mix.

The backline led by senior three-year starter Cody Cochran, senior Louka Masset, junior Connor Brazil and sophomore William Portman will be talented and experienced. Junior transfer Will Hirschman adds yet another solid and experienced option in the back. Junior Jake Gelnovatch (0.94 GAA) who has been the starter for the past two seasons returns to give the Cardinals an experienced and poised presence in goal.  Junior Will Meyer who started four contests last year and sophomore William Howard also return between the pitpes to add depth.

There is a lot to like about Louisville heading into the 2019 season. Playmaking ability and depth exists on both sides of the ball. There's reason for optimism, nonetheless the fact remains that Louisville is experiencing a transition which may or may not have an impact.

Neil Boyal – Midfielder – Olympia, Washington – Olympia High School – A junior transfer from Drexel University where he played in eleven contests with eight starts his sophomore season. He appeared in sixteen and started fifteen his freshman year. Played for the Seattle Sounders Academy. An All-State First Team selection and All-Area Boys soccer performer of the Year in 2015 at Olympia High School.

Carlos Sanchis – Midfielder – Madrid, Spain – A junior transfer from Florida Atlantic where he appeared in sixteen games with fifteen starts in 2017 and led the Owls in scoring in 2017 with five goals. Played in twelve contests with three starts in 2016.

Will Hirschman – Defender – Carmel, Indiana – Brebeuf Jesuit Preparatory School – A junior transfer from Ohio State where he played in twenty-seven contests with twenty-four starts. Joined the team in the spring.