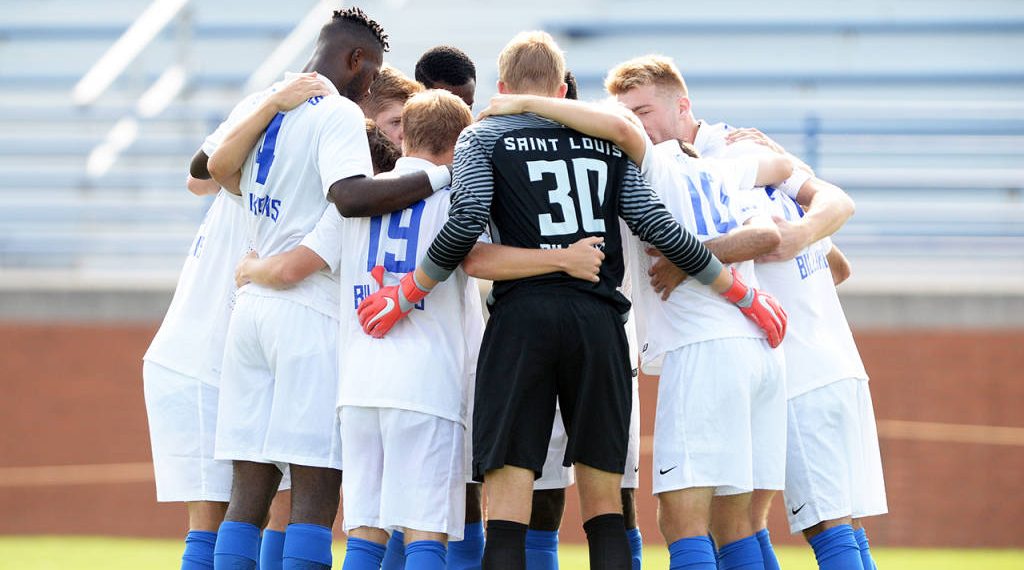 Saint Louis has added a recruiting class that looks to be the strongest the Billikens have brought on board in many years.  This super sized class has a little bit of everything. It includes top talent from the soccer rich St. Louis area as well as other parts of the country and several players with international experience. It consists of eleven freshman and two transfers. Four of the newcomers have National Team experience and many have resumes that include very competitive Academy play.

Opportunities for Improvement –  Last year Saint Louis had a huge 264 to 128 advantage in shots taken over their opponents but they were often unable to capitalize on this. Statistics can be misleading but it might indicate poor shot selection, a lack of patience on the offensive side of the ball, the inability to finish opportunities, or some combination of the above. Regardless, improvement in the ability to create good scoring opporutinties and to finish a higher percentage of them would be a plus.

Coach's Recruiting Class Comment – Kevin Kalish stated, "It's a large class, but we feel each one of these players will add tremendous value to our team both in the short and the long-term. It is an extremely talented group with four players having National Team experience and nine players captaining their respective teams. We expect each student-athlete to have outstading careers as Billikens and represent the city of St. Louis and Saint Louis University with integrity, pride and class."

Summary – If you are looking for a team with the potential to significantly up its win total in 2019 then look no further than Saint Louis. Potential is the key word in the sentence. Saint Louis is a sleeping giant but cautious optimism is warranted. Kalish still has gaps that need to be addressed and it is a given that Saint Louis is not the only program in the thirteen team member Atlantic-10 that is working to get better. The unanswered question is how much and how quickly can the Billikens improve.

Saint Louis was 6-4-7 last year with a 3-1-4 mark in Atlantic 10 play. The encouraging news is that a lot of talent returns on both sides of the ball supplemented by a very good recruiting class. If everything falls into place and the newcomers can make a significant contribution there is a very good chance that Saint Louis will get the bump they need in 2019 to begin to prevail in a good portion of the contests that they tied or played close in 2018.

Sophomore John Klein (9g, 1a), the 2018 A-10 Rookie of the Year, returns will the benefit of a year of experience to power the attack. If Klein gets the traditional freshman to sophomore bump in the level of his play he will have a very productive 2019 season. Senior Leo Novaes (5g, 5a) and junior Ben Huels (1g, 2a) and junior Sean Armistead are among other returning forwards who should add an additional dimension to the attack. Sophomore forward Simon Becher, a 2018 All-Patriot League Third Team selection who fournd the back of the net seven times last year at Holy Cross, is among several members of the recruiting class who could make an immediate impact.

Senior midfielder Devin Boyce (4g, 4a), a  2018 All-Atlantic 10 First Team selection, is a prime time playmaker with the ability to change the complexition of opposing defenses. He is the catalyst who will set the pace for the team. Juniors Keaton Schieffer (0g, 1a), Patrick Wilkinson (0g, 1a), and Matteo Kidd are among other returning linkmen who round out what will be a deep and talented group of midfielders.

The departure of backs Lennart Hein and Andre Rivers-Hardware creates an experience and talent void that must be filled on the defensive side of the ball. Redshirt senior Quayyum Murana (0g, junior Brandon Santel (1g, 1a) and sophomore Chase Niece (2g, 1a) are among key returning backs. Junior transfer Jacob Goyen who joined the program in the spring is among the newcomers who should push for minutes in the back. Sophomore Seth Stiebel who played in eleven contests last year with nine starts and senior Ty Frederiking who started in five games last year return in goal.  Freshmen Patrick Schulte and Mason Taylor could also be in the mix for playing time between the pipes.

Jacob Goyen – Defender – Frisco, Texas – Lone Star High School – A junior transfer from Ohio State where he played in seventeen contests in 2018 with fifteen starts. Appeared in ten games as a freshman. Played for FC Dallas.