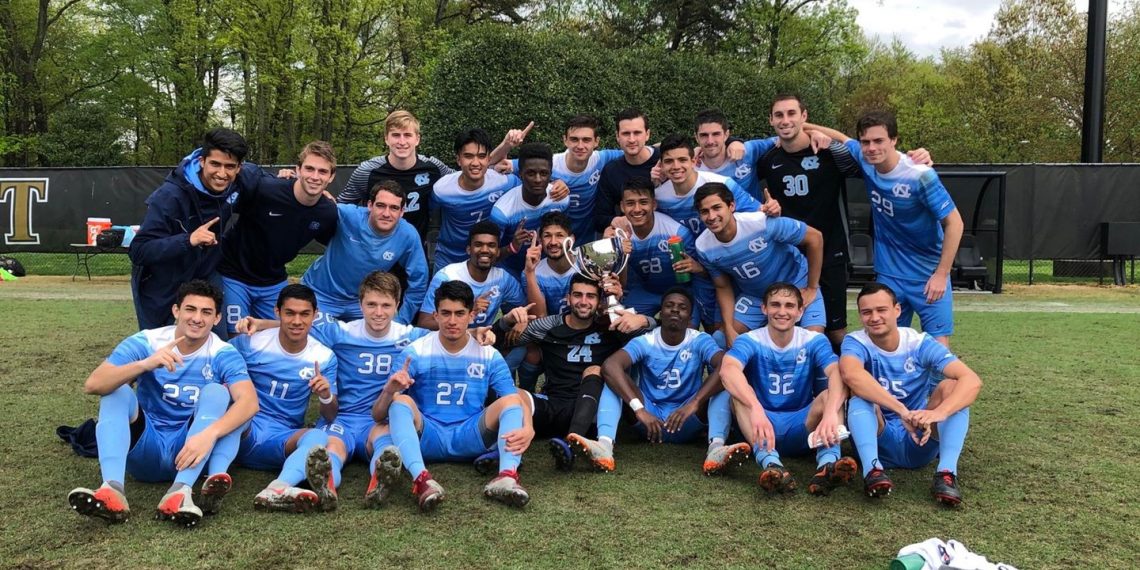 Carlos Somoano will welcome a large recruiting class to Chapel Hill that looks to be among the most talented in the country. With so much talent and experience returning, the newcomers will have time to transition to the college game and will not be required to carry the load. Nonetheless, the class could make a significant difference in whether or not the Tar Heels have a good or great 2019 season.

Departures and Gaps – The Tar Heels will enter the 2019 campaign without the services of eight seniors from the 2018 squad. Key departures due to graduation include goalkeeper James Pyle, defender Alex Comsia and midfielder Nils Bruening (6g, 4a).  North Carolina will also be without defender John Nelson who elected to take his game to the professional level after his sophomore season. Comsia, the 2018 Atlantic Coast Conference Defender of the Year and a United Soccer Coaches and College Soccer News All-American, was a four-year starter. Pyle who was a four-year starter and Bruening were 2018 All-ACC First Team selections. Nelson was a two-year starter and 2018 All-ACC Second Team honoree.

Opportunities for Improvement – In 2017 and 2018 North Carolina was unable to play its home games in the friendly confines of Fetzer Field due to major renovations that took longer to complete than initially anticipated. In 2017 UNC's home games were played at WakeMed Soccer Park in nearby Cary and in 2018 they played five home games at Wake Med Soccer Park and three at Koskinen Stadium in Durham. The Tar Heels will return to a new state-of-the-art Fetzer Field in 2019. While North Carolina fared well over the last two seasons in their "home" contests, it is a big plus for the program to once again be able to play their home games on campus at Fetzer Field. The Tar Heels will play eleven of their seventeen regular season contests at Fetzer Field in 2019 including key contests with Atlantic Coast Conference opponents Notre Dame, Duke, Syracuse and Louisville. UNC will travel to face ACC foes Virginia Tech, Pittsburgh and Virginia.

Summary –  The Tar Heels have several big shoes to fill but it is difficult to imagine North Carolina not challenging for the ACC title and making waves on the national scene in 2019.  A ton of talent is slated to return and Carlos Somoano, the active leader in winning percentage among Division I coaches, has established that he can build a team. The fact that the Tar Heels secured their second consecutive US Soccer Spring College Title in April against a very competitive slate of opponents bodes well for the 2019 campaign.

North Carolina is among the programs where success has become the expectation but there is no danger of complaceny in Chapel Hill.  Returning to a brand new Fetzer Field in 2019 will add excitement and UNC's unexpected and disappointing early exit from the NCAA Tournament last year should provide motivation particularly for the seniors.

Players who were responsible for twenty-six of North Carolina's thirty-two goals in 2018 return. The potential exists for a very productive up-tempo and multi-dimensional attack with several different lineup options available to Somoano. Senior Jelani Pieters (2g, 4a) and junior Alex Rose (2g, 0a) are among returning players who will provide punch to the attack up-top. Both are very capable finishers.

The Tar Heel midfield led by senior All-American Mauricio Pineda (5g, 4a) shapes up to be as talented as any in the country. Pineda, who is a complete player, will be the guy who sets the pace and the tone for team. Junior Giovanni Montesdeoca (8g, 4a), a silky smooth playmaker, will add additional pop to the offense in the attacking midfielder role. Seniors Jack Skahan (7g, 3a) and Jeremy Kelly (1g, 2a) who have been starters for the past two seasons are clutch performers who look to be among key contributors in the midfield  Ditto that for juniors Lucas Del Rosario (0g, 1a) and Raul Aguilera (0g, 3a).  Sophomore Milo Garvanian (1g, 3a) who saw action in sixteen games with eight starts last year will also be in mix in the midfield in 2019.

However, success at UNC in 2019 involves more than offensive productivity. Defense is also a priority. Last year the Tar Heels only allowed a total of ten goals and were ranked third in the country in team goals against average (0.510). The biggest challenge to address heading into the 2019 season is on the defensive side of the ball where the departure of backs Alex Comisa and John Nelson and goalkeeper James Pyle creates the potential for a dropoff.

North Carolina's schedule does not allow the Tar Heels to ease into the season.  The Tar Heels have tough competitive contests with Creighton and UCF right out of the gate and a conference game against Virginia Tech in Blacksburg on September 13.  As a result it is important that the defense develop and gel without an extended learning curve. The good news is that the talent appears to be on board for that to happen.

Junior back Mark Salas, a starter for the past two seasons, returns to anchor the backline. Seniors Jeremy Kelly, Martin Salas, Matt Constant who transferred in last year from New Mexico and Sam Jones who transferred in last year from Young Harris College are among returning defenders with the potential to fill the gaps that exist. Several of the newcomers also have the potential to step into a starting role in the back. Junior Alex Smir who started eleven contests in 2017 when Pyle was injured looks to be ready to assume the starting role in goal. Junior Drew Romig who started three contests in 2017 is also an extremely capable netminder.

The bottom line is that not many college soccer teams will have rosters in 2019 that are more talented and experienced than North Carolina. Nonetheless the difference between winning and losing in college soccer remains small particularly in the highly competitve ACC.  A lot of things have to fall into place but the question at UNC is whether or not the gaps can be capably filled on the defensive side of the ball.  If the answer is yes, look out for North Carolina.

Santiago Herrera – Forward – Barquismeto, Venezuela – U.E. Antonio Jose de Sucre HIgh School – Junior transfer from UCLA where he started seventeen contests in 2017 and eleven in 2018.  Netted two goals in 2018 and three in 2017. Played for US U17 Men's National Team. Played for Deportivo Lara.