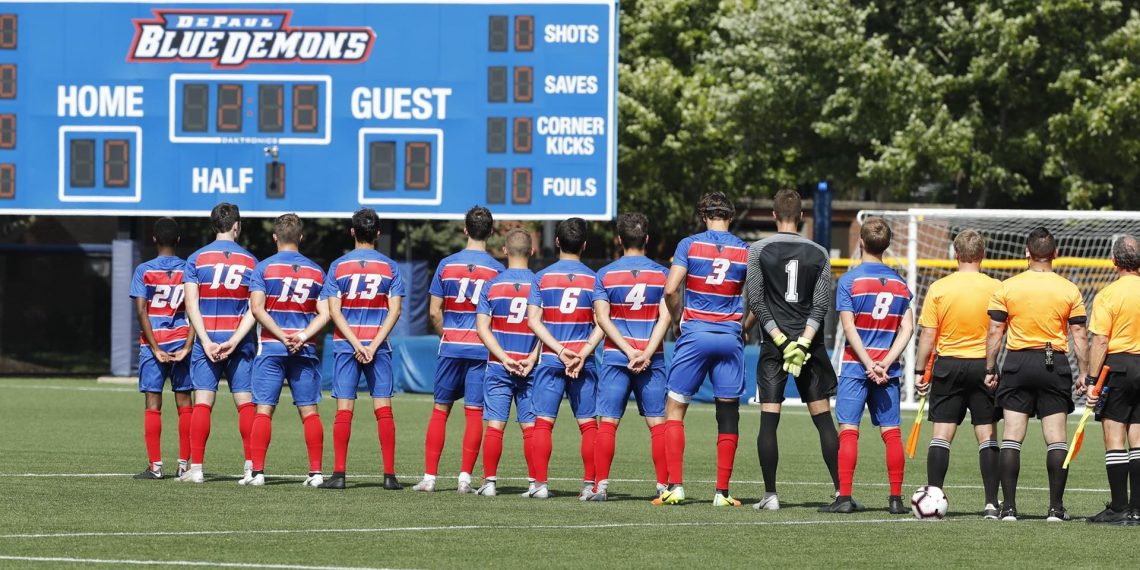 Mark Plotkin enters his second season at the helm of the DePaul program with the addition of seven freshmen and one sophomore transfer. The class should add depth and provide quality minutes while also building for the future.

Departures and Gaps – Departures due to graduation include midfielder Harry Hilling (1g, 6a) who started seventeen contests, midfielder Michael Mojarro (1g, 1a) who played in fiteeen games with six starts, midfielder Bryan Simons (2g, 0a) who appeared in fifteen games with one start, and defender Anton Sell who saw action in nine contests with four starts. The Blue Demons will also be without midfielder Istvan Wilhelms (5g, 0a) who played in fifteen contests with ten starts.

Opportunities for Improvement – Greater depth. Additional playmaking ability on the offensive side of the ball.

Coach's Recruiting Class Comment – Mark Plotkin stated, "The class displays our university and soccer program's ability to attract local talent from the Chicagoland area as well as talent on a regional and national level. We expect this group to add depth and compete for playing time in every position on the field – from goalkeeper up to the forward line."

Summary – Head coach Marc Plotkin who was a four-year starter at DePaul from 2006-2009 and the current DePaul players will enter the 2019 season with the initial learning curve that accompanies the transition to a new coaching staff behind them. In his first season at the helm of the program, Plotkin guided the Blue Demons to a 5-9-3 overall record that included a 2-5-2 mark in Big East Conference play. DePaul played everyone close last year with six of their nine losses being decided by a one goal margin. Overtime was required to determine the outcome in seven of DePaul's seventeen contests last year during which the Blue Demons were 2-2-3.

Last year DePaul was eighth best in the Big East Conference in total goals scored (17) and seventh best in total goals allowed (22). With ten starters slated to return, including four sophomores who now have a year of experinece under their belts, the opportunity for continued improvement on both sides of the ball appears likely in 2019. Nonetheless, DePaul's margin for error will remain very small particularly in the highly competitive ten team Big East Conference where any weaknesses are exploited.

The backline looks to be a team strength with seniors Max DeBruijne (2g, 0) and Sasa Labovic (0g, 1a) and junior Brayden Callipari among those returning. RS junior Drew Nuelle, who can hold his own with any netminder in the Big East, returns to anchor the defense in goal.

Junior Timmy Iscra (0g, 2a), sophomores Matty Brickman (0g, 3a) and Patrick Watkins, and senior Joshua Bowser are among a solid contingent of returning midfielders. Sophomore transfer Youssef Ramadan is among the newcomers who should contribute in the midfield. Senior Zach El-Shafei (3g, 1a), sophomores Jack Richards (2g, 2a) and Jake Fuderer (0g, 4a) and redshirt junior Isacc Friendt (1g, 0a) who missed most of the season due to injury are among those who will likely be called upon to provide the offensive firepower up-top that is needed for the Blue Demons to win the close contests that eluded them last year.