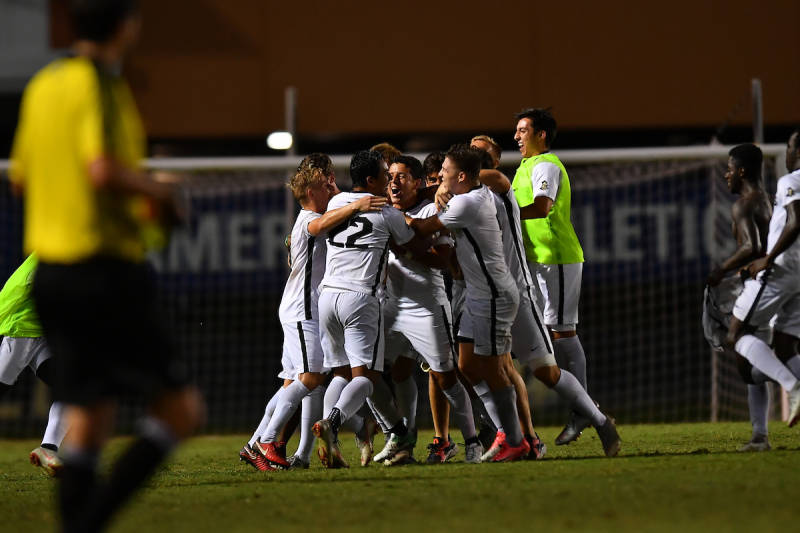 UCF seeks to build on a very productive 13-3-3 overall 2018 record and 5-1-1 mark in American Athletic Conference play with the addition of a five member recruiting class that will join a solid contingent of returning players.  The class includes one sophomore transfer and four freshmen who should add depth while having the time to make a smooth transition to college soccer.

Departures and Gaps – The Knights lose a ten member 2018 senior class that included defender Zackary Waitman (1g, 1a) who was a four-year starter and midfielders Walker Dawkins (4g, 4a) and Max Stiegwardt (1g, 1a). Leadership could be an issue with the departure of so many seniors. The return of captain Jonathan Dean in 2019, whose 2018 season was cut short due to injury, is a big plus in that regard.

Opportunities for Improvement – Cal Jennings (20g, 5a) returns to give UCF one of the most explosive finishers in the country.  He was responsible for twenty of the Knights forty-four goals last year.  He will again be a tightly marked man in 2019. The ability of others like midfielders Louis Perez (3g, 5a) and Yoni Sorokin (4g, 5a) and forward Hattabiou Barry (3g, 4a) to provide balance to the attack is critical. The starting lineup last year included a lot of underclassmen with several freshmen seeing a lot of action. Continued success in 2019 will depend in part on the bump in play that the underclassmen gain from the year of experience.

Coach's Recruiting Class Comment – Scott Calabrese stated, "These five young men will have a fantastic opportunity to become integrated into our team during a period of training and competition that truly allows for their development and progress.  We can't wait to get started with them."

Summary – Scott Calabrese enters his third season at the helm of the program with an impressive 21-9-5 record. The trend line is headed upward at UCF. The Knights won eight in Calabrese's first season and thirteen in his second. The thirteen wins in 2018 was the program's highest since the 1998 season. The American Athletic Conference's Offensive Player of the Year (Cal Jennings), Midfielder of the Year (Louis Perez) and Goalkeeper of the Year (Yannik Oetti) are all slated to return.  The unexpected early departure from the NCAA Tournament last year should be an additional motivator in 2019 for a program that is developing a winning culture.

Bernardo Brandao – Goalkeeper – Rio de Janeiro, Brazil – IMG Goalkeeper of the Year as a sophomore and junior. Posted ten shutouts in this third season at IMG.