Cal Poly Seeks to Jump Start Its Attack With the Addition of Six Newcomers. 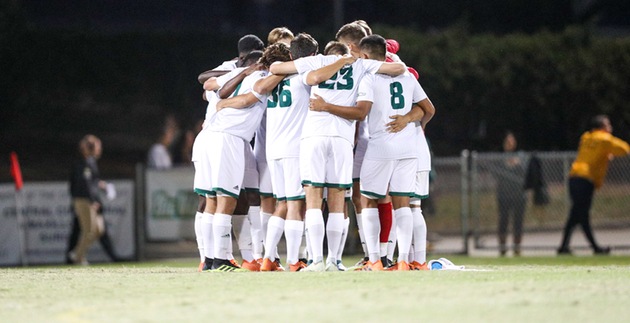 Steve Sampson seeks an immediate infusion of offensive firepower in 2019 with the addition of a six member recruiting class that includes two graduate transfers, three junior college transfers and one true freshman.  Additional newcomers will be announced in the spring.

Departures and Gaps – The Mustangs will enter the 2019 season without the services of five seniors from the 2018 team that was 5-9-2 overall with a 1-5-1 mark and last place finish in Big West Conference play. The departure of forward Sean Goode and goalkeeper Simon Boehme creates a priority gap. Goode, a 2018 All-Big West First Team selection, led the Cal Poly attack last year with seven goals. Boehme was the starter in goal for the past two seasons. Forward Jared Pressley (0g, 1a), midfielder Jose Rivera (0g, 3a) and defender Nick Carroll who started forty-four contests during his tenure in San Luis Obispo will also be missed.

Opportunities for Improvement – Offensive productivity. The departure of Goode leaves Cal Poly without a go-to goal scorer. Midfielders Emmanuel Perez (3g, 2a) and Diego Alonso (2g, 2a) are the only returning players who scored more than a single goal in 2018. Cal Poly scored a total of seventeen times last year while allowing opponents to score twenty-one times. The Mustangs were shutout seven times in 2018. Cal Poly played well at times but their lack of punch and creativity on the offensive side of the ball resulted in a small margin for error which made winning difficult. The emergence of several playmakers in 2019 without a decline on the defensive side of the ball should provide Cal Poly the edge they need to win more of the close contests that eluded them last year. Graduate student transfer Spencer Held who scored a total of six goals during the 2015, 2016, and 2017 seasons at California looks to be the most likely candidate among the six early signees to add an additional dimension to the attack.

Summary – Cal Poly faces an uphill but not insurmountable battle. Sampson knows what it takes to win at the highest level but it remains to be seen whether the Mustangs will have the talent and depth needed to move upward in 2019.  The 2018 season was the third in a row in which the Mustangs allowed more goals than they scored. That ratio has to change in order for Cal Poly to increase its win total in 2019 and move out of the Big West cellar. The 2015 season was the last time that the Mustangs scored more goals (29) than they allowed (24).  It is noteworthy that Cal Poly was 11-5-5 overall in 2015 and earned a berth in the NCAA Tournament.