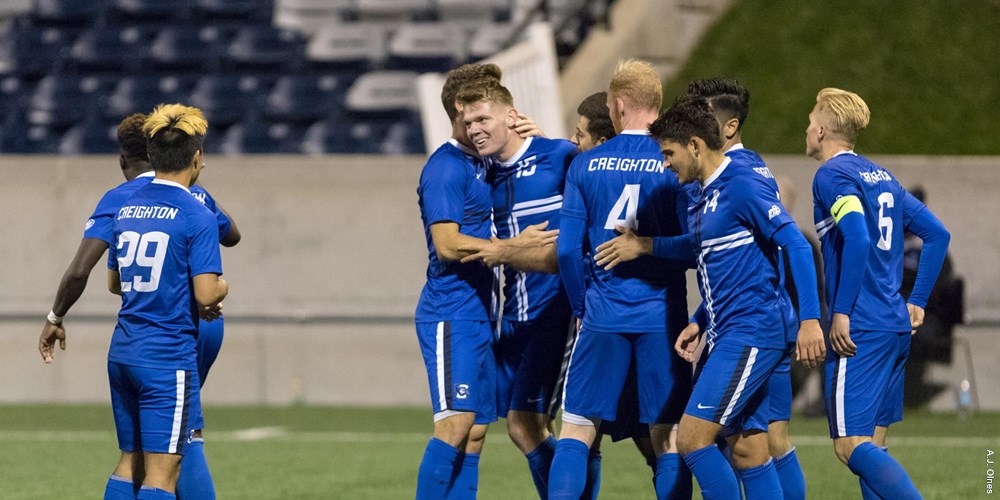 The Johnny Torres era begins at Creighton in 2019 with the addition of an eight member recruiting class that includes three transfers who will participate in spring workouts and five freshmen.

Departures and Gaps – The Bluejays will be without the services of a six member 2018 senior class that included four starters. The departure of forward Sven Koenig (10g, 0a) who was the Big East Offensive Player of the Year and midfielder Joel Rydstrand (0g, 5a) who was the Big East Midfielder of the Year creates a void that must be filled on the offensive side of the ball. The loss of backs Akeem Ward (2g, 4a) and Mitch LaGro results in a talent and experience gap that must be addressed on the defensive side of the ball.

Opportunities for Improvement – Offensive productivity. The Bluejays scored a total of twenty-four goals last year while allowing only twelve. Defensively Creighton was solid. They only allowed two goals in one game last year.  You have to go back to the 2009 season to find a year in which Creighton's productivity on the offensive side of the ball was less than in 2018. The issue is not as much the total number of goals they scored but their inability to come up with the big play needed to provide the edge needed to win key contests. Creighton was 0-3-1 last year against teams with an RPI in the top fifty. The Bluejays have to find a way to win the close contests that eluded them last year in order to return to the NCAA Tournament field in 2019. Creighton had a very competitive team last year but the difference between winning and losing can be slight. If the Bluejays can improve their offensive output just a bit in 2019 while maintaining their effectiveness on the defensive side of the ball, they will be among the top teams in the country.  What Creighton needs to do to improve in 2019 is pretty clear. How and who is going to do it is not.

Summary – The 2019 season looks to be a tipping point for Creighton.  A two year absence from the NCAA Tournament is a blip on the radar screen but a three year absence is a trend. Creighton qualified for the NCAA Tournament twenty-four out of twenty-five times from 1992 through 2016. They were uncharacteristically missing from the field in 2017 and 2018. Last year the Bluejays were 11-4-3 overall, they won the Big East regular season title, and finished the year with an RPI of thirty-one. Creighton was hands down the best team in the country not to be awarded an at-large berth. The fact that Creighton was 0-3-1 against teams with an RPI in the top fifty was a factor. It was unfortunate that the Bluejays' wins in 2018 over Clemson and Butler didn't have the same impact as in past years since both had down seasons.

Creighton is steeped in tradition with a storied history of success. As a player, Johnny Torres did as much as anyone to help build that tradition. Now, the two-time National Player of the Year and long term Bluejay assistant coach will seek to do the same as the program's head coach.  The Bluejays have successfully utilized transfers in the past to fill voids. Forward Matt Puig who transfers in from New Mexico looks to be the most likely newcomer to provide immediate punch to the attack.

Chaz Andriot – Midfielder – Shelbyville, Kentucky – Martha Layne Collins High School – A sophomore transfer from Louisville where he played in eight contests in 2018. Redshirted the 2017 season. Played for the Indiana Fire for three seasons in the U.S. Soccer Development Academy.

Matt Puig – Forward – Edmond, Oklahoma – Deer Creek High School – A junior transfer from New Mexico where he scored three goals and added three assists in 2018. Played at Tulsa in 2016 where he was an American Athletic Conference Second Team selection. Scored eight goals and contriubuted one assist at Tulsa in 2016. Played club for Oklahoma FC "A" from 2011 to 2014.

Luke Mitchell – Defender – Centennial, Colorado – Regis Jesuit High School – Playes for the Atlanta United 2 team in the USL. Played for Colorado Rapids DA. Selected for U17, U16 and U15 National Team rosters.