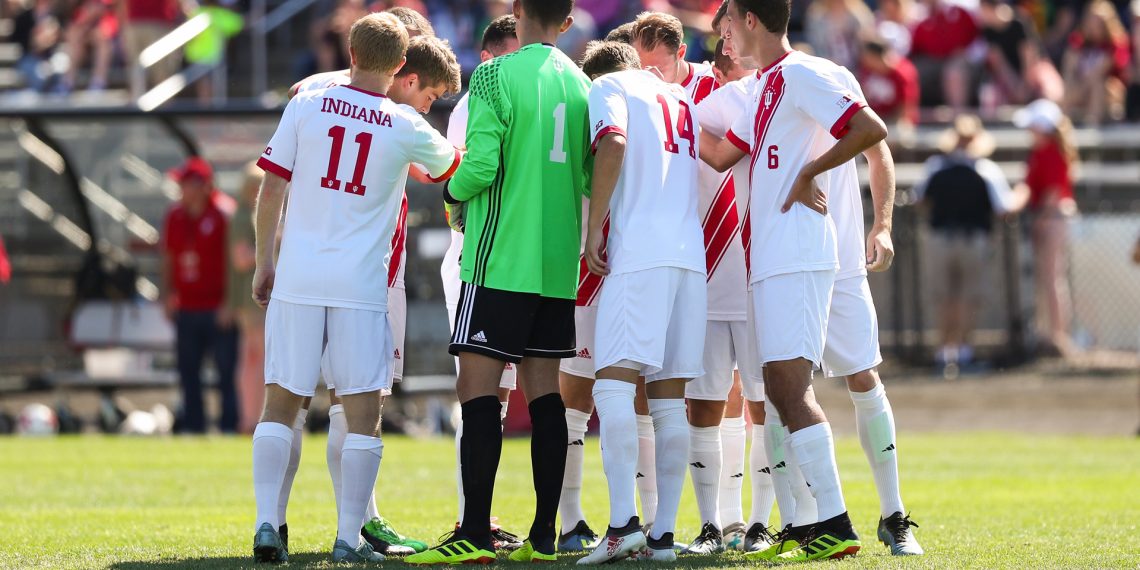 Todd Yeagley took a positive step in the reloading process with the addition of a very talented twelve member recruiting class that includes one senior transfer and eleven true freshmen.

Departures and Gaps – Indiana will be without the services of the strongest and most productive 2018 senior class in the country. The eight member class included starting backs Andrew Gutman (11g, 9a), Timmy Mehl (3g, 2a), and Rece Buckmaster (4g, 3a), defensive midfielder Francesco Moore (0g, 4a), midfielders Jeremiah Gutjahr (1g, 1a), Austin Panchot 5g, 4a), Trevor Swartz (1g, 16a), and Cory Thomas (2g, 3a).  The Hoosiers will also be without midfielder Justin Rennicks (6g, 0a), forward Griffin Dorsey (5g, 5a), and goalkeeper Trey Muse who elected to leave early to enter the professional ranks.  Gutman was named the 2018 Hermann Trophy winner.  Gutman, Muse, and Dorsey were consensus All-America selections.

Opportunities for Improvement – The cupboard is not completely bare at Indiana but clearly restocking is in order heading into the 2019 campaign.  Ten starters have departed the building. Sophomore center back Jack Maher, the 2018 Big Ten Freshman of the Year, is the lone returning starter. Indiana will be without players who scored thirty-eight of the forty-seven goals they scored in 2018. Redshirt junior midfielder Spencer Glass (5g, 8a) and back AJ Palazzolo (4g, 0a) are the only returning players who found the back of the net last year.  Regardless it will be Indiana soccer as usual in 2019. Players come to Indiana to win national championships. The values and expectations are not going to change but it may take a while for the 2019 team to sort out its identity with so many new players in key roles.

Coach's Recruiting Class Comment –  "We are really excited with our 2019 class," Yeagley stated. He added, "We feel this is the best class in the nation. This group of young men will play a big role this fall and beyond. Our fans and supporters are going to enjoy this new crop of young talent as we reload heading into next season. They possess the character qualities essential to build upon our strong team culture cultivated over the past forty-five years."

Summary – Indiana has advanced to the College Cup a total of twenty times including the 2017 and 2018 seasons. The Hoosiers were 18-1-6 in 2017 and 20-3-1 in 2018. Attrition due to graduation creates voids that are known in advance. Early departures to enter the professional ranks are a fact of life in top tier programs. They are usually anticipated but are a little more complex and difficult to plan for. The challenge comes when there are significant losses due to graduation in addition to the loss of key personnel due to early departures. That is the senario Indiana faces heading into the 2019 campaign. The Hoosiers must reload and gel on both sides of the ball. The result will be a learning curve of unknown degree and duration. The good news is that Indiana's 2019 roster will be full of players who are eager for the opportunity to play a greater role. The returning players who saw action last year have impressive resumes. The X-Factor will be the ability of the redshirts and the newcomers to contribute and the coaching staff to merge the individual talent available into a unified team.

Brennan Conger – Midfielder – Cornelius, North Carolina – Played for the DC United Development Academy. Played in over 125 games in the Develoment Academy scoring a total of twenty-five goals. Captain of the DC United U-19 squad.

Simon Weaver – Defender – Holte, Denmark – Senior transfer from the University of Evansville. Two-time First Team All-MVC selection at Evansville where he played in fifty-nine contests with fifty-five starts over three seasons. Had seven assists at Evansville in 2018. Played club soccer with Lyngby BK in Denmark.

Joris Ahlinvi – Midfielder – Gujan-Mestras, France – A senior transfer from FIU where he was a three-year starter and an All-Conference USA First Team selection in 2018 and 2017 and an All-Freshman Team selection in 2016. Ahlinvi scored sixteen goals and contributed nine assists during three seasons including seven goals and three assists in 2018.