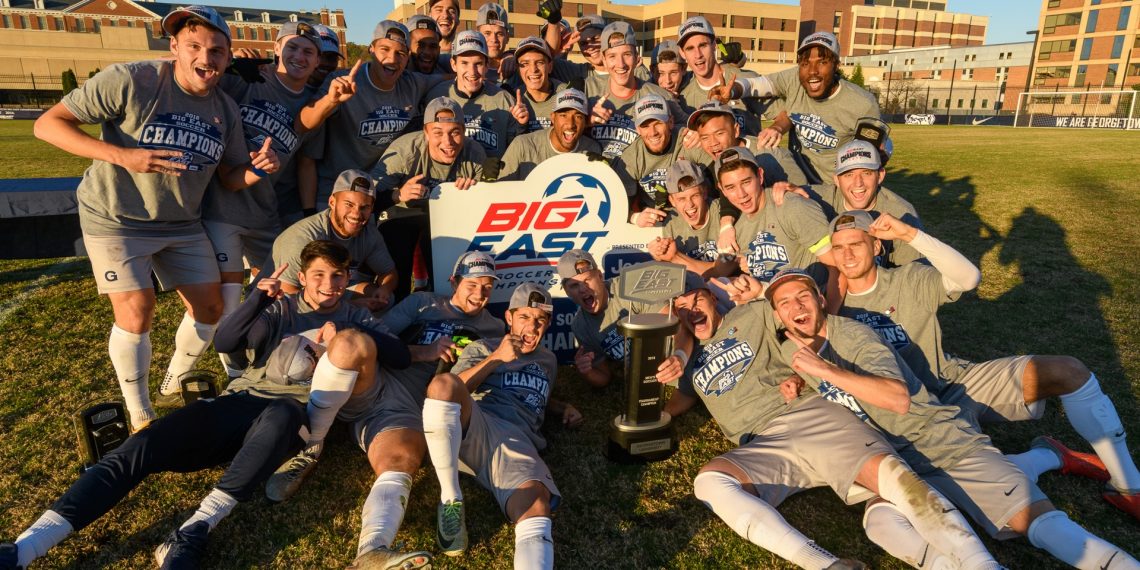 Brian Wiese has announced the addition of a 2019 recruiting class that includes a junior transfer and five freshmen. The class looks to be a good fit for a program that has earned a berth in the NCAA Tournament seven out of the past nine seasons and won the Big East Tournament three times in the past four years. Transfer midfielder Paul Rothrock who will join the program in the spring is among the members of the class who should compete for playing time right away.

Departures and Gaps – The Hoyas will be without a six member 2018 senior class.  The graduation of midfielder Kyle Zajec (4g, 7a) creates a void that must be filled on the offensive side of the ball while the loss of backs Brendan McDonough (1g, 1a) and Peter Schroff (1g, 0a) leaves a key gap that must be plugged in a backline that was a team strength last year. Georgetown will also enter the 2019 season without Zach Samol who was named the head coach at American University. Samol joined the coaching staff at Georgetown when Wiese was named the head coach.  He served as an assistant coach for thirteen seasons including the last seven as the associate head coach.

Opportunities for Improvement – Georgetown was a very competitive team last year but they were a team that was somewhat difficult to get a handle on. The Hoyas matured, developed a little more patience, and settled into a rhythm as the season progressed. They were excellent at creating scoring opportunities but their inability to finish hurt them at times. Georgetown also seemed to have difficulty adjusting to the different styles of play of their opponents.

Coach's Recruiting Class Comment – Brian Wiese stated, "This recruiting class has impact players at every position for us that we feel will help push the level of our program higher."

Summary – The Georgetown coaching staff annually does a good job of identifying and bringing on board talent that is a good fit for the program and is aligned with the needs that must be addressed. The 2019 recruiting class is no exception with several players who should make an impact before their tenure on the Hilltop has ended. The fact that Georgetown always has a good balance of upper and underclassmen in key roles has enabled the Hoyas to reload rather than to rebuild. The 2016 season was the rare exception due to the larger than ususal number of departures which required significant rebuilding and resulted in a subpar six win season.  There are gaps to plug but the bottom line is that the Hoyas will be in reloading not rebuilding mode in 2019.  The ingredients look to be in place for another productive season.

Will Sands – Forward – Rye, New York – Played at IMG Academy as a freshman and sophomore. Scored four goals in eight international games for the U.S. U-17 National Team.

Paul Rothrock – Midfielder – Seattle, Washington – Lakeside School – A junior transfer from Notre Dame.  Will join the team in the spring and particpate in training. Played in thirteen contests at Notre Dame last year as a sophomore with three starts. Two-time All-State selection at Lakeside School. Played with Seattle United and the Seattle Sounders FC.  Was called into the U-18 U.S National Team camp and saw action in contests against Russia and Belgium.

Siggi Geirsson – Defender – Reykjavik, Iceland – Oakley College – A graduate student transfer from the University of New Hampshire where he was a team captain in 2018.  Played in twenty four career games at UNH with twenty starts.