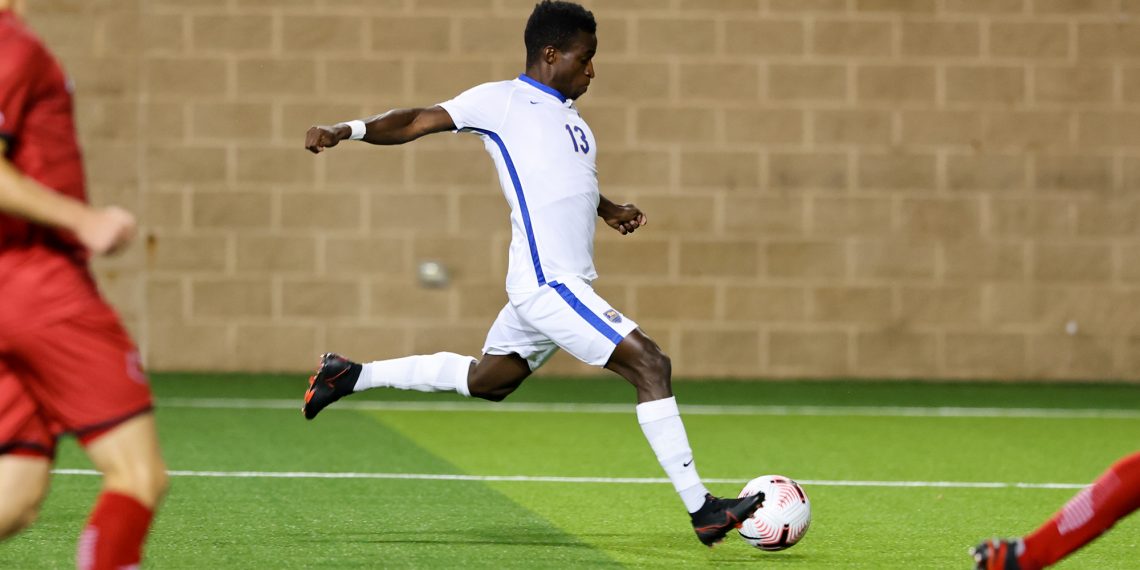 Dexter scored in the fourth minute of play out of a corner kick with a double assist from teammates Veljko Petkovic and Raphael Crivello to set the pace for a 5-0 Panther win over Virginia in an Atlantic Coast Conference contest. Dexter also contributed the assist on the goals scored by freshman forward Luke Peperak and freshman midfielder Filip Mirkovic.

The win enabled the Panthers to clinch the ACC Coastal Division championship for first time since they joined the ACC in 2013.

Pitt is now 13-2-0 and will travel to face ACC Atlantic Division champion Clemson on Saturday, April 17 with the conference’s automatic berth on the line. Clemson topped Pittsburgh 2-1 back in November when the two teams meet in the finals of the 2020 ACC Tournament. The rematch looks to be a great college soccer contest.

Dexter who hails from Brooklyn, New York has scored five goals and contributed five assists to date as a key part of an explosive multi-dimensional Panther attack that has produced a total of 37 goals.