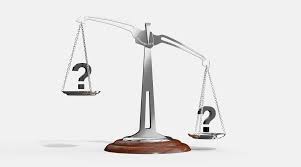 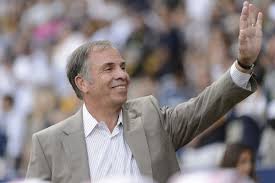 Arena’s Cavaliers were widely considered the best the college game produced and were noted for a sophisticated, entertaining style of play.  Even the often critical Paul Gardner of Soccer America observed favorably in 1993 “A free-flowing, attacking team, with individual soccer talent visible in every position….a joy to watch.”  (Woitalla 2014). 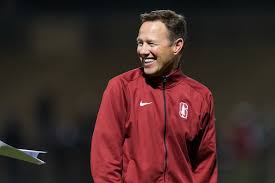 While Gunn’s Cardinals are extraordinarily successful, and once again serious contenders to repeat as national champions, their style of play does not inspire the same admiration as Virginia. Unlike the 90s Virginia teams, the Cardinals are sometimes criticized for rugged play (Warshaw 2016), reliance on set-pieces (Moore-Bloom 2018), and for preferring a more direct, counter-attacking game (AP 2016).

Despite enjoying similar successes, Stanford and Virginia approached the game much differently.  We thus sought a closer, statistical examination of the two programs.  How do they compare across the championship years?  How truly dominant was Virginia?  Is Stanford of equal measure?

Virginia’s stellar attack is also evident when comparing total shot ratios. Total shots ratio (TSR) quantifies how frequently a team shoots compared to its opponents.A ratio of 0.50 indicates a team conceded as many shots as it took, and a value over .50 shows the team outshot its opponents. In addition, high TSR teams generally possess the ball more than low TSR teams (Joslyn, Joslyn, Joslyn 2017c).

Ratios in the high 0.50s and low 0.60s are excellent.  In fact across Division 1 teams, Stanford’s ratios are consistently in the top 25 percent.  But Virginia was at another level.  Their ratios would be in the very top percentile today (Joslyn, Joslyn, Joslyn 2017a).

Moreover Virginia converted their shots to goals with exceptional efficiency.  Shot efficiency (SE) is measured by dividing goals by the number of shots taken.  Though moments of individual brilliance are included, this metric generally reflects the quality of chances a team creates.  The average for Division 1 hovers around 0.10:  One goal for every 10 shots.  On this dimension, Stanford does not exhibit special talent.  Virginia does.  Virginia’s efficiency once more underscores a superior attacking team.

However, it is a defensive metric, opposition shot efficiency (OSE) that distinguishes Stanford.  An opponent’s shot efficiency of 0.06 placed Stanford in the top 5 percent of Division 1 teams, and the 0.04 achieved in 2017 reflected a remarkable defensive squad.  Stanford in fact held the competition to about half the efficiency level that its own attack produced – compare SE to OSE.  By contrast, Virginia’s opponents enjoyed very high efficiency.  For example,during the 1994 season, for every 10 shots Virginia’s competition created, they hit the back of the net 1.6 times.  A curiously poor stat for a championship team.[2]

In addition, Virginia dramatically reduced the shot efficiency of its opponents.  In their 1994 tournament run, the Cavaliers held the competition to 0.06 shot efficiency, a fantastic 0.10 improvement from the season statistic.

Not to be outdone, Stanford nearly perfected its tournament defense.  Since their 2015 quarter-final against Wake Forest, Stanford has not conceded a goal.  Twelve straight NCAA tournament games – a stretch of 1,214 minutes, 20 seconds (NCAA 2017).  Across the ten 2016 and 2017 tournament games, Stanford’s opponents shot 105 times yet failed to score!  For the same number of tournament games in 1993 and 1994, Virginia’s opposition shot 90 times and scored 6 times.

Playing entertaining soccer and scoring beautiful goals leaves a lasting impression.  Consecutive shutout victories does not leave that same impression.  How a team wins championships may thus determine its legacy. Virginia produced exceptional attacking numbers.  Stanford produced an impenetrable defense.  Both are outliers, but in different aspects of the game.  Regardless of tactics and style, the teams executed at crucial moments and did so consistently.  Our analyses shows that attacking and defending styles can achieve college soccer’s most coveted title and sustain championship form across multiple seasons.

The analyses also demonstrates that exceptional teams can improve.  Virginia’s opponents’shot efficiency fell sharply during the tournament and dropped across consecutive championship years. An extraordinary attacking team turned a season long defensive liability into a strength during the post-season.

Meanwhile Stanford’s strength flourished during 3 championship runs.  Stanford effectively limited its competition’s capacity to turn shots into goals in the 2015 tournament, and then completely closed the door in 2016 and 2017.  It is often repeated that if the other team never scores we cannot lose.  The Stanford experience certainly support this conclusion.

The vagaries of chance may catch Stanford.  We expect Stanford to excel defensively.  But like Virginia, we think Stanford needs to improve on their weakest performance metric in order to keep the streak alive.  If Stanford’s shot efficiency nears its own 2015 number, the likelihood of a four-peat increases considerably.

Warshaw, Bobby.  2016.  “I want to build an empire”:  How Gunn made Stanford into a superpower.”  FourFourTwo.  December.   https://www.fourfourtwo.com/us/features/jeremy-gunn-stanford-interview-profile-ncaa-college-soccer

[2]Similarly, Goals against Average (GAA) highlights a distinct Stanford advantage over Virginia.  Stanford’s GAA placed in the top 10 of Division 1 teams for the past three years, ranking second to Indiana in 2017. In 1994, Virginia’s GAA of 1.31 would rank it 109 in 2017.

Mark R. Joslyn can be reached at the Department of Political Science, 1541 Lilac Lane, 504 Blake Hall, University of Kansas, Lawrence, KS 66044 or by email at mjoz@ku.edu